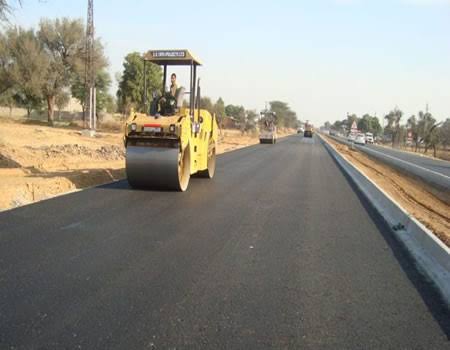 A total of 18 new roads in Ewet Housing Estate Extension constructed by the Akwa Ibom State Government are to be commissioned in May, 2020.

The State Commissioner for Works, Akparawa Ephraim Inyangeyen, dropped the hint while on inspection of ongoing road projects, today.

The Commissioner who expressed satisfaction on behalf of the State Government for the quality of work done by the company handling the roads, Bulletin Construction Nigeria Limited, said the first batch of 14 roads covers a distance of 5kms, while the other 4 covers1.8 kms.

In his words, “I am very impressed by what I have seen here. Out of the first 14 roads, 12 are ready, the 13th one is being asphalted, and drainage for the remaining 5 have been complete, leaving about two weeks for delivery.
So roads have opened up the area and by May, 18 new and roads will be commissioned here. I can see new buildings springing up indicating increase in activities in the area. All credit goes to His Excellency, Gov. Udom Emmanuel, for his sustained interest and funding of these projects to this level. Now His Excellency has created another new part of the Ewet Housing Estate.

In separate chats with our reporters on ground, excited residents of the area expressed gratitude to the State Government for bringing a new lease of life for them. They said the roads have further confirmed the Governor’s concerns and determination to make everyone feel the impact of good governance.

In addition, work on a massive underground drainage system along the Edet Akpan Avenue, otherwise popularly called, Four Lane, is also expected to be completed in a matter of weeks.

According to the Works’ boss, ” This is
to permanently solve the occasional flood issues around some sections of the main Ewet Housing Estate. This will ensure that whether during rain or sun, runoff water does not obstruct traffic or pose any serious problem to residents”.

The Commissioner said the old drainage system for the Edet Akpan Avanue must have collapsed as a result of increase in the volume of water from Ewet Housing and surrounding the areas.

Commissioner Inyangeyen assured that with the new and expanded underground drainage built with the current situation in mind, flooding around this area will be given permanent solution”.