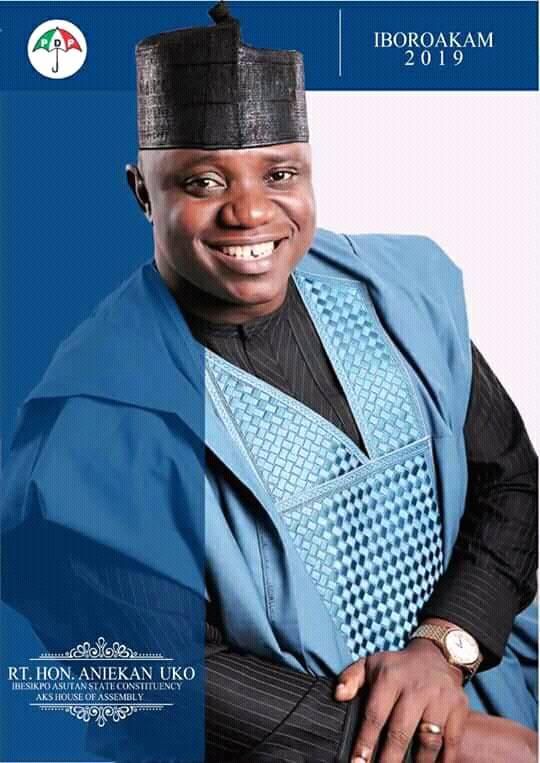 An election is not an appointment.
Yes! Aniekan Uko is ready for the Election.

It must be emphasized that we are not unaware that, few persons who are intimidated by the rising profile, unprecedented performance and overwhelming popularity of Rt. Hon. Elder Aniekan Uko, consequent upon which the LEADERS, STATUTORY DELEGATES, STAKEHOLDERS, MEN, WOMEN, YOUTHS people of Ibesikpo Asutan have massively and unanimously endorsed him for a second term in office are desperately seeking, though in futility to truncate the mass movement that IBOROAKAM 2019 has become.

What an ordinary man or woman in a local community wants, is not too much politics, but good representation, when that is done, the people are happy, and things will naturally take shape, and the voice of the people becomes the voice of God, in this case IBESIKPO ASUTAN people are well represented.

Looking at the tenure of Rt. Hon. Aniekan Uko, successes has so far been recorded in Ibesikpo Asutan local government area, that is because he is a man of the people, he listens to his people, take their advices, and carry out projects that will positively impact on the lives of the people. Without gainsaying, this is the BEST REPRESENTATION so far, ever in Ibesikpo Asutan State Constituency. His one good turn deserves another.

As in his first term, the journey of Rt. Hon. Elder Aniekan Uko to the AKHA is divinely orchestrated and is God’s answer to the fervent prayer of the people of Ibesikpo Asutan. That same God will do it again and no amount of subterfuge, tar brushing, conspiracy of lies or campaign of calumny will stop IBOROAKAM.