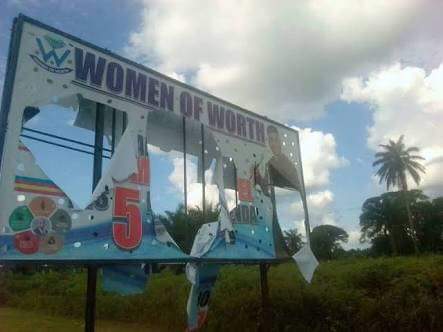 The entire world recently witnessed the proposition of war and the evocation of the theory of Warsaw by the opposition APC in Akwa Ibom state.In reply, we called for caution and admonished that politics should be seen as a game and not war. When the APC donated pistols as a gift to a Governorship aspirant, we shouted that such a gift was improper and highly provocative, especially accompanied by the very daring and inciting words of the presenter. In reply, we were referred to as cowards and alarmists. When our billboards were destroyed, we asked for security agents to intervene , but in reply the APC said that the destruction of our billboards was a measure of the temperature of the people, showing that the populace were disenchanted with the PDP.

Now, that this self imposed war has arrived their doorsteps, they are looking for who to blame. If it was possible, APC would have blamed us for the murder of their members during their direct primaries which almost turned to ‘direct murder’ rehearsals . The deaths in Uruan, Etim Ekpo and other places during their nomination exercise are to be pinned on us. In fact, the alleged brawl between two former senators who are chieftains of the APC must be blamed on the PDP.

We are aware that this blame game is a page in the election playbook of the opposition party to attract sympathy of the populace and justify unnecessary security deployment to Akwa Ibom state during the election. Both the Ukana shooting ,and even the recently alleged shooting at the residence of an APC governorship aspirant, are carefully crafted schemes to artificially raise the security temperature of the state, for political reasons.

Our response now,like it was then is that power belongs to God and HE alone gives to whomsoever he pleases. Nigerians can recall with disappointment the leaked strategy plan of the APC in 2015 where they had proposed to capture Rivers and Akwa Ibok state by influencing the Judiciary to order a rerun in the states. They went as far as suggesting that the President be approached to influence the Justices of the Supreme Court. That 2015 plan though executed to the fullest, failed woefully and exposed the desperation of its plotters.

As a party, we do not engage in violence and brigandage. We believe in law and order. We are not and cannot be held responsible for acts of criminality, fueled by internal party strife and organized propaganda. We and our members have no hand whatsoever in the destruction of any property , campaign materials or the threat to life or actual commission of murder. We completely disassociate ourselves from such dastardly acts and urge the security agencies to take appropriate steps to investigate and prosecute the perpetrators of these nefarious acts(if true) or prosecute the conveyors of false news(if true).

We sincerely advise the opposition APC in the state to focus on creating and propagating their campaign promises and mobilizing voters for the election. We will prepare to meet the APC on the field of politicking rather than on the pages of newspapers and internet.

Please they should be admonished to keep their theater of war within their domain and not for any reason cause it to extend to peace loving persons. Politics and power cannot equate human life, we must respect the sanctity of human life.