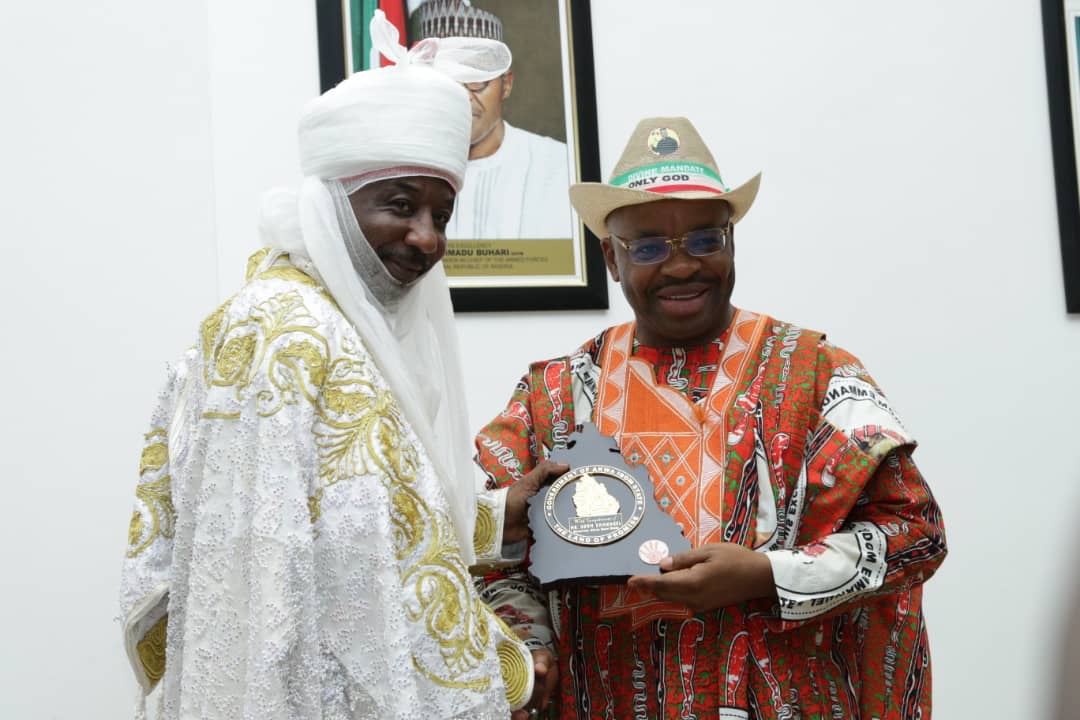 By Okon Bassey in Uyo

The Senior Special Assistant to the Governor on Marketing and Brand Management, Mr. Sam Edoho who made the assertion while speaking with newsmen in Uyo, stressed that the investment would further boost industrialisation drive of the state government.

The Emir of Kano who doubles as the Chairman, Qua Iboe Power Project had during a visit to Akwa Ibom State, last week, told Governor Emmanuel that the state was very peaceful, and a safe haven for investors within and outside the country.

Sanusi who was a one-time Governor, Central Bank of Nigeria (CBN) had explained that the planned investment of $1.1billion by his company, QIPP, would be in the exploitation of gas in the state and indicated that part of the investment would be the development of a Gas power plant, acquired from Mobil which will add 540 megawatts of electricity to the national grid on completion.

Edoho described the project as a mega investment, saying it was a plus and part of the benefits Akwa Ibom people are enjoying as a result of electing a peaceful and focus person into leadership.

Edoho, a brand expert and former Director of Globacom, noted that the governor with his high profile in international business and commerce had put on ground structures that could attract more of such huge investment into the local economy from investors outside the state.

“The visit of Emir Sanusi to Akwa Ibom state can be said to be a continuous harvest of gains by Akwa Ibom people for the right decision we made in 2015 to elect a practical economist, an intellectual and a governor whose career profile is above the par as far as banking, international business and commerce is concerned.” he posited.

Having attended some technical sessions of the scheme, Edoho maintained that the project was not political, but is a serious business for the Emir to leave his comfort palace in Kano to Akwa Ibom State to unfold the investment plan.

“The Emir’s company is investing in Qua Iboe Power Project (QIPP) to the tune of 1billion US dollars. This is mega investment anywhere in the world and it is happening in Akwa Ibom State under the leadership of Governor Udom Emmanuel. This is a plus to our state.” he stated.

He observed that the state in three and half years had moved from zero industry status to over ten functional industries where youths are now earning a decent living.

“We must ensure the peace we are currently enjoying; security, infrastructure and the enable environment continue to prevail.

“We must not miss this unique opportunity of having a governor whose personal profile and integrity is attracting investors to our state and making Akwa Ibom the cynosure of all eyes.”

According to the Emir, Akwa Ibom was chosen for the investments because it has gotten all that his firm needed; including “the Gas, the peace and the human capital.”

The Emir further noted that for a country like Nigeria with estimated population of about 190 million and estimated large youth population, now is the time to start building an economy that would cater for the employment needs of the youthful population.

“If we don’t get it right now, what we will have in the future will be a child’s play compared to what is happening now.” he had stated.