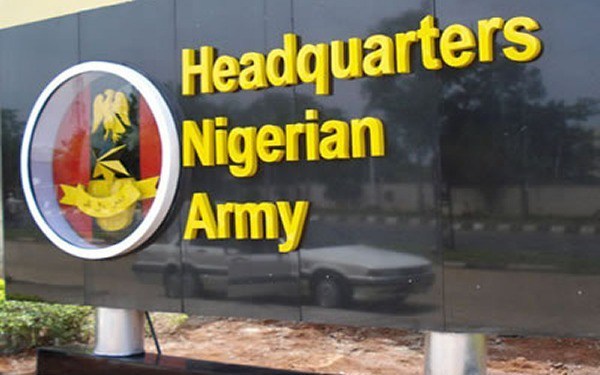 The Coordinator, Defence Media Operations, Maj-Gen. John Enenche, in a statement on Wednesday, said that two soldiers died, while four were wounded in the encounter.

Enenche said the success was recorded by the troops of 25 Task Force Brigade, deployed at Damboa in conjunction with elements of Sector 2 Special Forces, while on clearance operations along the route.

He said the troops outflanked and engaged the criminals with overwhelming volume of fire power forcing them to withdraw in disarray.

According to him, in the aftermath of the encounter, 17 Boko Haram/ISWAP criminals were neutralised, while several others were believed to have narrowly escaped with varying degrees of gunshot wounds.

He added that cache of arms and ammunitions were equally captured by the gallant troops.

“Regrettably, two valiant soldiers paid the supreme price while four others were wounded in action.

“However, the wounded in action soldiers have been evacuated to a military medical facility and currently responding positively to treatment.

“Meanwhile the Theatre Commander Operation LAFIYA DOLE, has been directed to immediately deploy a Special Forces Battalion to reinforce and dominate Damboa – Bulabulin – Maiduguri axis,  to completely deny the terrorists any chance of escape during the final assault against the criminals.

“Members of the general public particularly residents of the area are also requested to remain calm, law abiding and continue with their routine activities as all necessary measures have been put in place by the Theatre Command to ensure all routes are safe for commuting without fear of attack by the criminals.

“The Chief of Army Staff, Lt.-Gen. Tukur Buratai commends the troops for their resilience and patriotism in crushing the remnants of Boko Haram/Islamic State’s West Africa Province criminals.

“He also urges them to maintain the tempo against the criminals as we approach the end of insurgency in our country,” he said.