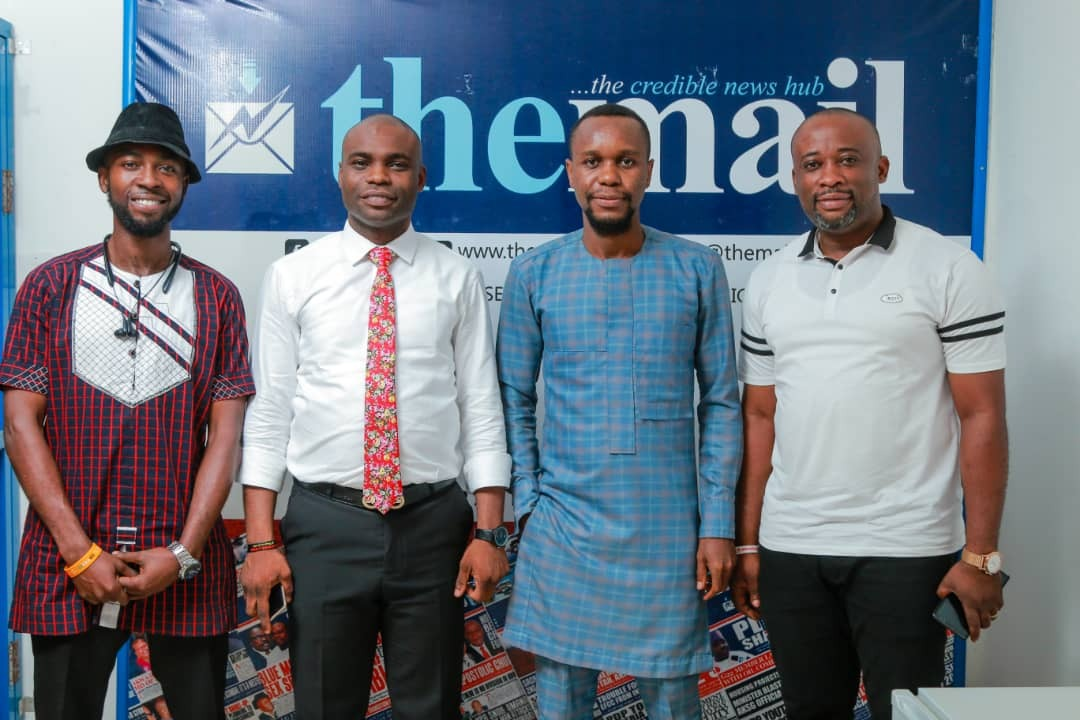 ***CHARGE THEM TO CHANGE THE AKWA IBOM NARRATIVE ONLINE

The visit, according to Mr Finbarr, is to familiarize with the professional body of new media practitioners in the state, in view of cementing the already established working relationship with government, with the aim of changing the narrative of Akwa Ibom state brand online.

The Chancellor in his remark commended Governor Emmanuel for fixing these square pegs in square holes, he stated his believe that considering the pedigree of the gentlemen, they will both match their works with the expectation of their boss, to serve Akwa Ibom people as a bridge between government and new media personnel in the state.

Mr Nseowo charged the Governor’s aides not to disappoint in their new office, as expectations are high from their followers around the world who rely on them for the spread of news about the developmental strides of the Governor in his completion agenda.

In his remark, Aniekeme, who served as S.A media in the last administration commended COOPA for being organized as an umbrella body which coordinates the affairs of the members numbering over fifty (50). He charged COOPA to ensure that the ethics of the journalism and media profession are continually upheld in the discharge of their duties.

In addition, Mr Eyo, who is a founding member of COOPA, thanked the group for the support given him and his boss in the first term. He urged the group to rise up to the responsibilities of maintaining their set standard and to improve on it, before quacks give a wrong impression to the undiscerning public.

It could be recalled that COOPA was founded in 2016 and received the blessings of the Nigerian Union of Journalists, Akwa Ibom State Chapter, following the revolution of new media trends in mass communication.

The courtesy visit, according to Mr Nelson shows the readiness of the government to form a formidable partnership with the group to yield positive results for mutual benefit.