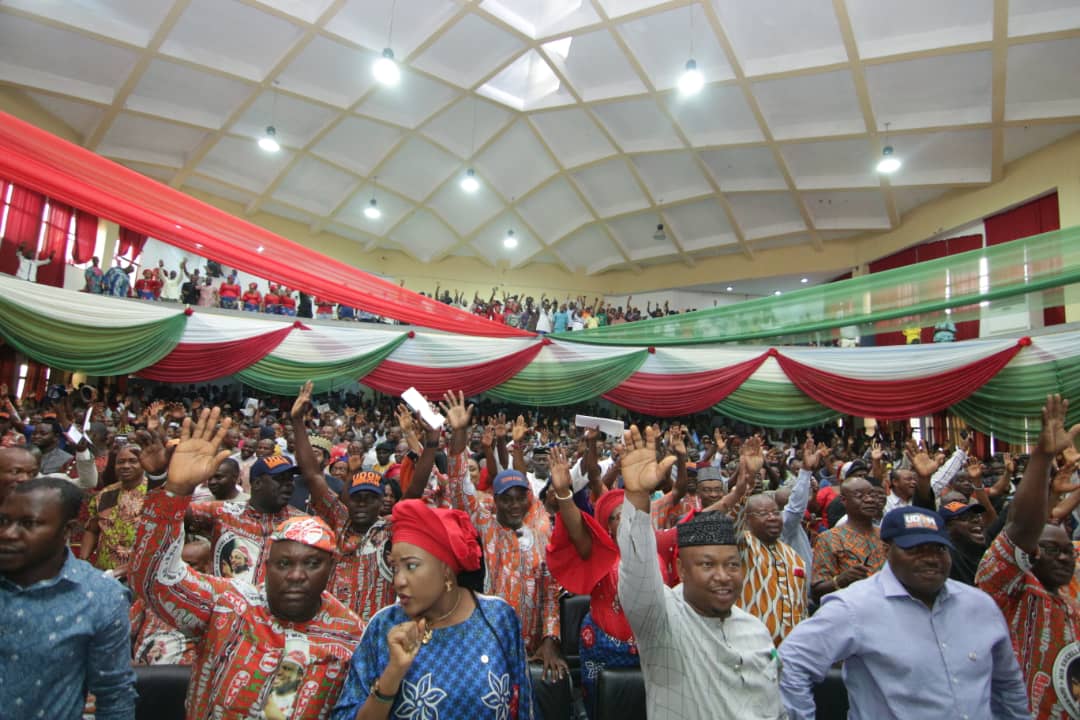 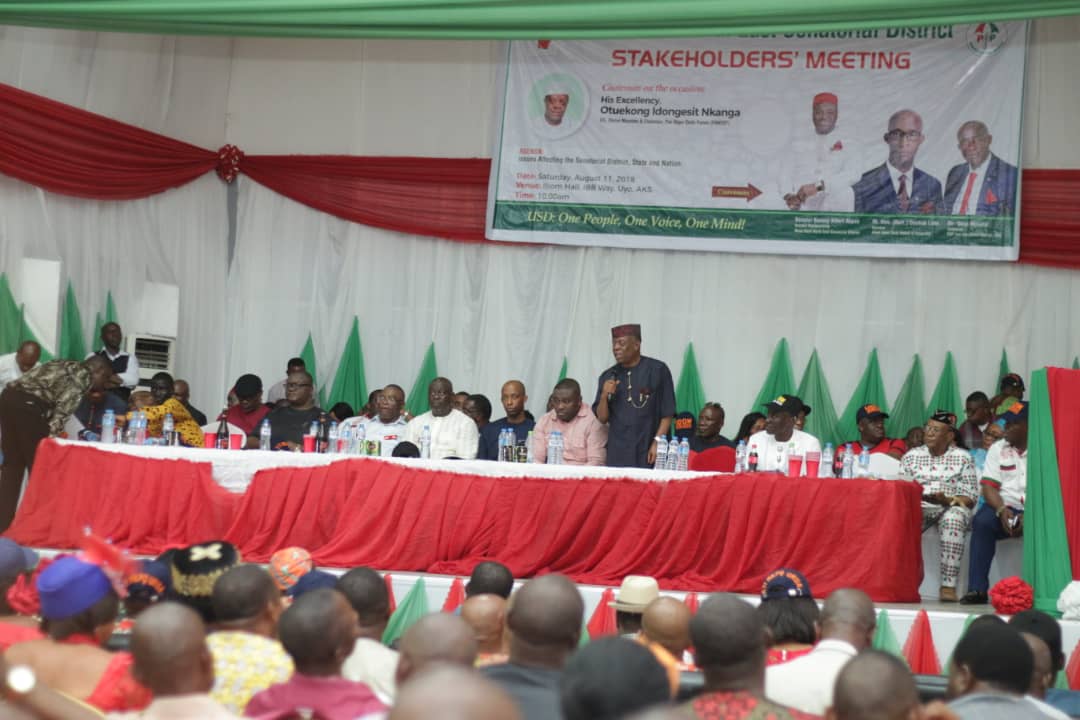 At the meeting, the following resolutions were reached:

1. The Stakeholders reaffirmed commitment to the unity of Akwa Ibom State as an indivisible entity, made up of three (3) Senatorial Districts: Akwa Ibom North-East (Uyo); Akwa Ibom North-West (Ikot Ekpene) and Akwa Ibom South (Eket), under the leadership of His Excellency, Mr Udom Gabriel Emmanuel, devoid of ethnic colouration and bigotry.

2. The Stakeholders took a dispassionate review of the established convention in the sustenance of political leadership in the State since 1999, and accordingly restated its faith in the principle of power rotation among the three component Senatorial Districts of the State for the office of the Governor.

3. The meeting took cognizance of the fact that under the policy of rotation:

c) Akwa Ibom South (Eket) Senatorial District continued in that order in 2015 through His Excellency, Mr Udom Gabriel Emmanuel. In line with the principles of justice, equity and fairness and, in tandem with the already set precedents, it is imperative that the cycle and principle of rotation be sustained. Accordingly, the Stakeholders reaffirmed their earlier endorsement of Governor Udom Emmanuel as variously expressed by other Senatorial Districts, particularly by Akwa Ibom North-East (Uyo) Senatorial District at different fora, and specifically on 20th December, 2016; 9th June, 2017; and 20th April, 2018.

4. Accordingly, the Stakeholders urged all sons and daughters of Akwa Ibom North-East (Uyo) Senatorial District, to continue to mobilize support for Governor Udom Emmanuel’s re-election in 2019 and resist schemes of mischief makers, as this is the surest way to guarantee continued peace, development and progress in Akwa Ibom State. The meeting resolved that power must return to Akwa Ibom North-East (Uyo) Senatorial District in 2023.

5. The Stakeholders also reassessed the programmes and policies of the Udom Gabriel Emmanuel-led Administration, and commended his vision and drive in the actualization of his Five (5) Point Agenda and for creating an enabling environment for peace, unity, investment and development to thrive in the State.

6. The Stakeholders expressed satisfaction with the leadership strides of the ruling Party in the State – Peoples Democratic Party, and passed a vote of confidence on the Obong Paul Ekpo-led Working Committee of the Party and other Party structures at the Chapter and Ward levels.

7. The Stakeholders also reviewed the state of the Nation, with regards to the recent developments within the polity, and condemned in strong terms the excesses of the APC-led Federal Government, in using some Government agencies as tools to intimidate political opponents. These are also seen in recent blockade of the National Assembly; undue interference in the operation of other arms of Government by the Executive Arm of Government, without recourse to the principles of separation of power and the rule of law as enshrined in the Constitution of the Federal Republic of Nigeria and, freezing of some State Government accounts.

8. The Stakeholders commended Distinguished Senator Obong Bassey Albert Akpan for his outstanding loyalty to the Peoples Democratic Party and being focused in delivering on his mandate, despite protracted battles in the courts, which culminated in his recent victory at the Supreme Court on 6th of July, 2018.

9. It also commended Distinguished Senator Bassey Albert Akpan for his resilience in the face of political intimidation, and remaining as the only PDP Senator still standing by the Party and thus representing the conscience of the true Akwa Ibom person, known for honesty and integrity.

11. The meeting also commended our members in the House of Representatives, who have stood firmly by the Party in the pursuit of their mandate.

12. The Stakeholders, in particular, commended the Akwa Ibom State House of Assembly, under the leadership of Rt. Hon. (Barr.) Onofiok Luke, for sustaining a cordial working relationship with the Executive Arm of the Government for continued development of the State.

13. The meeting extolled all Chairmen of Local Government Councils, Councilors and all Chieftains of the Party for their continued dedication and commitment to the cause of the PDP and the overall progress of Akwa Ibom State.

The Stakeholders expressed full satisfaction in the cooperate existence of Nigeria and Akwa Ibom State, and therefore warned all agents of destabilization to desist from all acts capable of truncating our Democracy.

The Stakeholders, while calling on INEC and security agencies to ensure free and fair elections in 2019, also urged all eligible voters in the Senatorial District, who are yet to register or collect their permanent voters’ cards to take advantage of the window and do so before the close of the exercise on August 17, 2018. 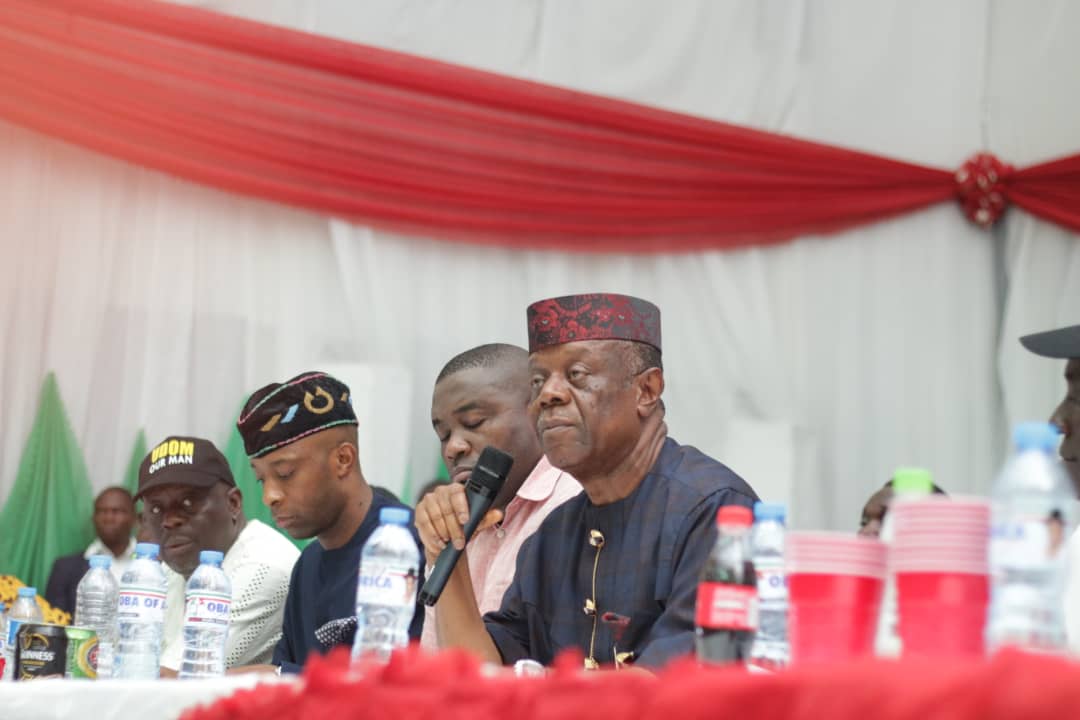 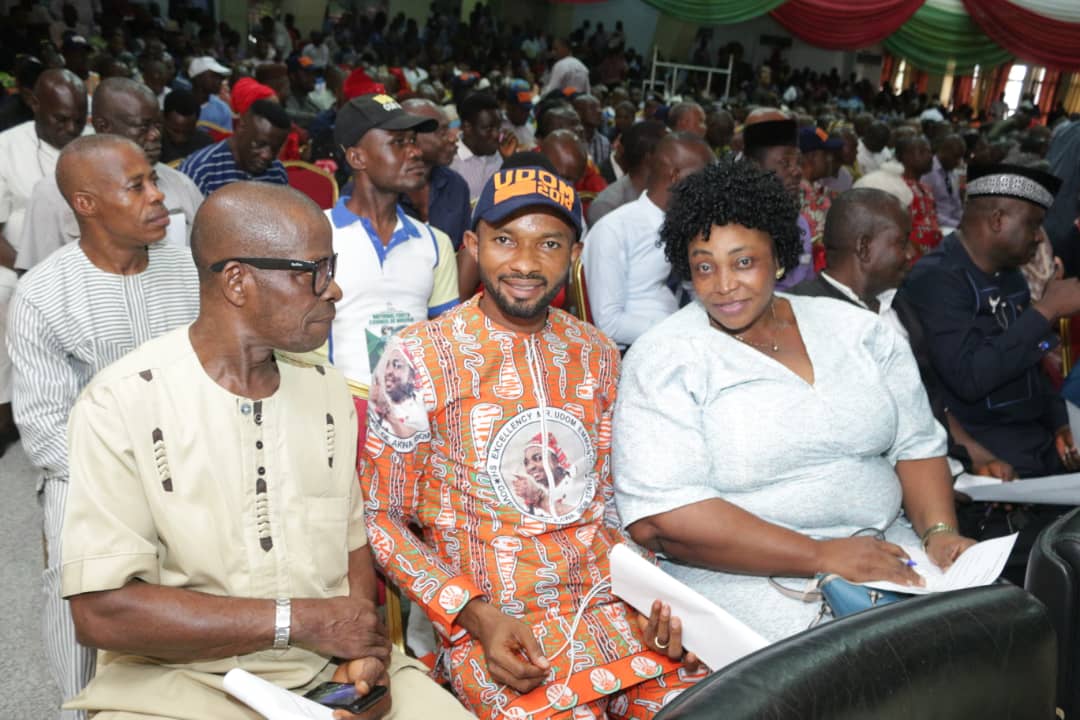 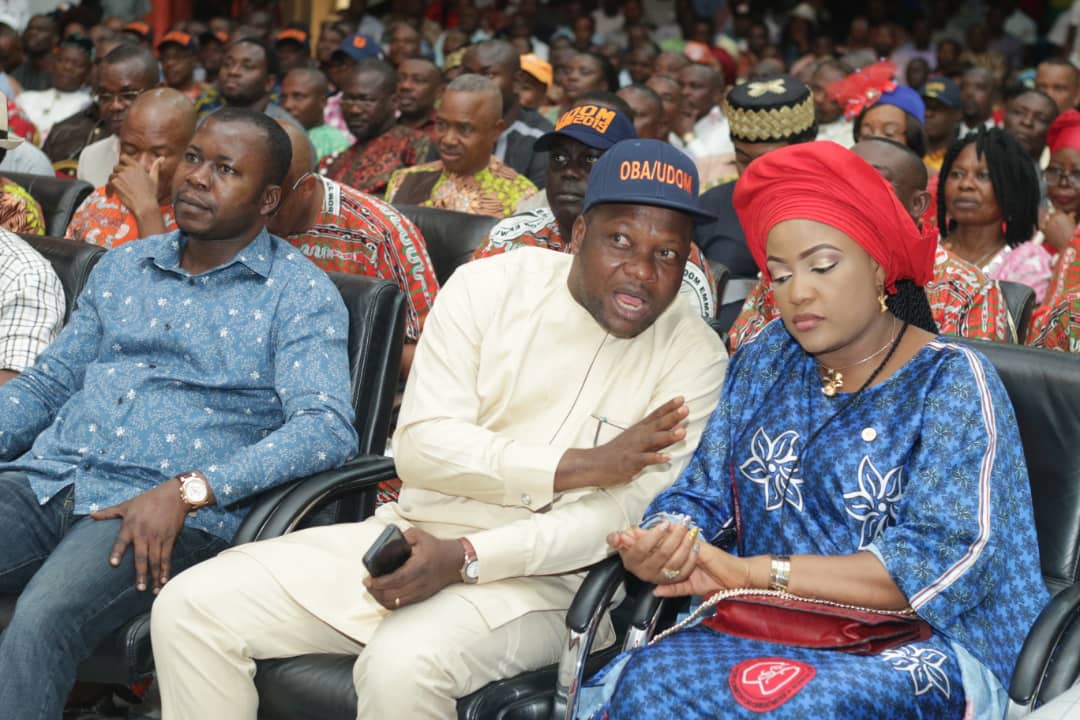 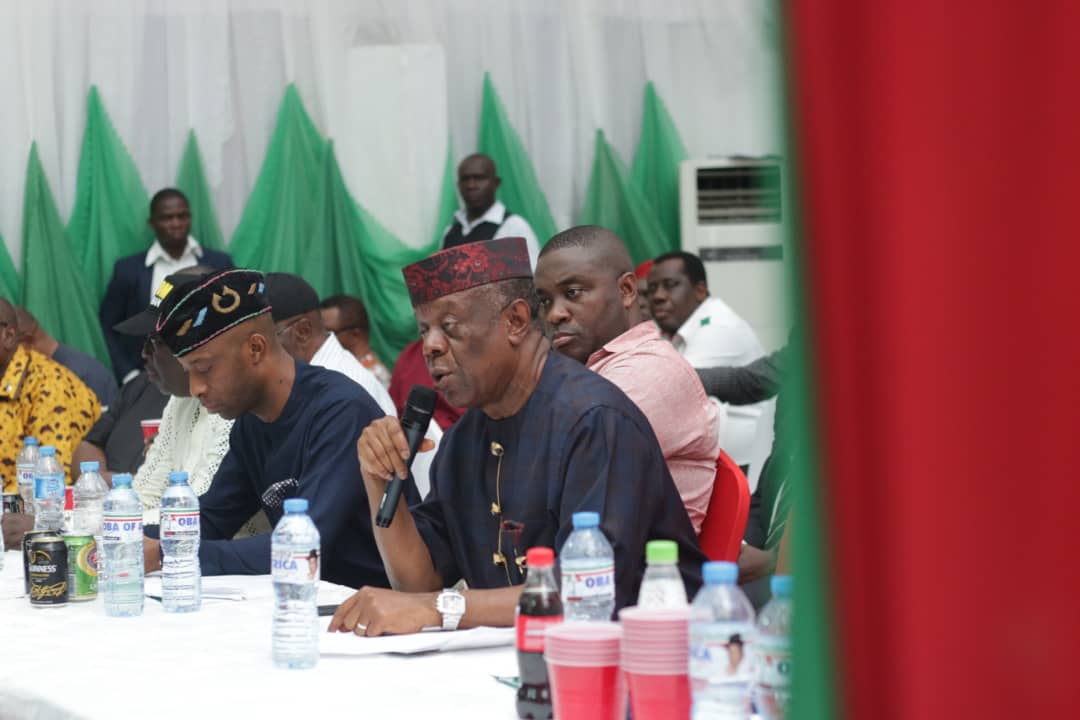 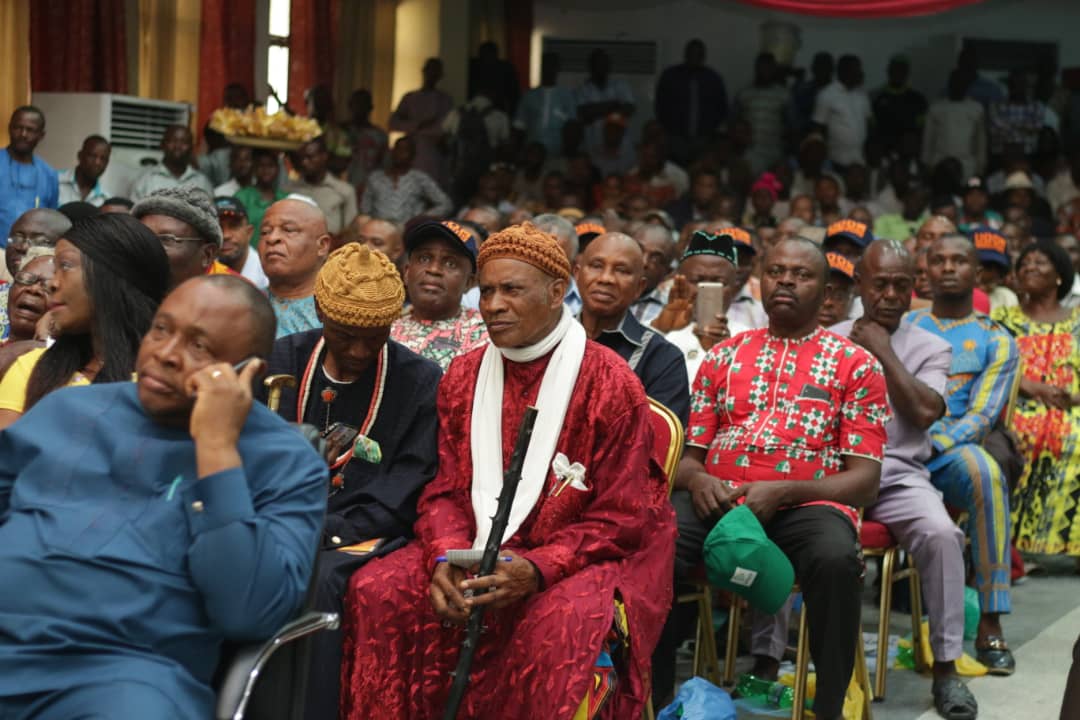 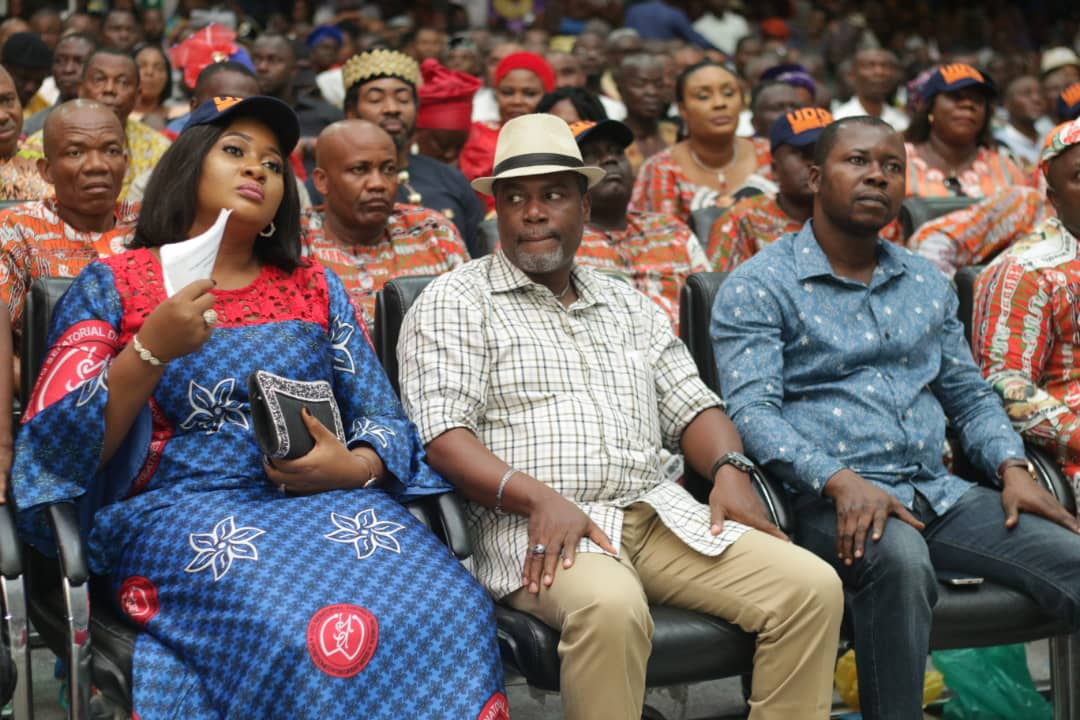