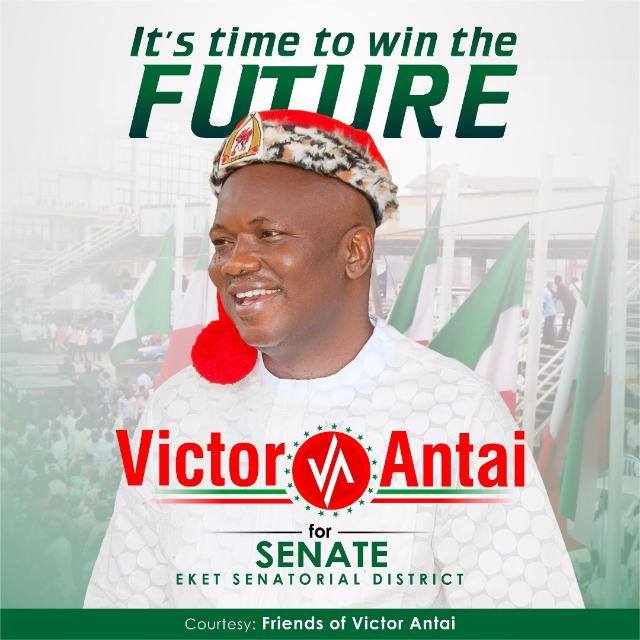 Sacrifice is the price one pays to become all he ever wants–  J. Ortiz

Down the memory lane, the wounds of 2015 gubernatorial election is still very fresh in the minds of so many, from the intra-party primaries to the inter-party general elections and the post-election challenges that engulfed the political ambience of Akwa Ibom State, most especially Eket Senatorial District that was to produce the Governor of the state, need not be over-flogged because of it’s obviously emphatic nature.

As the number one seat that was up for grabs by any of the ethnic groups in the Senatorial District; Ekid, Oro/ Obolo and the Ibibios, there is no gainsaying that every ethnic group went out in full attire and strength, comparing notes and conscripting strategies, inciting their ethnic cronies to war with intent to outmatch the other, just to man the affairs of the oil rich state after Godswill Akpabio.

It was actually a fight for many, 28 aspirants from the district dusted their CV’s from their archive for the perusal of the electorates, all were qualified and certified to govern, all with smashing and luadable achievements in different fields of specialization, but fate smiled at one and the others fumed.

Akwa Ibom was tensed, 1,999,000 votes from accredited voters to the divine mandate candidate, Deacon Udom Emmanuel heated the polity with wild agitations. It beget the dreaded cartel of 22 aspirants, who took a work into the wilderness of despair, 40 days in the Federal capital (Abuja) with just one wish; over turning the mandate that was predistined, yet God stood still.

The situation in Oro was more rattling to the entire political process, having agitated that Oro is supposed to succeed Godswill Akpabio, stating their reasons to be that of tripod; that ONNA, Eket had once produced a governor in the persons of Clement Isong and U.J. Esuene of blessed memory. They were out for a war with the entire A’Ibom, filing their very best of twelve (12) in the cue of possible successor, declaring any Oro son that gave his support to another candidate outside the Oro nation ‘persona-non-grata’ in the land with threats to kill, and to further destroy all the properties of such son or daughter situated in the area.

This reflective and scary ordeal will never be obliterated in the minds of those who suffered humiliation, accusation and unjustifiable crucifixion for a conviction that later spelt ‘UHURU’ and has benefitted the lots that rejected the course in totality.

Victor Antai was a victim of that calamitous situation that faced those ‘die-hard’ supporters of an outsider. It was a weighty decision to sit on the fence when discussions of an ethnic society that had benefitted from the product of his leadership and seeds he sowed as a true politician with basic dignified grassroots support, garnered from his philanthropic, patriotic and humanitarian services as a two term Local Government Chairman.

Antai, who was then aspiring to represent Eket Senatorial District in the National Assembly, with an envisaged ‘sure win’ going by the outnumbering fellowership that prawled the entire district because of his generousity and street friendliness, decided to jettison the aspiration at the detriment of Eket Senatorial District, stood his grounds to defend what he believed was the best for A’Ibom, which is His Excellency Deacon Udom Emmanuel.

Without blasphemy, Victor Antai was the thin god that occasioned the PDP’s win in the Oro axis of Eket Senatorial District. He was the catalyst that stirred the political permutations of the entire Oro Nation in favour of Gov. Udom Emmanuel, depleting the mountanous hope of agitators for ethnic rulership, whose only wish was anchored on the outcome of the 40 days escapades of their queued hopefuls and the opposition party (APC) that slated the Deputy Governorship sit to the axis amidst the wild confrontation and nocturnal calculations.

To the Oronians, during the electioneering period,  Antai owed Oro Nation an apology; an apology that he neglected the cry for one Oro Nation. He owed Oro an apology for sacrificing his paternal conscience to follow an Ibibio son to be Governor, but the reverse is the situation today. The Oro Nation owe Victor Antai a debt of gratitude.

When one traverse the 3.2km Ibaka road, constructed by the Udom’s administration, I think they should say to Victor Antai “thank you for standing above all odds to support a Governor who during a recessive economy remembered us”. When they ply Etebi-Ewang road, I think they should tell him he deserves to be sent on an errand, knowing that his convictions are always right.

As Commissioner, I can remember Governor Udom Emmanuel saying that the culture and tourism ministry under the watch of Victor Antai, has performed exceptionally well, it replicates the same words of the Vice President, Prof. Yemi Osinbajo on the Governor, His Excellency, Mr Udom Emmanuel during his visit to Akwa Ibom to mark her 30th anniversary, saying he is a Clever Governor. It is only those who have exceeded their exceptional expectations that suffer the rain of this applaudable words.

According to Simon J. Ortiz, a leading figure in the Native American literary renaissance that emerged in the 1960s, sacrifice is the price one pays to become all he can be.
Antai has made undeniable sacrifices to the Peoples Democratic Party that proves his loyalty to the cause is unwavering. He has redefined loyalty to differ from Ex Gov. Fashola’s convicting stance during his ministerial screening thus asserting that our loyalty should never be tested.

Rt. Hon. Victor Antai in the face of the ethnic scarecrow, when others jostling for the senatorial District sit today were busy fighting the party, testifying against the mandate in court and trying to ridicule the overwhelming victory with their mischievous quest to announce their connections and power brokering, stood to say it is Udom or no other.

Now that Victor Antai’s loyalty has been tested on the crucible of party’s sacrifice, and his credibility has been proven by his procreations in the Ministry of Culture and Tourism. Methinks, it is time to reward him for his stance in 2015 so that history known as an indelible archive of information to posterity, that replays scenario that was long snoozing in the memories of mankind will have it enshrined that it is good to be loyal and sacrifice for a genuine cause.

It will not be fair, if tomorrow breaks and the PDP attempts to fault J. Ortiz theory of sacrifice by redefining it to suit the caprices of those who will turn around to mock the party, and further leave a caveat in the political archives ‘ no to self-denail, pains, bloody and costly stance in the process of fellowshiping on any political platform, that will in turn urge others who will see his ill  treatment as a reason to retrogress to the caveman’s conviction that politics should be played at the instance of the now’s benefit.

Let’s be true to ourselves even in the hazard of incurring others ridicule than be false and incur our abhorrence. 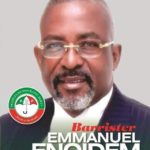