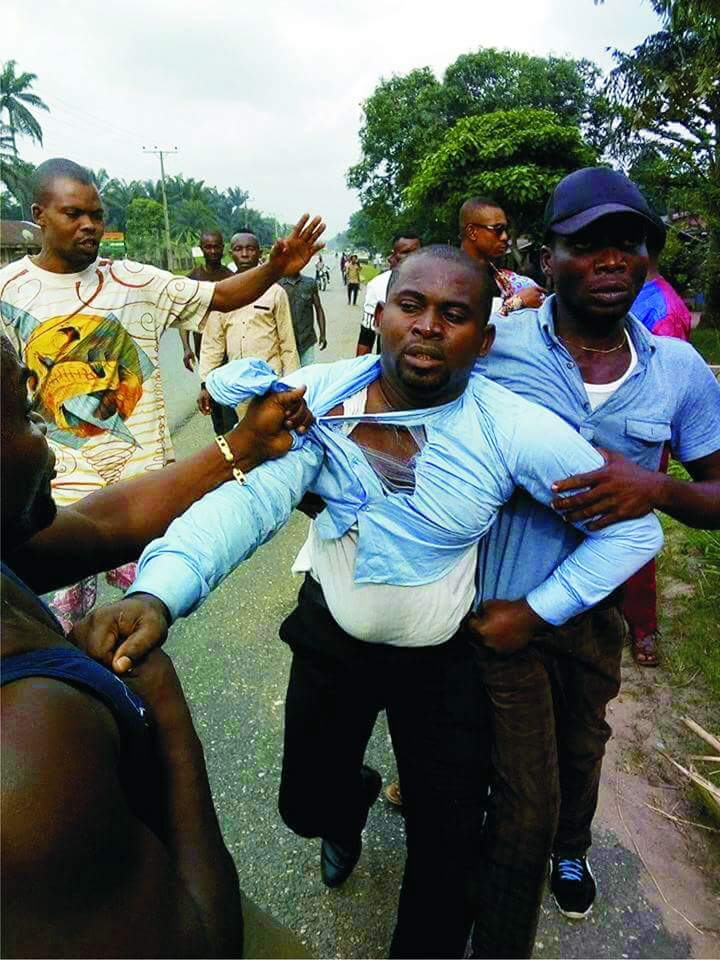 The Police in Akwa Ibom State says that the arrest of some youths in Etim Ekpo Local Government Area about last week was done in accordance with international best practices contrary to what some persons are suggesting in a certain section of the media.

Top police sources who spoke with newsmen said at no time did any retired high ranking police officer from the area used his position to influence the action of the police.

And described the insinuations of being influenced as a decoy used by elements of the society to mislead innocent members of the public.

A top Police Chief maintained that the Force got a verbal and written petition from Mr. Etidu Ukpong a native of Uruk Eshiet Village in Etim Ekpo Local Government Area who complained of being attacked and molested by Ubong Sunday Harry, Ukpono Sunday Harry as well as Mfon Michael Urom and others when he visited his village.

It was gathered that when the police received the petition from Etidu Ukpong, the Force had invited the persons mentioned in the petition to come over to the police station for interrogation and investigations but the accused persons refused to show up.

It was at that point according to the police that a crack team was detailed to track down the accused persons and brought into the police station for questioning and further investigations.

The security boss maintained that it is funny that people will deliberately create harm and ills in the society only to turn back to accuse well placed members of the society when the full weight of the law catches up with them.

The police however maintained that the fake allegations raised by those that encourage criminality shall not deter them from carrying out more arrests especially on the persons mentioned in the petition submitted by Etidu Ukpong.

Meanwhile, investigation by our crime reporter indicates that Etidu Ukpong who works as a civil servant with the Akwa Ibom State Ministry of Science and Technology had visited his community Uruk Eshiet only to be ambushed and waylaid by thugs sympathetic to the House of Assembly ambition of Mfon Idung.

Findings reveal that Etidu is being seen by some thugs loyal to Mfon Idung as being against their principal’s House of Assembly ambition and have warned him of an impending attack anytime he ventures into the village.

Etidu is said to have damned all threats from his kinsmen and went to the village for his routine visitation. Our reporter gathered that he was swooped on by his assailants who almost lynched life out of him but for the quick intervention of some of his kinsmen.

He was however beaten to pulp, his phones and some sum of money carted away from him. Even as some of his personal effects are said to be missing till date.

A thoroughly wounded Etidu Ukpong, eye witnesses informed our reporter had to be rushed to a nearby medicine shop for first aid before he was ferried to an undisclosed hospital in Uyo, the state capital to get more and proper medical attention.

Our reporter gathered that when the victim was able to get back to his feet, he had to for fear of his life petitioned the police and that led to the arrest of the suspects who are presently cooling their heels in the police station at the Force Headquarters in Ikot Akpanabia. Even as some of the suspects are said to be at large.

The police however confirmed to our reporter that the man hunt for the persons who contributed to the assault on Etidu Ukpong has been intensified and as soon as possible, the long arm of the law will catch up with them and they shall be prosecuted accordingly.

Meanwhile, a copy of the petition obtained by THE INK reporter has accused Mfon Idung of being the brain behind the attack on him.

Idung, it was gathered is bent on getting to the House of Assembly come 2019 and has promised to crush anyone or anything that seem to be a stumbling block for him.

Efforts to speak with Mfon Idung proved abortive as at press time. His mobile phone number was not picked despite several calls even as SMS sent to him was not responded to.