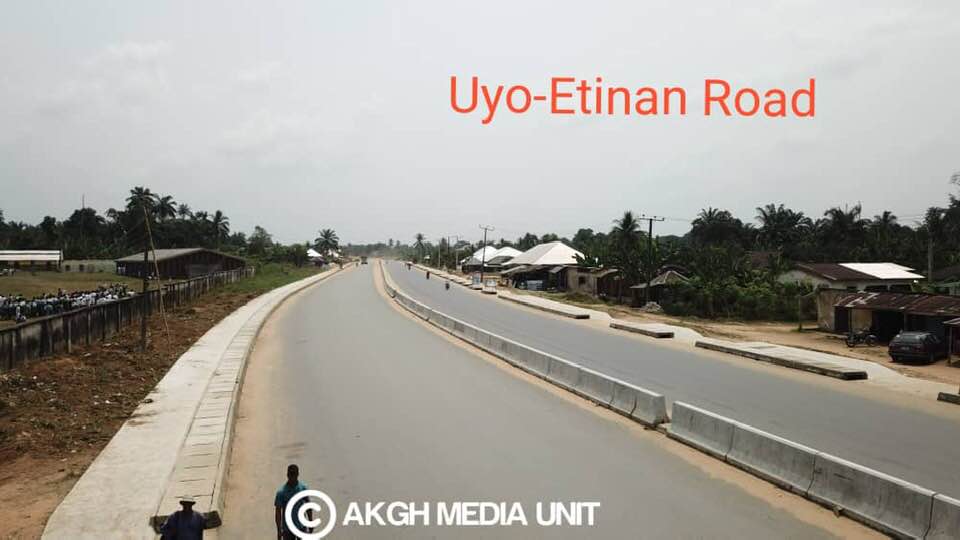 Etinan local government area is now a beehive of activities its fair share of developmental projects since the advent of Governor Udom Emmanuel’s Administration in 2015. Tearing open the area from all flanks, Governor Emmanuel is poised to leave such a resounding statement never heard of, in the once-forgotten ancient town of Iman Ibom.

From the ongoing 20 km Ikot Oku Ikono – Etinan dual carriage project handled by Julius Berger, to the Etinan – Eket route where a 23.4km road being dualized by CCECC with three bridges is ongoing or even the 29km Etinan to Ndon Eyo road project, dualized by Wizchino Engineering (WE). The roads also include the 10.8km road linking Nkana in Etinan with Awa in Onna local government area. And not forgetting some blocks of classrooms in some schools, spotting new looks.

One of which is the Etinan Institute, where the state government did not just renovate some classrooms and hostels, but had gone ahead to set up a functional computer laboratory. But for the two cable bridges on the route, the Etinan – Ndon Eyo road would have been practically ready for inauguration. The bridges are significantly coming out as masterpieces that will be adorned with cable railings, rare in this part of the world. Both at Ekpene Ukpa and Mkpok, the cable bridges look 70 percent completed.

The new story of Etinan, however, begins at Ikot Oku Ikono in Uyo, where the 680m flyover project is expected to be ready by the middle of this year. Construction work on the dual carriageway from Uyo to Etinan has currently progressed to Mbioto 1/ Ikot Ekan area. Right of way has already been acquired and the project area cleared up to Urua Mkpafi (Asuna) with the project gaining momentum.

The ongoing Etinan to Eket road project from the Etinan roundabout is finding its way through Hospital Road in Etinan towards the Afaha Nsit Bridge bordering Nsit Ibom Local Government Area. However, from Ndiya in Nsit Ubium all the way to Urua Offiong Etuk in Okon, Eket, over 8kms, have been completely dualized.

The Bridge along Atabong Road, which is the terminal point of the road is underway and has, for some days now, been a tourism site of some sorts for Eket residents, who throng to admire the piling cranking and fillings, taking place on the river which is known by the locals as Esuk Okpongkpong.

In health care delivery, the local government has witnessed significant interventions, chief of which is the remodeling and re-equipping of the General Hospital, Etinan, commissioned by Vice President Yemi Osinbajo three years ago. Another medical institution visited is the nearly forgotten Leprosy Hospital, which is now wearing a new look.

The movements and intense activities at the various project locations around Etinan local government area have invariably turned the area into a giant construction site, and for Governor Udom Emmanuel, it is still less of talking and more of action.