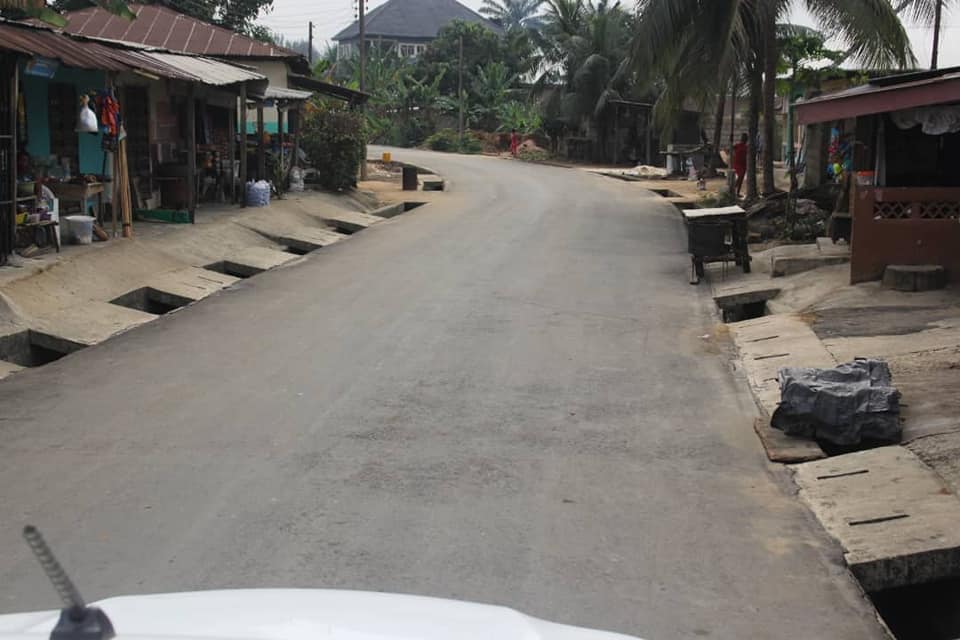 The man, Bassey Udofia, SNR. has been out of Akwa Ibom for three decades and on learning that the plot of land which he ” bought” about that time in Ewet housing estate now belonged to another person, he decided to visit from his base in Ohio, United States of America to confirm that report.
Mr. Udofia, on reaching Ibom airport, a surprise experience, took a cab and told the driver his destination; Ewet Housing Estate. And the driver, who assured the America returnee that he knew the geography of the estate like fishes know water took off through the well paved road from the Victor Attah International Airport.

The driver got to Mayflower school and turned into the Estate but just after 200 meters from the road, Mr. Bassey saw signposts of hotels on both sides of the street! Another ten meters down the road into the estate, the returnee passenger saw an array of hotels, four, down the street.
“But you assured me you knew my destination very well,” Mr. Bassey queried the driver who reassured him not to bother quipping that he was on top of his business.

The drive around the estate became like a merry go round and from whichever direction the driver took his passenger through, several hotels dotted the landscape.
About eleven at night, the driver made his way through the main access of the Estate christened “Maitama” and Mr Bassey , face to face with the market – busy environment, the bevy of half clad young girls who lined up both sides of the drive- in finally remonstrated at the driver ” but I did not tell you to go on a search for a hotel for me to stay.I told you to take me to Ewet Housing estate and for several hours now you have been driving me around a hotel estate !” “Anyways” , he continued “it is nice to know that there is an estate for hotels in Uyo.I see it as an innovation in town planning.

There are several advantages in having a specific area parcellated for hotels in a city but I wanted to see my old property in Ewet Housing estate” !
In his surprise, the driver persuaded his passenger that they were, indeed, in Ewet housing and explained to him that what he noticed where residential houses were sandwiched between several hotels in the estate was a recent development.”It was not always like this”, the driver observed.”These hotels took over the estate during the economic boom years experienced in the state.”

Now, that is the experience and dilemma of several visiting indigenes from the diaspora.
Housing estates sometimes referred to as Government reserved or residential areas (GRA’s) are built to provide shelter, one of the basic necessities in the hierarchy of needs, to ensure that certain groups of people live in a better-planned environment. Top government officials, political leaders, business leaders and successful professionals usually own homes in such estates.It used to be a status symbol to give one’ s address in such an environment. This type of place fosters a sense of community among people from diverse backgrounds drawn to the allure of conventionally well-appointed accommodation in the estates. Some special facilities include well-manicured green areas ( parks)shopping malls, round – the clock security, pharmacies, Specialised medical clinics and recreation facilities so the residents could unwind whenever they feel such a need.
Ewet housing estate was acquired from the Ewet Offot, Eniong Offot, Itiam Communities and envisioned as a combination of high density with small parcels,medium-density and low-density sections.
However, the hitherto prime and serene place of residence is now the location of all manner of commercial businesses, especially hotels, food is ready kiosks, drinking joints, and churches.

The argument here is not oblivious of the fact that commercial allocations are a reality in such estates but a preponderance of that feature of development could provide easy cover for security breaches in a choice area originally parcellated for the very very important persons in the society. The predominance of commercial activities within the estate has effectively destroyed the ambiance of a once sought after place to live.
In one word, Ewet housing estate has , unwittingly, become a HOTEL ESTATE ! . It has lost its lustre, its pride , its glory. It is fast growing into a “ghetto” or a slum with some parts wearing the aesthetics of a typically unkempt police barracks.

One wonders why the managers of that estate have looked away while the integrity of the estate has been compromised.
This circumstance should serve as a compass to new estate developers , particularly, in the Capital city, in their effort to create more functional residential estates to cater for the housing needs of a growing population.
The fact that a once awesome prime residential estate for the “who is who” in the state is now a slum is as clear as moonlight and cannot be covered with the palms.

A resolve by the managers of the estate to clean it up and restore its original vision demands guts, hands, a lion heart and political will.An effort to do this could be inspired by the cookbook used during the Chief Olusegun Obasanjo regime in its attempt to to restore the Abuja masterplan.