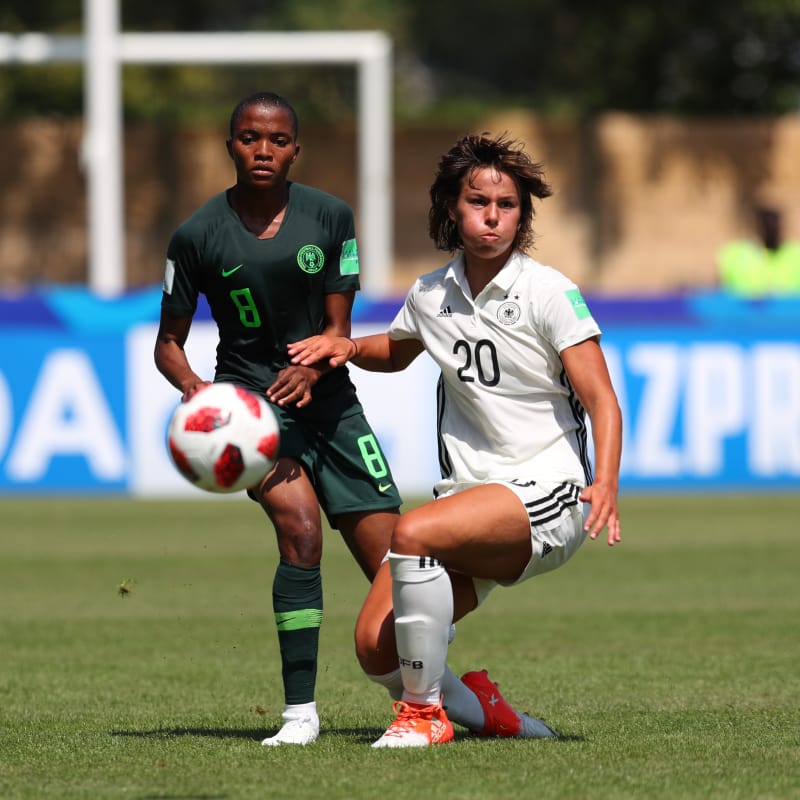 Falconets forward, Rasheedat Ajibade says she’s proud of the team’s performance despite their 1-0 loss to Germany in their Monday’s opening Group C match of the 2018 FIFA U-20 Women’s World Cup in France, reports Completesportsnigeria.com.

‏A second-half strike by Stefanie Saunders gave Germany maximum victory over Nigeria in Saint-Malo on Monday but Ajibade thinks there are lots of positives gained from the defeat.

“Disappointing result today against a good  team but feel proud of our  team and lots of positives to take into the next game. Thank you for all the great support  We go again on Thursday#Togetherwearestronger #RA08 #U20WWC #womeninfootball.

The Falconets will face Haiti at the same venue on Thursday, 9th August before their final group game against China at the Léhon’s Stade de Clos Gastel Stadium on Monday, 13th August.

Super Falcons player, Desire Oparanoize also believes the team improved a lot and can get better in their next game.

“Good game ladies. Wasn’t the result we hoped for, but of course…lots of room for improvement. Thursday will surely be a better date. Heads up  @ Stade Marville,” The Super Falcons striker who was in the stands to watch the game tweeted.