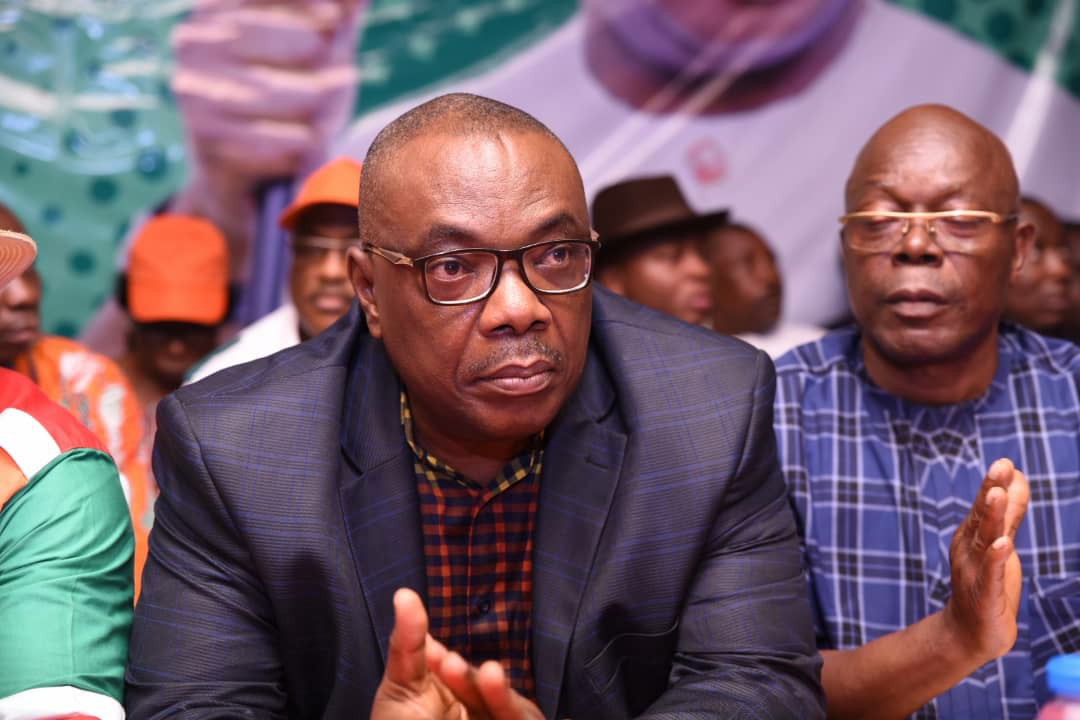 The State Treasurer of the Peoples Democratic Party (PDP) in Akwa Ibom State and newly appointed pioneer Company Secretary of Ibom Air, Barr. Akpadiaha Ebitu stated that President Muhammadu Buhari is recycling old politicians in the country with the released of his Ministerial list yesterday. Ebitu made this submission during a parley with some media practitioners at his country home in Eket.

“President Muhammadu Buhari is recycling old politicians in Nigeria and I don’t see any changes they will bring to the table,” he stated.

Ebitu noted that in as far as the President is at liberty to appoint whoever that he is pleased to serve in his cabinet, he would’ve appointed some technocrats and added to the politicians for optimum results.

On his appointment as the pioneer Company Secretary of the State owned Ibom Air, Barr. Ebitu said it came to him as a surprise as he didn’t lobby for it, but expressed his heartfelt appreciation to governor Udom Emmanuel for finding him worthy for the position and promised to justify the confidence reposed in him by the governor.

He intimated that governor Udom Emmanuel has good plan for Akwa Ibom people as more developmental projects and industrial concern will be witnessed soon in the state as the governor is working tirelessly to ensure that more people benefitted from the next four years of his administration.

He declared that so far about 195 people are working with Ibom Air, assuring of more fleet by 2020 as the company will soon commence Port Harcourt-Abuja route. He described the governor as a professional in politics and visionary leader who is committed to leave lasting legacies in the state for the next generation.

The Eket born legal luminary thanked the media community for their solidarity with his new appointment, assuring them that he will use his position to impact life positively no matter how small. He encouraged the media practitioners in Eket to continue to lend their support to the governor with his completion agenda. Ebitu maintained that governor Udom Emmanuel will leave Akwa Ibom State better than he met it, soliciting for continuous support for him to succeed.