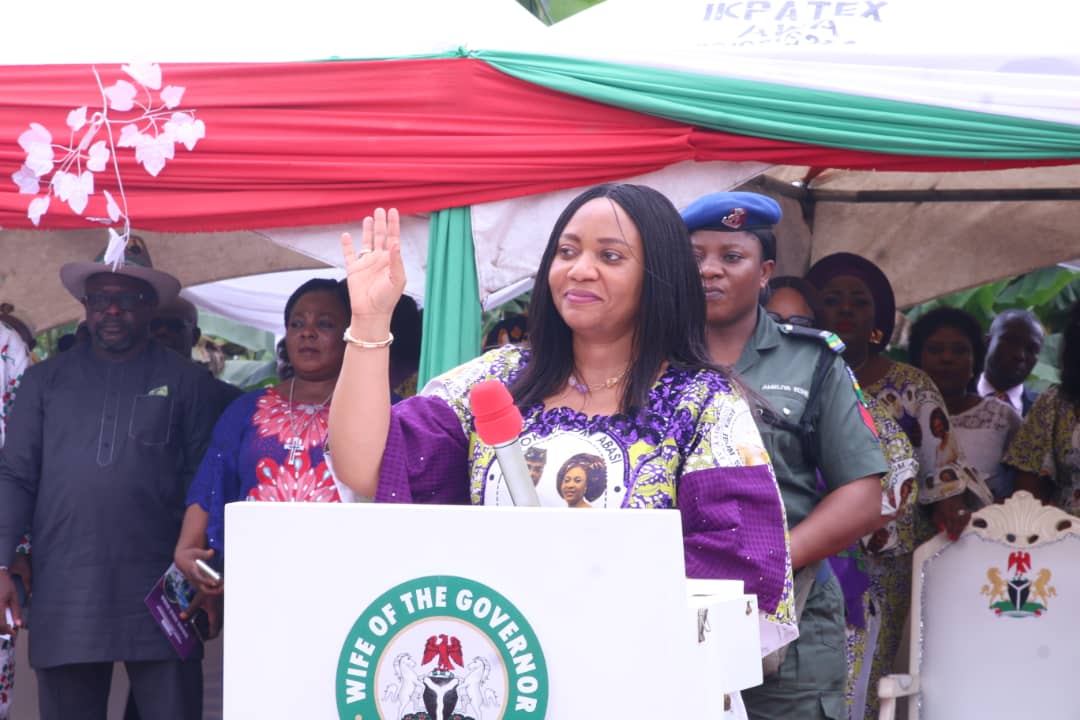 A total number of 70 open stalls and 50 lock-up shops with state-of-the-art facilities have been inaugurated for use at Udua Obo Awa formally known as Udua Ekpo in Onna LGA.

The commissioning which is part of the ongoing markets remodeling project of the Family Empowerment and Youth Reorientation Path-initiative (FEYReP), was performed by the wife of the state governor, Her Excellency Mrs. Martha Udom Emmanuel.

In her remarks during the event, Mrs. Emmanuel averred that every good government ensures that the populace is provided the enabling environment to grow in all sectors, saying the remodeled market is one of the programmes of her pet project aimed at boosting economic empowerment for women.

“It’s our desire to promote food sufficiency by building market stalls in our communities to boost economic and accessibility to farm produce”, Mrs. Emmanuel posited.

She said FEYReP in the last few years has been consistent in its support of the present administration by constructing befitting markets across the state with a view to adding value to the lives of people especially women in rural communities.

The First Lady advised the beneficiaries of the open stalls and shops and as well the youths of the community to help keep the market clean in order to attract more attention.

Also speaking, the coordinator of FEYReP Mrs. Ime Inyang, said the remodeled market was part of Her Excellency’s efforts to better the lots of the women especially in the rural communities, stating that FEYReP remains a pacesetter in touching lives.

Goodwill messages from political stalwarts of Onna such as the Member representing Eket federal constituency, Hon Pat Ifon, member representing Onna in the statehouse, Rt. Hon. Nse Essien, the Commissioner for Agriculture and Women Affairs, Dr. Glory Edet, the Paramount Ruler of Onna, His Royal Majesty, Raymond Inyang, the immediate past SA on Trade to the governor, Mr. Idoreyen Raphel and the market woman leader, Madam Augusta Nelson all appreciated the governor’s wife for bringing home the project.