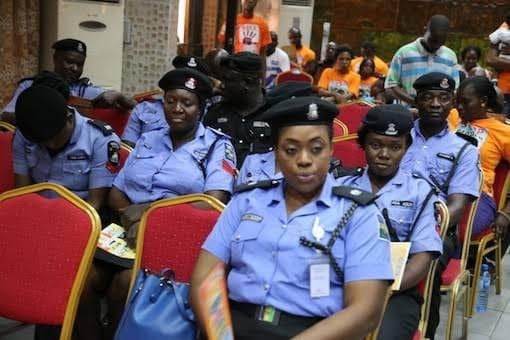 The Nigeria Police Force (NPF) has sacked a female corporal identified as Olajide Omolola for getting pregnant while being unmarried.

According to a report by The PUNCH, the NPF announced her dismissal in a wireless message that originated from the department of finance and administration in Ado Ekiti.

The document was addressed to the divisional police officer (DPO) at Iye Ekiti where Omolola is based.

In the message, the chief financial officer in Ekiti was asked to relay the information of her dismissal to the Integrated Personnel and Payroll Information System (IPPIS) to ensure that her salary is stopped.

Section 127 of the Police Act and Regulation against women police getting pregnant before marriage W/PC (woman corporal) Olajide Omolola passed out of Police Training School on 24/04/2020 attached to yours contravened above provisions,” the statement read.

Omolola had completed police training on April 24, 2020, and was attached to Iye Ekiti.

Section 127 of the Police Act states that: “An unmarried woman police officer who becomes pregnant shall be discharged from the Force, and shall not be re-enlisted except with the approval of the Inspector-General.”

In September last year, President Muhammadu Buhari signed into law the Nigeria Police Act, 2020, which repeals the Police Act, 2004, however the young woman was still sacked based on the repealed act.