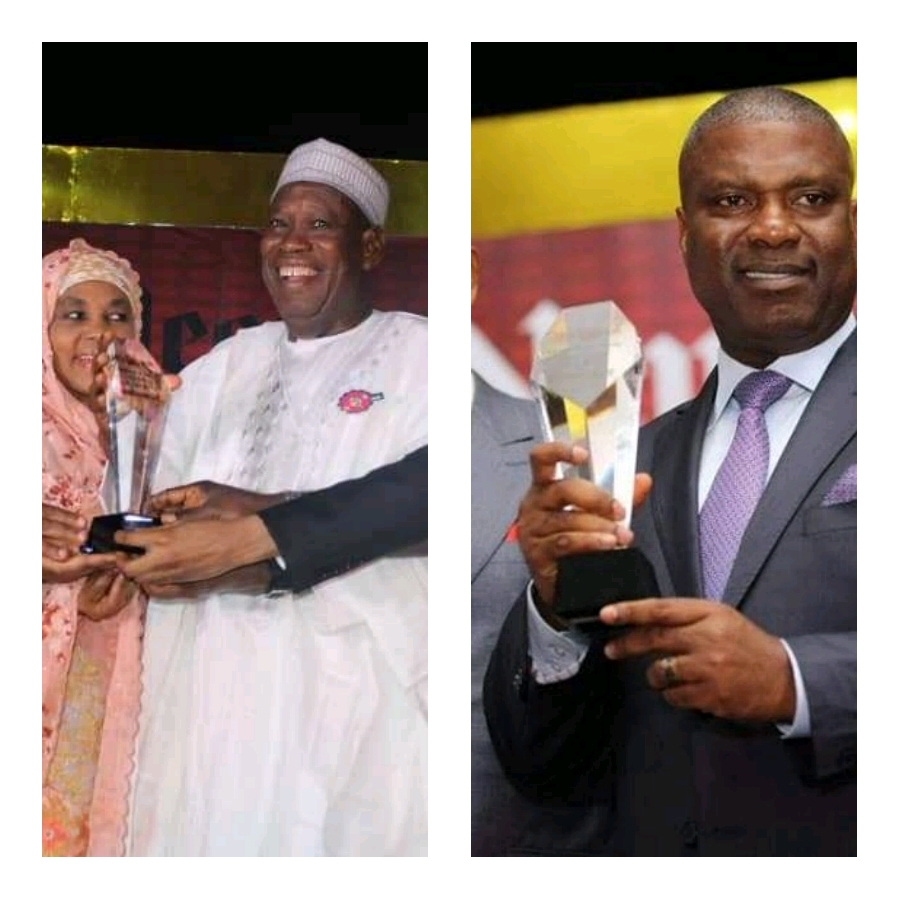 Two candidates of the All Progressives Congress, Abdullahi Ganduje of Kano State and Nsima Ekere of Akwa Ibom State are currently neck deep in corruption and financial allegations and are facing serious investigations.

The managing director of the Niger Delta Development Commission, NDDC, is embroiled in a massive financial scandal in which a bank has dragged him to the Economic and Financial Crimes Commission, EFCC, demanding a refund of N188 million and prosecution for financial misdeeds.

While Governor Ganduje is on the radar after videos exposing him collecting bribes in foreign currencies surfaced on the media, prompting investigations by the Kano State House of Assembly.

The alleged fraud by the Akwa Ibom APC governorship candidate dates back to when Nsima Ekere was deputy governor from May 2011 to October 2012 when he unceremoniously resigned to avoid impending impeachment. According to the bank, the former deputy governor illegally withdrew money from 9 bank accounts belonging to the state government and diverted them to an Ekere family company.

Ekere is also involved in a financial scandal in which a court froze all his accounts in Nigerian banks and ordered the forfeiture of his Ewet Housing property. The details of the case cast the picture of a troubling level of personal financial recklessness.

In a petition exclusively obtained by The Trent titled “PETITION ON FINANCIAL CRIMES AGAINST MR. NSIMA EKERE, MESSRS TECHSEL PRODUCTS LIMITED, MR. IDORENYIN UDO EKERE, DR. ANIEKAN UDO EKERE AND UTIBE IDORENYIN EKERE”, copies of which were sent to the Economic and Financial Crimes Commission, EFCC, and other security agencies, the petitioners describe Ekere’s actions as “unconscionable financial crimes” and accuse the NDDC boss of “unlawfully and fraudulently siphoning” the sum of N188 million from the Akwa Ibom State government account.

The petition, dated October 13, 2017, is signed by Abasiama Idiong, the company secretary of Akwa Savings and Loans Limited, “a bank incorporated under the laws of the Federal Republic of Nigeria, having its Head Office in Uyo, Akwa Ibom State”.

The bank has been in existence for 24 years and recently, the bank’s fortunes have been threatened due to the fraudulent activities of certain individuals which brought the bank to its knees, our investigations revealed.

“We hereby respectfully report to your office financial crimes committed by the above listed individuals (Nsima Udo Ekere, Idorenyin Udo Ekere, Dr. Aniekan Udo Ekere and Utibe Idorenyin Ekere), which has unlawfully deprived the Bank of the huge sum of N118 million Naira, illegally and fraudulently obtained from Akwa Ibom State Government accounts with the bank,” the petition read

In the facts of the matter, the petitioners went further to state, “Mr. Nsima Ekere, the present managing director of the Niger Delta Development Commission (NDDC) between May, 2011 and 2012 served as the deputy governor of Akwa Ibom State.

“He used his office as deputy governor to defraud the state government of the sum of N118 million by unlawfully and illegally transferring monies standing to the credit of the state government from nine (9) separate accounts to a private company owned by his family members named TECHSEL PRODUCTS LIMITED.

“The fraud was committed when Mr. Nsima Ekere, without any authorisation or approval:

“(a) Unlawfully closed the various Accounts of the State Government (particulars of which are supplied below) and transferred the credit balances therein to the private account of his family company (Techsel Products Limited held with Akwa Savings and Loans Limited with Account No: 0101-102-0013130.

“(b) Unlawfully transferring the sum of 118 million from the State Government Account called Raffia City Account held with Akwa Savings and Loans Ltd to the account of the same private family company-Techsel Products Limited and withdrawing same for his personal use.

“In a detailed particulars of fraud, the petitioners listed the “unlawful and fraudulent transfers of 100 million Naira from 9 bank accounts of the Akwa Ibom State Government Accounts with Akwa Savings and Loans Ltd to Techsel Products Limited,” part of the petition stated.

The petitioners also maintained that there was a further “unlawful and fraudulent transfer of the sum of 18 million from the State Government Account (Raffia City Account) to Techsel Products Limited Account (0101-102-0013130). Both accounts are with Akwa Savings and Loans Limited.

“These facts” the petitioners stated “can be verified from Techsel Products Limited statement of Accounts with Akwa Savings and Loans Ltd.

Throwing more light on the company profile of Techsel, the petitioner stated that “Techsel Products Limited is a private company with Registration No. RC: 400093. It was incorporated on March 14, 2001 and is 100 percent owned by the Ekere family. The other directors of the company are Idorenyin Udo Ekere, Dr. Aniekan Udo Ekere, and Utibe Idorenyin Ekere.

The prayers of the petitioners are that: “ in the light of the foregoing detailed and easily verifiable facts backed by documentary evidence, and further to the avowed and acclaimed resolve of the present Government to fight corruption, we humbly but emphatically pray as follows:

That you use your good offices to cause immediate investigations into the allegations of financial fraud levelled against Mr. Nsima Ekere and his cohorts
Recover the N118 million from Mr. Ekere and his cohorts
Prosecute Mr. Nsima Ekere and all others found to have complicity in the said fraud”.
Since Ekere became the top boss at the Niger Delta Development Commission, he has sought to cast himself as a corruption fighter who was appointed to “clean out” the agency.

The organisers of the newspaper award ceremony have dismissed the allegations, saying the choice of the awardees came after a rigorous and meticulous consideration by the board and management of the company.