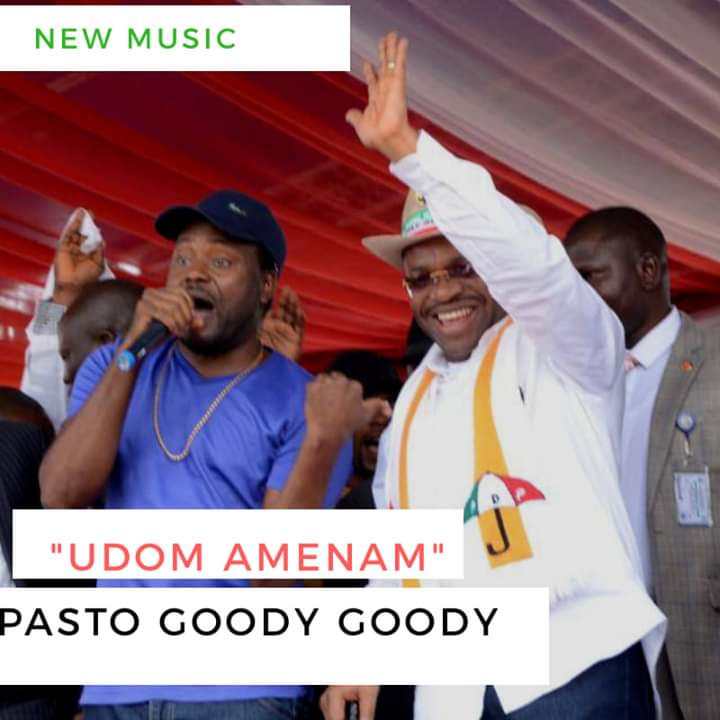 Multiple award winning Nigerian musician of Akwa Ibom origin, Pasto Goody Goody has released a new song on his birthday, Wednesday, December 12, 2018 to mark in the calendar of history as a flag off of his development documentary project , #GoodiesDiaryofUdom .

The project features the release of series of songs and videos to present eyewitness accounts of dividends of democracy (goodies) enjoyed under the Udom Emmanuel administration across the state.

In a chat with him on set in Uyo, Pasto Goody said the #GoodiesDiaryofUdom was inspired by the need to creatively document the strides of government, using music, a universal language, with on-site videos to buttress the submissions. He added that there is need to continually promote the entrepreneurial development and peace Akwa Ibom State has enjoyed in recent times.

The Uyo born veteran pop musician is certain that the achievements of Akwa Ibom State Governor, Mr Udom Emmanuel, can not be put in one song, which according to him, will require specialised songs for feats recorded in various sectors and ministries.

The #GoodiesDiaryofUdom first single (Part 1) being released today focuses on the ‘Inter-Ministerial Direct Labour Projects’ concluded in the hinterlands, which includes the building of schools, hospitals, water and rural electrification projects, their impact on the communities and the employment opportunities created via direct labour.

The ‘Afo do Legend ‘ crooner revealed that finishing touches are already being put to songs and documentary videos for achievements recorded through the Ministry of Information, Ministry of Works and Ministry of Transportation with the first parts ready for release in weeks to come.