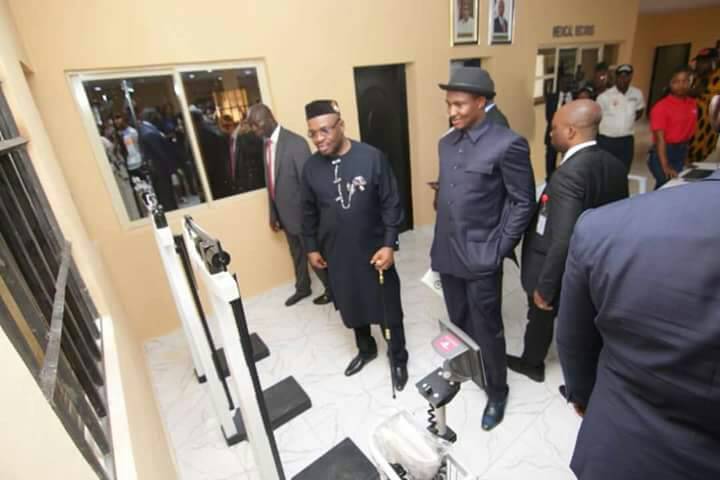 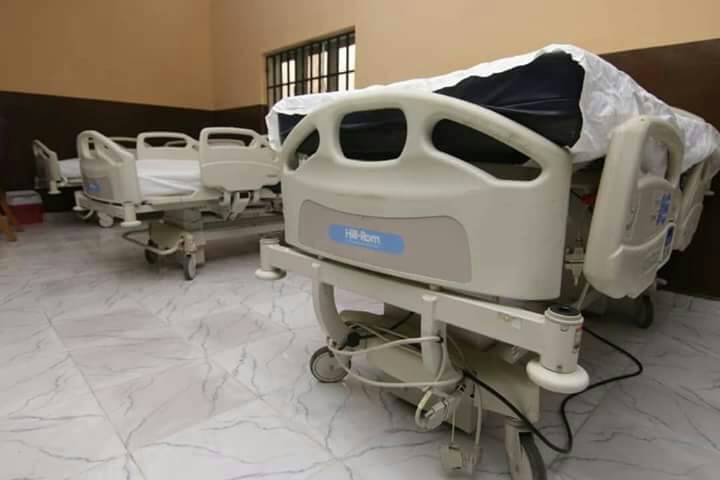 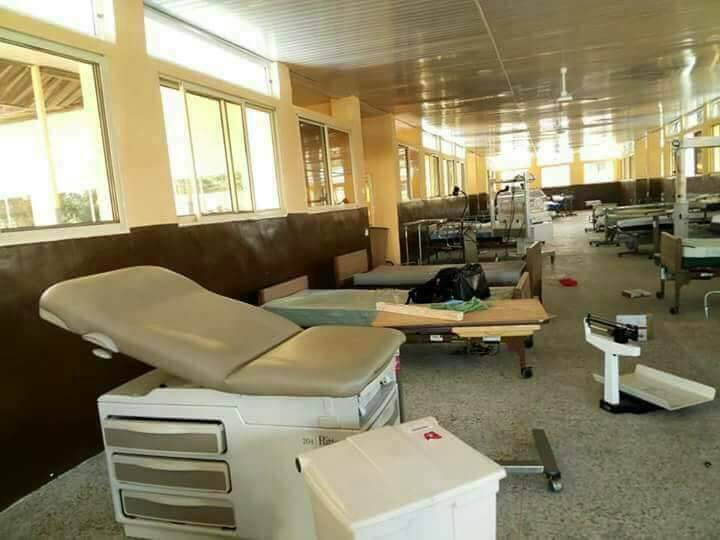 The 2017-2018 World Economic Forum Global Competitiveness Index showed the ranking of 137 economies by their ability to sustain inclusive growth. It measures the kind of growth that delivers positive change and benefits citizens and the environment. The index looks at 12 pillars of competitiveness including Primary Education and Health, institutions, innovation, infrastructure and the macroeconomic environment.

Switzerland was ranked as the world’s most competitive economy, a position the country has held for six years. The report showed that the country ranked highly on nearly every pillar of competitiveness. Its economy is resilient, its labour markets are strong and its people and businesses are good at absorbing new technologies. Swiss citizens benefit from high levels of public health and education, while Swiss businesses demonstrate high levels of sophistication and innovation. 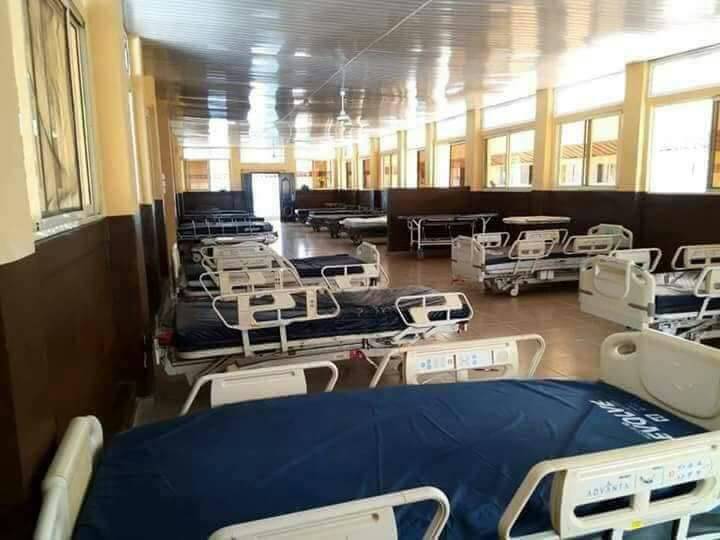 The United States followed as Second while Singapore clinched the third spot. Netherlands, Germany, Hong Kong, Sweden, United Kingdom, Japan and Finland, were placed in the 4th-10th positions. Sadly, the report only begins to mention an African country when it gets to the 45th position with Mauritius emerging as the most competitive economy in the continent. Nigeria was appeared in the 125th position.

But there is something very profound that this Global Competitiveness index did for me. It was after I took time to study this ranking, especially the import of the 4th pillar of competitiveness (Primary Education and Health) in advancing the economic standing of nations that I came to understand and appreciate the significance of an initiative that I was privileged to be a part of earlier in that year.

Sometime in July in that same 2017, I was privileged to be among the about 45 Akwa Ibom citizens who volunteered to undertake an independent fact-finding tour to one of the oldest and strategic General Hospitals in Akwa Ibom – The Etinan General Hospital, Etinan.

Our mission was to confirm the veracity of the claims made by the Governor Udom Emmanuel led administration that the Government had totally reconstructed and fully equipped the Etinan General hospital which had been hitherto branded by a lot of Akwa Ibom people as a deathtrap.

When we arrived at the hospital, we were greeted by an array of reconstructed blocks within the hospital premises. The internal roads within the hospital had been constructed as well. But then, aware that fine buildings alone do not make a hospital worth its name, I told myself that I will only give my entire impression of the entire effort after I had seen what the interior of hospital looks like after the effort. 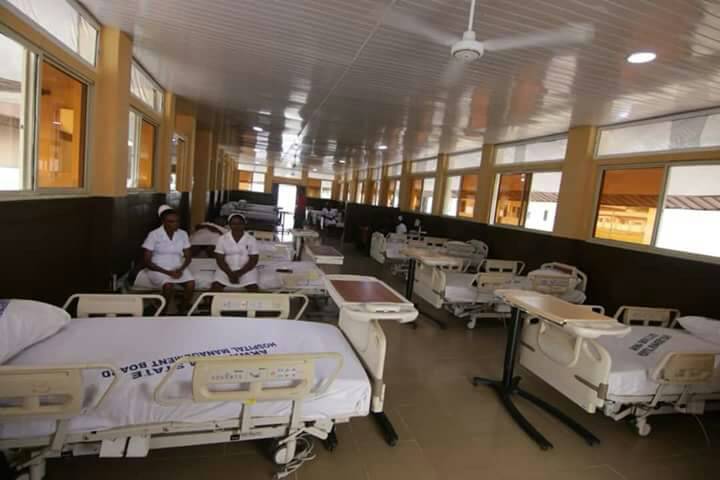 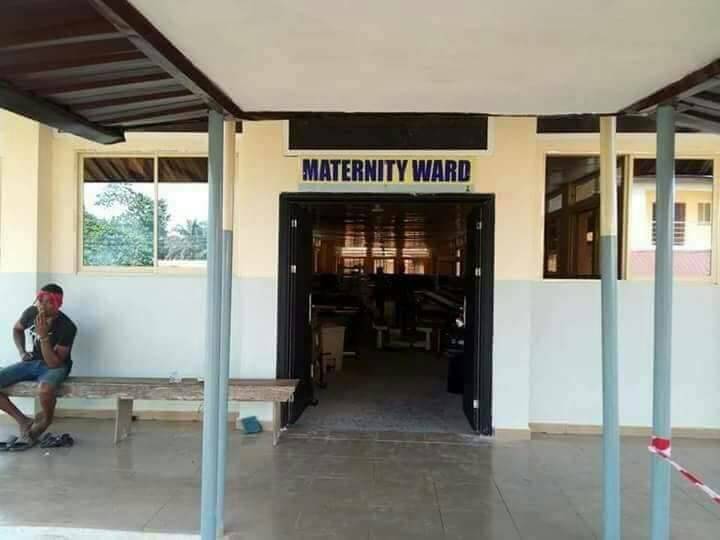 With the Chief Medical Superintendent of the hospital, Dr. Ime Eshiett as our tour guide, we were conducted round the entire hospital. From the Accident & Emergency unit, to the Out Patient Department, OPD, hospital theatre, male, female and children wards, drug store and administrative offices, the interior of the entire hospital had showed signs of a complete overhaul of the hospital. I was pleasantly surprised to find some automated beds with ultra-sound scanners in the same hospital that was once branded as a deathtrap.

And since I do know that the most appropriate segment of people to talk about how this new effort has impacted on the lives of the people are the patients and caregivers. I sought to speak to the patients.

Mrs. Abigail Umoh, a teacher in one of the public secondary schools told me she only came to the hospital to deliver the baby after she heard that the hospital had been totally reconstructed and functionally equipped. In her words “I only decided to register for my antenatal when I arrived here to confirm what I have been hearing about that this hospital has been rebuilt and fully equipped. This is my third child. When I gave birth to the other two, this hospital was a deathtrap. I could not have taken the risk of delivering my two children in this hospital back then, as the place was not worthy to be called a hospital. I had to undergo the antenatal and also gave birth to my first two children in Uyo. Thankfully, this present Government has seen the need to reconstruct this hospital and that has restored my confidence in the health facility.”

After that tour in June, I did not give much thought to the implication of the effort by Governor Udom Emmanuel to completely reconstruct and functionally equip this hospital until I came across the 2017 Global Competitiveness Report in September. The discovery that the commitment by any government in expanding and ensuring access to quality health care by her citizens was one of the most important pillars that defines the nation’s standing in Global Competitiveness ratings forced me to take more than a passing interest in the healthcare delivery sector in my state.

From that time, I made deliberate efforts to not only follow whatever effort the present Government in Akwa Ibom state was making to expand the access to quality healthcare for our people, but also dig out information on the efforts of Governor Udom Emmanuel in this important sector.

Interestingly, my findings show that Etinan General Hospital is just one out of the many healthcare facilities in Akwa Ibom State enjoying this complete reconstruction and total reequipping by the Governor Udom Emmanuel-led administration.

Shortly after he assumed duties as the Executive Governor of Akwa Ibom State, Governor Emmanuel turned his attention to the popular St. Luke’s Hospital, Anua, where he succeeded in giving the hospital a commendable facelift. This effort at Saint Luke’s Hospital produced a brand new Gynecology Block named after Dr. Ann Ward, an Irish female gynecologist and Reverend Sister who once worked in that hospital. Although this health facility is not owned by the Akwa Ibom State Government, that outing by Governor Emmanuel at that hospital earned for it a total rehabilitation of the Administrative Block and Hospital Wards. Of course, those who have been in Akwa Ibom would recall that this Hospital, for a long time, has remained a reference Centre in gynecology and pediatric services. It is when views from this prism that one begins to appreciate the significance of Governor Udom Emmanuel’s intervention at the St Luke’s hospital.

As you read this, the General Hospital in Ibiaku Ntok Okpo, my mother’s Local Government is also enjoying the same good fortune of the Etinan General Hospital with the complete reconstruction of the Hospital. From what I gathered, the General Hospital in Ikot Ekpene is targeted too in the ongoing efforts of by this administration to completely overhaul and reposition the State’s public healthcare facilities. Also, not long ago, Governor Emmanuel had flagged off the construction of an Ultra-Modern General Hospital at Ituk Mbang. Strategically located at the site of the existing hospital at Ituk Mbang, the new hospital under construction is meant to service the healthcare delivery needs of Akwa Ibom people within Uyo metropolis and the Ibom International Airport.

What excites me the most about the commitment of Governor Udom Emmanuel in reconstructing these public health facilities is that these reconstructed facilities are coming to meet adequate modern medical equipment and deliverables earlier imported by the Governor for the purpose of equipping these hospitals. Akwa Ibom State Commissioner for Information Charles Udoh while briefing newsmen last year on this development had hinted that about 16 containers of medical equipment had already arrived Akwa Ibom State and these medical equipment and deliverables were distributed to these public hospitals immediately after the reconstruction in line with their peculiar needs.

Other bold and audacious moves made by the Governor Emmanuel administration in the Akwa Ibom State health sector include payment of Consolidated Medical Salary Structure (CONMESS) to Medical and Dental practitioners in the state with effect from June 2015, sustaining the Free medical services for children below 5 years, pregnant women & the aged, as well as throwing her weight behind the Continuing Professional development for Doctors which is a mandatory requirement by the Medical and Dental Council of Nigeria. This development, I understand, is a prerequisite for the annual renewal of license to practice.

Governor Emmanuel led administration has extended his efforts at transforming the Akwa Ibom state Health sector to reach institutions saddled with the responsibility of training manpower for the health sector with the distribution of various intervention items and as well as provision of basic amenities to the various schools of Nursing and well as Schools of Midwifery in the State.

Just last week, the quaternary health facility in Akwa Ibom State, the Ibom Special Hospital had recorded a major feat in her operations with a successful neurosurgery carried out in the hospital.

It looks to me that Governor Udom Emmanuel clearly understands how a functional healthcare delivery sector fits into the larger picture of the socio-economic standing of the people he is privileged to govern. This thinking is strengthened by the fact the Governor was recently quoted to have said that the huge resources his administration was channeling into the results-oriented task of improving the State healthcare delivery sector is not an expense but an investment on the people whose mandate he holds in trust.

Let’s face it. Through these audacious moves in the State’s health sector, Governor Emmanuel is only providing an insurance of some sort to the people of Akwa Ibom since all his efforts at wealth creation, job availability, infrastructural expansion and poverty alleviation, will make no meaning without a healthy population people to enjoy them.

Borono Bassey, a Public Affairs analyst, wrote in from Uyo.