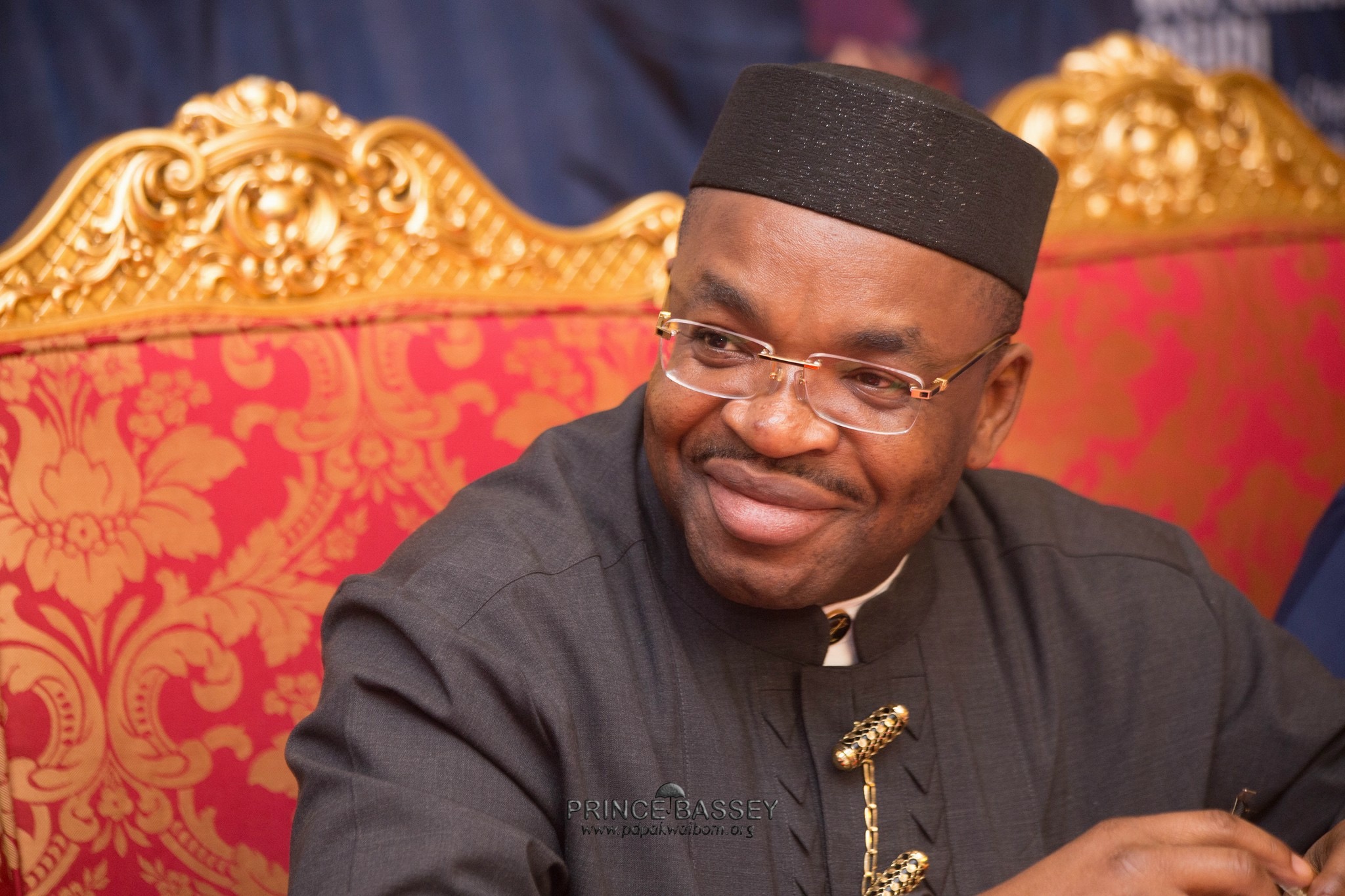 Akwa Ibom State Governor, His Excellency, Mr Udom Emmanuel has flagged off the construction of the Ikot Akpan Abia /Enen Nsit Road. Represented by the Honourable Commissioner for Works, Mr Ephraim Inyang, Governor Emmanuel said he remains committed to developing infrastructure across the State and opening up Rural roads and linking them up to the urban areas.

In his address of welcome, the Chairman of Nsit Ibom Local Government Area, Hon. Eric Akpan commended Governor Emmanuel for keeping his campaign promise to construct the road. He assured that, Nsit Ibom people will reciprocate the kind gesture by voting him for a second term in office.

Former Speaker of the Akwa Ibom State House of Assembly, AKHA, Rt. Hon. Anietie Etuk, thanked the governor for making his word his bond, as demonstrated in the flag off.
Member representing Nsit Ibom State Constituency in the AKHA, Rt. Hon. Mfon Ekong said Nsit Ibom people will not forget this day, as the outstanding promise he made to Nsit Ibom people has finally come to fruition. She said that his second term campaign is made easier by the good gesture.

On his part, Otuekong Nkanga, described Nsit Ibom people as ever ready and prepared to support Governor Udom Emmanuel and his administration. Nkanga said he was the flag off has justified the trust of Nsit Ibom people in the governor, who had promised them that the road will be constructed if he is elected into office.
He thanked Governor Emmanuel and commended him for several other things he has done, not only in Nsit Ibom Local Government but across the State.

Flagging off the road, Governor Emmanuel said the road spans across 9 villages the villages of Ikot Akpan abia, Ikot Iko, Ikot Akpa Edu, oboyo Ikot Ita, Obo Atai, Mbiakot, Ikot Obong, Ikot Enwene, Edebom, Enen Nsit in Ibesikpo Asutan and Nsit Ibom Local Government Areas.
He assured that, the 12.15kilometres road will be constructed with side drains on the full stretch of the road. Governor Emmanuel said that the road is designed to link up with other roads so as to give Nsit Ibom a network of roads, insisting that, road infrastructure is one of the major considerations by investors before investing in any community.
Governor Emmanuel also sued for cooperation from the host communities with the contractor and charged the youths not to intimidate the harass or interfere with the contractors.
On compensation, Governor Emmanuel assured that, anyone whose property is affected by the right of way will be compensated to but warned against New construction of property of any kind, including tombstones on the road with a view to claim compensation, stressing that, such will be pulled down without compensation.
He assured that, the contractor has been mobilized and work will start immediately.