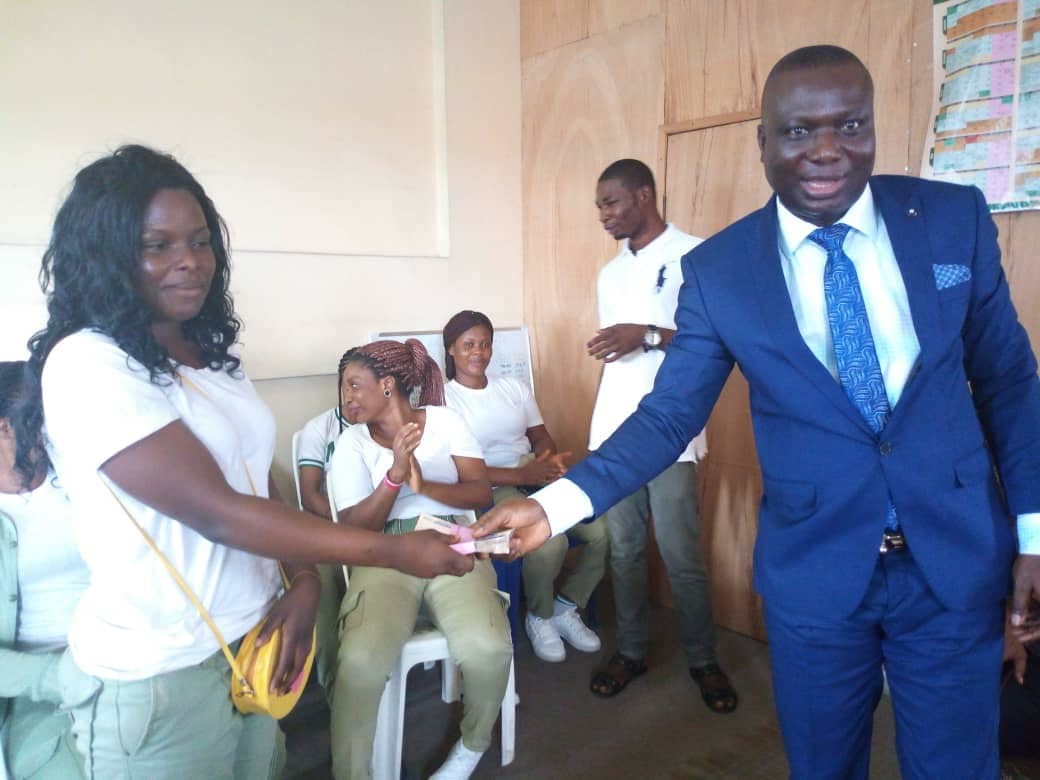 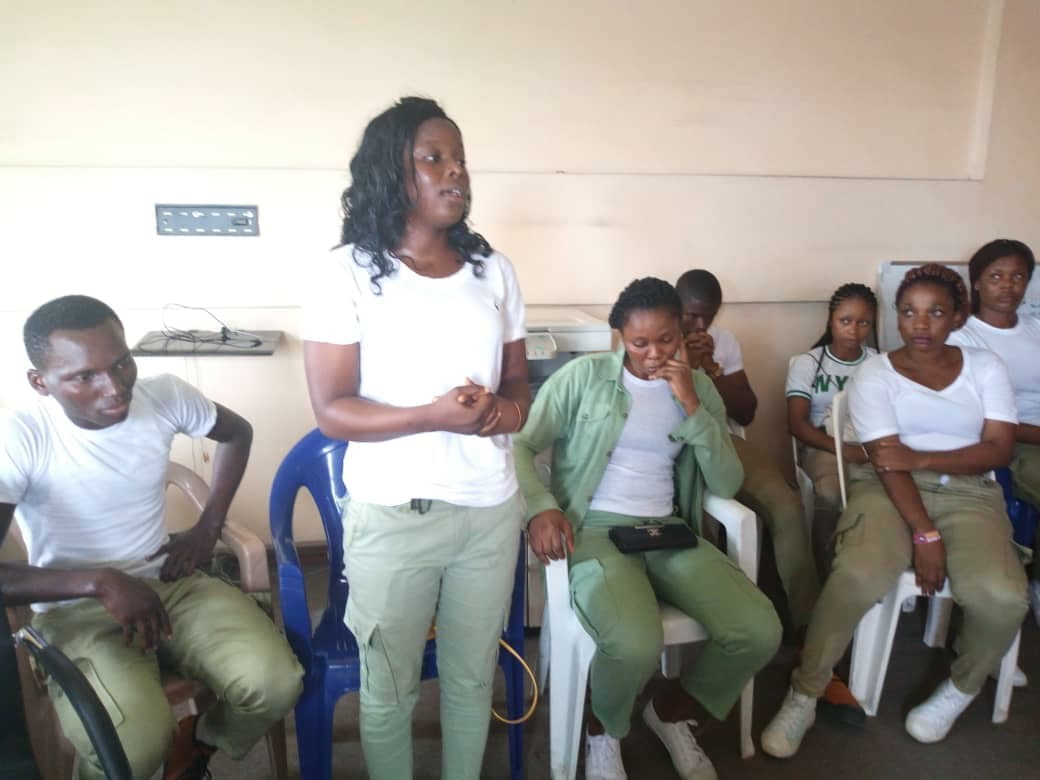 Speaking during the public apology to Miss Olaitan Adeola Kolawole in the National Youth Service Corp (NYSC) state office yesterday in Uyo, Udoaka said he did not deliberately flog the corps member, noting that he used the cane on her out of anger.

Miss Kolawole was said to have written the name of her friend, Dolapo Victoria in the attendance register of the school on Friday, October 19, 2018 when Dolapo was absent.

The principal who has just three years to retire from service was said to have flogged Kolawole for the misdeamour and dragged her outside the classroom in front of the students, which he denied.

“When I went back home, I felt bad for beating a woman. It is not true that I dragged the corper out of my office and flogged her before the students. This is a man that behaves like a father but I don’t know what happened that I behaved rudely with you. Please forgive me.

“The mistake will not repeat itself. Whatever is the cost of your treatment, I will bear the cost,” he said.

Responding, Miss Kolawole said she had no justification not to accept the apology of an elder saying, “For an elder to apologise for his mistake, I forgive him. I accept his apology. My parents wanted to take up the matter but I will talk to them not to pursue the case as they wanted”.

Prof Victor Inoka, Commissioner for Education who was also at the reconciliation meeting made a personal donation of N50,000 to Miss Kolawole for her treatment.

He said the government was in need of corp members especially those trained in the area of science and technology, as the school curriculum is annually updated to meet the needs of the society.

He said, “I am the Commissioner for Education in the state, I know that corps members are so dear to the heart of the government that is why I personally invited the principal to apologise for the action. Therefore, on behalf of the state government, I apologize for the action. We take the welfare of corp members seriously”.

Also speaking, the NYSC state coordinator, Mr Amusu Julius said he was writing his official report on the incidence to brief the NYSC directorate but had to stop because the Commissioner of Education asked that a reconciliation be arranged betwen the parties involved.

He said he had withdrawn the corp members posted to the school until the issue was resolved.

“I had promised to report the matter to the appropriate authority but while I was doing the letter, the principal and the commissioner came to my office this morning.

“I have called the head of the directorate of my headquarters to brief him on the matter. I decided to withdraw all of you from that school as a first step to ensure your security. Adeola has accepted the apology of the principal,” he said.

Also speaking, Mrs Aniefiok Asukwo, the NYSC local government inspector in Abak local government area said that the principal was one of the best in the council area but wondered why he acted the way he did, saying, “He is the best, I am surprised with what happened”.

Laya Richard, the Nigeria Christain Corpers Fellowship zonal coordinator in Abak requested for accommodation for the corp members, noting that they cannot be asked to be punctual to work when they have a challenge with their accommodation.

He also said consideration should be given to the welfare of all corp members so that peace may prevail.

Miss Dolapo Victoria whose name Miss Kolawole wrote on the attendance register said she requested her friend to help her write her name because she had a stomach upset and had to report late to the school.