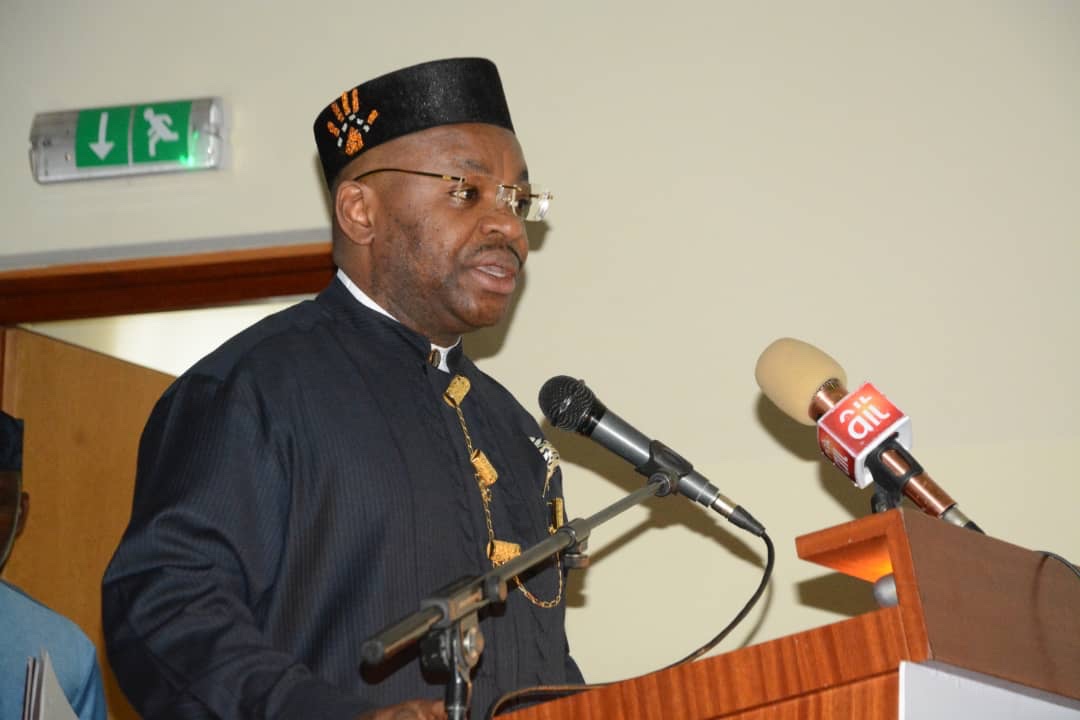 Among the key industries that Governor Udom Emmanuel had planned to get investors to establish on assumption of office was Amoured Personnel Carrier, APC, and other Heavy Earth Moving Machines plant in Itu.  Few months after being sworn in to office, he walked the talk by carrying out the groundbreaking ceremony of the plant with pomp.
Unfortunately, while governor Emmanuel has for the past over three years been able to attract investors to establish other factories, like the Jubilee Syringe, St. Gabriel Coconut Refinery, Kings Flour Mill, Electric Metering Solutions, Greenwell Fertilizer Blending Plants,  Ibom Agricon Rice mill,  the dream of having the first automobile plant in this part of the country seemed  albeit to have been dashed.
This was inspite of the fact that as part of showing commitment to the project, the government graciously donated land to the investors and with perimeter fencing carried out to avoid encroachment.
Investigations however, revealed that the major setback to the commencement of work at the site, that some indigenes were already sent to Israel for training was purely political. It was gathered that the application for issuance of production License by TABUL, a company with expertise in building military hardwares  such as the APC, was turned down by the Federal Government.
Key Northern Region players had argued at the Federal Executives Council detailing adverse implications of approving such a plant in the Southern part of the Country moreso in Akwa Ibom.
Some of these key influencers at the federal level were said to have later reached out to suggest to the investors that they would be guaranteed approval for License should they  relocate the plant to any part of the Northern states of the Country instead of Akwa ibom
The Israeli investors on their parts were said to have rejected the relocation idea taking into cognizance the religious empathy and leanings of the Northern part of the country.
Secondly, the investors maintained that such plant needed to be sited near a River and where there will likely be seaport.  On this consideration, the Investors were said to have been insisted on having the plant established in Akwa Ibom based on the fact that it is purely a Christian dominated state, the nearness to Itu River and the planned development of the Ibom Deep seaport.
Though  opposition party have gone to market with unfounded propaganda against the government for the inability to ensure the kick start the plant in Itu, investigations revealed that Akwa Ibom state government have been holding talks with the investors  to ensure that the automobile assembly plant became a reality as dollars seem to have stabilized at N360 from over N550 when the groundbreaking was done.
It was gathered that as part of the move to secure the license, the investors have changed the concept from production of Military Hardware line to Civilian vehicles line that can produce cars and luxury buses with the aim of flooding  the African continent market with buses and ambulances.
Having changed the concept to civilian vehicle lines,  the Israelis government insisted on the safety of her citizens and other investors that the plant will attract noting  that to build such a sensitive factory, must have a safe city.
Safe City, it was learnt is a community- based initiative that unites law enforcement , businesses, residents and city officials through a project intended to maximize safeness and minimize theft and other crimes in the communities.
Authoritative source informed that, unknown to so many people that as part of efforts to meet the conditions of having safe city as in Abu Dbabi that has been ranked the safest city in the world, investors have for the past few months carried out surveys and mappings of locations where CCTV cameras would be installed within Uyo and its metropolis.
The investors, it was learnt will also establish a Kibut, that will serve as their residences.
It was gathered that since the condition for the establishment of the car plant was also having a Safe City, it was imperative that the two projects go together. There are several other Israelis companies that are interested in investing in the state once the Safe City project is completed. These projects, it was leant would be handled by the tripartite of Mimshac, Magal and Magavin.
Governor Udom Emmanuel, it was gathered had insisted and secured  a back to back guarantee from the investors financial institutions of funds that once the Safe City Project is completed,  the Car Assembling Project would commence immediately.
Close sources in government circles informed that most of the equipment for the commencement of work at the Assembling plant was already at the Lagos Seaport awaiting clearance. He said the most interesting part of the assembling plant was the Safe City project because, once other investors are aware of Akwa Ibom having a Safe City in Uyo, it becomes a major driver of investments into the state.
He regretted that though some people were gearing up towards making political capital of the project as a failed one, he was happy that though the process has actually taken a long time because of political consideration, the project would kick start in earnest before the end of February.