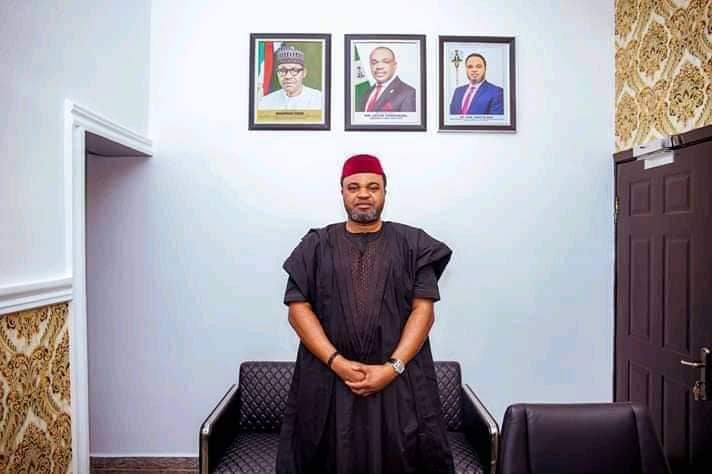 The member representing Uyo State Constituency in the Akwa Ibom State House of Assembly has expressed worry over the Federal Government’s approach towards the proposed construction of Ikot Ekpene – Odukpanai – Calabar Road, noting that federal government seems to be playing politics on the road.

The member representing Itu State Constituency, Hon. Kufre Abasi Edidem had during the plenary raised a motion of urgent public importance, informing the House of the deplorable state of Calabar-Itu road, particularly Enen-Itam axis of the road.

He said members of his constituents and other road users were expressing difficulties plying the road, and pleaded that the state government is urged to undertake urgent intervention measures on the road in the interest of the people.

Reacting to the motion, the Uyo lawmaker, Hon Ekah said It’s high time politics be separated from human lives and charged the Federal Government to prioritize the road projects in order to save lives.

Other lawmakers argued that the current situation of the road was affecting economic activities as the road connects Akwa Ibom with neighboring Cross River State. Members for Ibesikpo-Asutan State Constituency, Rt. Hon. Aniekan Uko, Nsit-Ubium, Barr. Otobong Bob, Etim-Ekpo/Ika, Hon. Mfon Idung, Uyo, Hon, Abak, Udeme Otong, Ukanafun, Dr. Charity Ido and the Chief Whip, Rt. Hon. Emmanuel Ekpenyong in their separate contributions sympathized with residents of the area and other road users who ply the road. They wondered why the federal government was still dragging its feet on the said road, years after it publicized that contract had been awarded for the construction of the road. The Assembly Members agreed that it has become expedient for the state government to intervene in the federal road since the majority of those who use the road are Akwa Ibom people.

Reacting, the Speaker, Rt. Hon. Aniekan Bassey said though the Assembly was aware that the said road is a federal road, it was necessary that urgent intervention is undertaken to ameliorate the plights of the people. He ruled that the matter be referred to the State Ministry of Works for urgent intervention, and directed the Clerk to communicate the decision of the House to appropriate quarters for necessary action.

Worried by the sufferings encountered by commuters, residents and other road users plying the now deplorable Calabar-Itu federal road, the Akwa Ibom State House of Assembly has directed the state Ministry of Works to intervene on the failed portion of the Enen-Itam axis of the road, with a view of alleviating the plights of the road users and residents of the area.