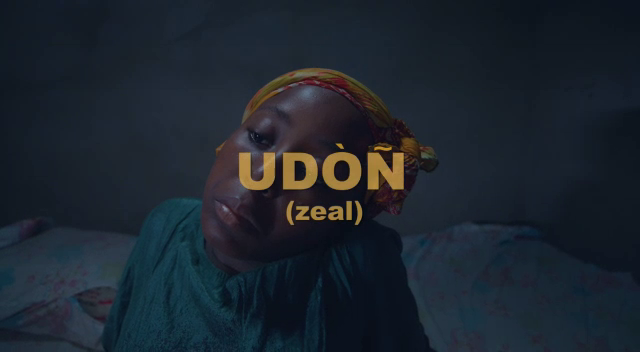 Aniebiet Francis is a dynamic and rising Nollywood actor, scriptwriter and a producer from Ikot Obong in Ikot Ekpene Local Government of Akwa Ibom State. She is a graduate of Genetics and Biotechnology from the prestigious University of Calabar. Her passion includes entertainment, humanitarian services, community building, and youth empowerment.

She has featured in blockbuster Nollywood flicks like Hush, Hotel Majestic, Daddies Girls, Newman Street, Iquo’s journal etc. She also has also produced two movies: One Bright Morning and The List and yet another one Udóñ .

She is the founder of Conscience Alive Foundation and Orange Film Boot Camp. She is currently working on her next PET project U40 Eveprenuers, a platform that sets out to harvest under forty female entrepreneurs, unite and groom them into successful CEOs.

Again, Aniebiet is yet to break the Internet with the release of another film ‘Udóñ‘. Udóñ is an Akwa-Cross language movie that addresses social issues that abort dreams and place a society behind backwardness. Directed by Kabat Esosa Egbon and Produced By Aniebiet Francis, Starring: Eve Esin, Aniebiet Francis, Moses Eskor, Emmanuel Owuala, Sir James, Allyson Mfon, Fortune Mfoniso Daniels. and others

According to Aniebiet, When I started acting, I never wanted to feature in any Ibibio movie, I considered them local (Ignorance is a terrible thing).

Unlike the Akwa Cross Indigenous Movie Industry, the Yoruba Movie Industry leveraged the success story of JENIFER and built a very viable film industry that has produced many stars from that region. The Hausas and Igbos refused to be onlookers, they joined the trend.

What is impeding the success of Akwa-Cross indigenous movie industry?

Is being a minority tribe the challenge?

I do not think so!, We were still a minority tribe when UYAI & OKON GOES TO SCHOOL shook the foundation of Nollywood.

I believe we can change the narrative if we rise to the occasion.

Here is a teaser for my new movie UDÓÑ(ZEAL)

My little effort to support our INDIGENOUS FILM INDUSTRY. She said.

Udon, will be Premiere this September in all Cinemas Across Nigeria, Watch the Official Trailer Below.