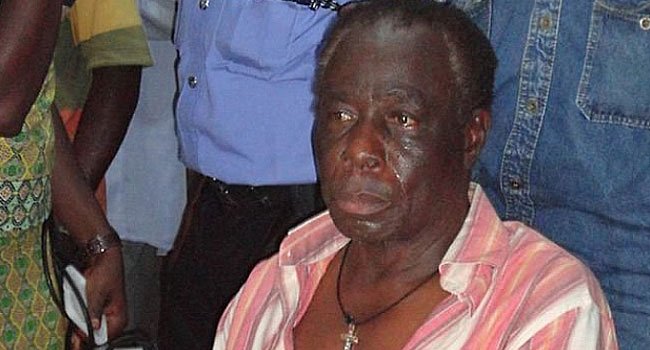 The Enugu State Police Command has confirmed the release of Michael Obi, the father of Super Eagles Captain, Mikel Obi.

State Police Public Relations Officer, Ebere Amaraizu, said in a statement that Pa Obi and his driver, John Ishaya, were abducted on Makurdi-Enugu Road on June 29.

“Michael Obi, the father of the (Super) Eagles captain, has regained his freedom,” Amaraizu said.

According to the police, Obi’s father was on his way from Jos, Plateau State, in a  grey colour Toyota Prado Sports Utility Vehicle with number plate, MUS 604CG, when he was kidnapped.

The kidnappers were said to have demanded a N10 million ransom but the police swung into action to secure his release.

Although the elderly man was not hurt, he was however forced to walk for about five kilometres (three miles) barefoot in the heavy rain.

The release comes one week after he was seized at gunpoint, even after he was previously kidnapped in Jos in 2011.