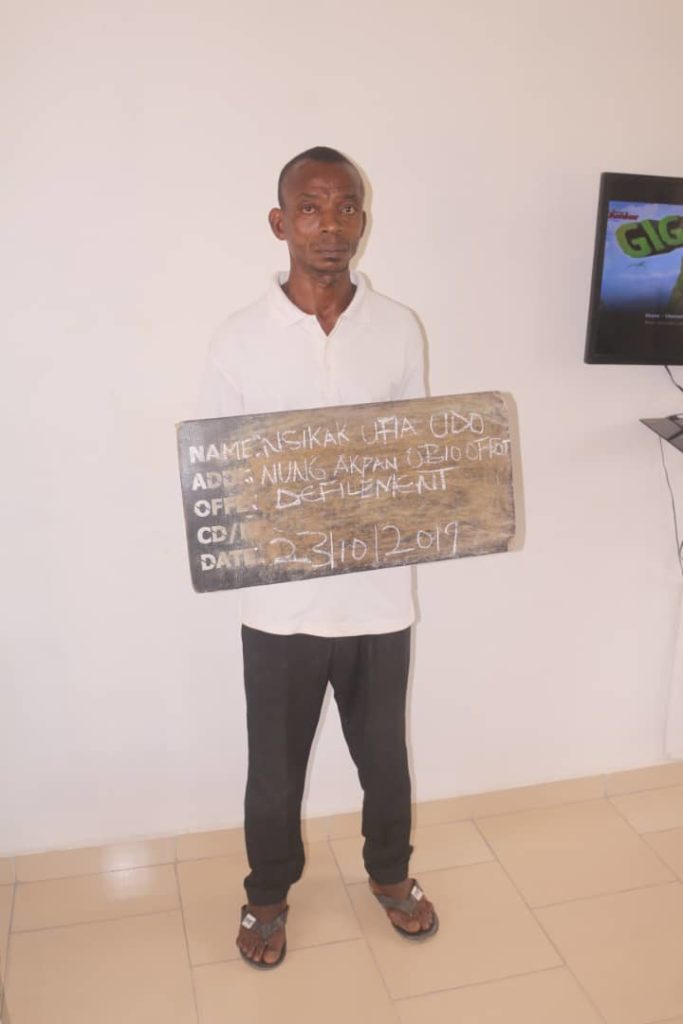 SP ODIKO MACDON, Police public relations officer made this known in a press release posted on the force Facebook page.

The victim, Miss Fortune confessed to the police that her father started the act with her when she was 13, and that led to her having three abortions for her father with the help of her mother. She further revealed that her first defilement was in the church vestry by her father who threatens to curse her if she ever reveals to anyone.

Also in the police net are Mr. Festus Etuk and Lady Ememobong Eshiet of Ikot Akpa Eshiet Village, Onna Local Government Area who both forced an orphan to have sex with Mr. Festus with the intention of conceiving for them. They were arrested for conspiracy of defilement.

The police further condemns the act of sexual predators and warn that the police command will not relent effort in bringing the perpetrator of such acts to Justice.

Those arrested have agreed to the crime and will be charged to court the police spokesman said in the press release.