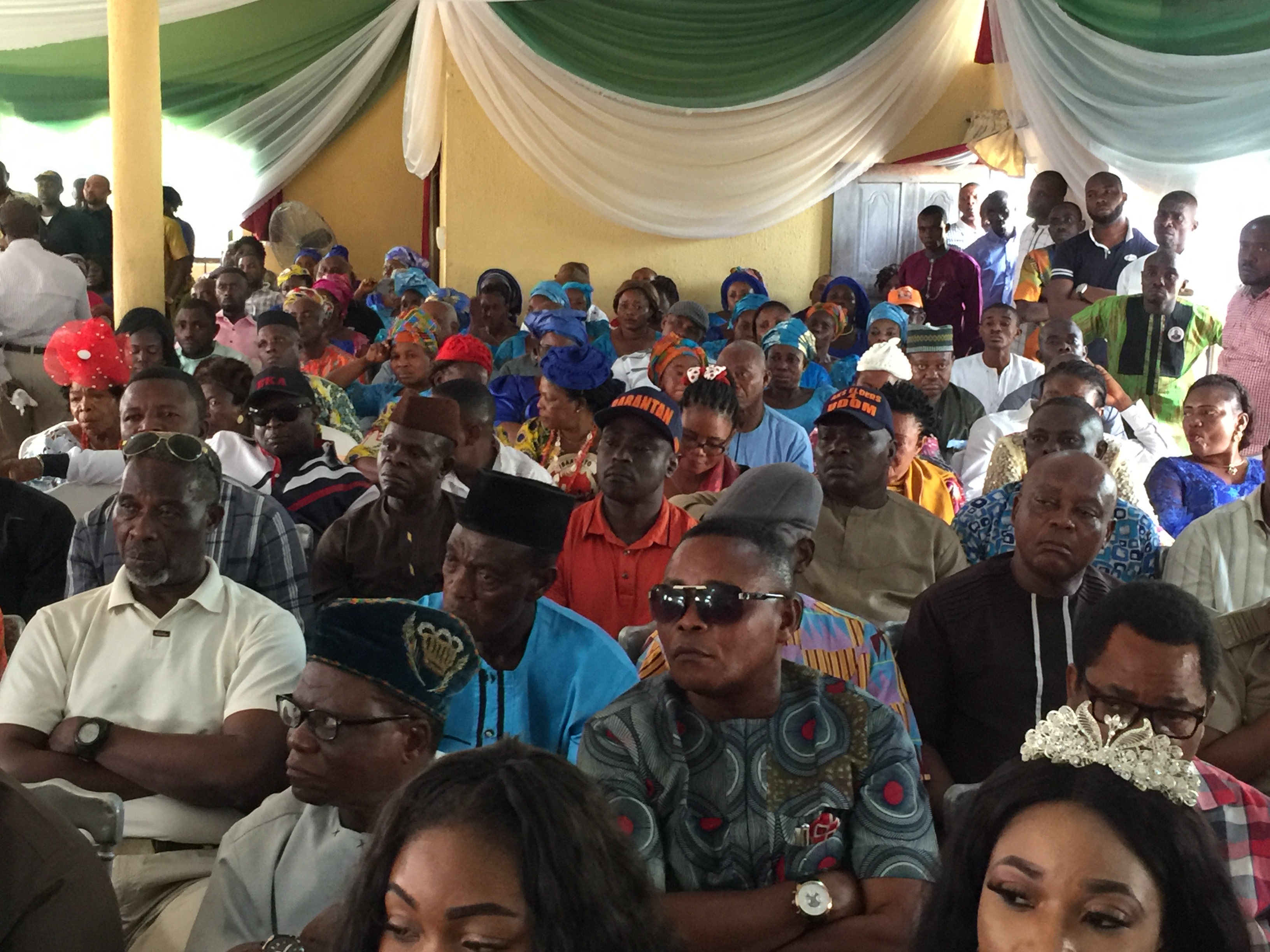 The executive Chairman of Uyo Local Government Area, Elder Imoh Asuquo Okon, has last Friday, Dec. 7, 2018, celebrated his one year in office with unique presentation of scorecard to a cross section of indigenes and residents of the area.
Elder Okon in his address at the grand event which was held at Uyo Council Hall, began by relating that the occasion became only possible because God had saved and preserved him in the face of a ghastly motor accident in Uyo sometime this year.
Speaking on robust empowerment and rural development, the Uyo LG helmsman explained that “we cannot seek achievement for ourselves and forget about progress and prosperity for our community.
“Our aspirations must be broad enough to include aspirations and needs of all others, mainly for their sake and not for our sake.”
While reiterating that empowerment starts with mentorship, he hinted that over 600 persons have benefited through seminars and workshops, by Boys Brigade of Nigeria, office of the First Lady of the LGA, Mrs. Idaraesit Imoh Okon, Frank Rose Foundation, Social Welfare Unit of Uyo LGA, Green Nation Foundation Value Chain Services and other professional bodies such as the Medical Women Association, Association of Medical Laboratory Scientists of Nigeria, in ensuring that the people of Uyo were put in the right frame of mind on issues of empowerment and mentorship.
On entrepreneurship, Elder Imoh Okon stressed that his administration has adequately empowered 109 people across Uyo LGA in particular and the state in general.
“When we talk of entrepreneurship, we are not referring to general empowerment, but we are referring to those that are having something doing as business that need financial assistance,” he stated.
He also informed the stakeholders that his administration has set up three cooperative bodies which he said are all running, adding that “the skills acquisition is where we were having challenges because our people were slow to respond. But through our mentorship programme there have been quite appreciable responses.
“Through the partnership of Frank Rose Foundation and Uyo LGA, we selected 210 participants, two from each of the 105 villages of Uyo LG, and they are currently running the programme at No. 3, Ibiono Str., and another location off NEPA Line, in Uyo.”
The Uyo LG chief executive further intimated that the local government administration has in the last 365 days given out scholarships and grants to 128 students, saying that this is outside the numerous persons that come for other various academic-related supports.
Imoh Okon who announced the setting up of Uyo Revenue/Investment Committee, Revenue Bye Laws, introduction of Bank Payment System for revenue collections, enhancement of security/other services and restructuring in Akpan Andem Market and general monitoring and evaluation as measures meant to ensuring improved Internally Generated Revenue (IGR) for wealth creation, also disclosed that his administration has been saddled with the task of making active health, educational and social service/welfare its policy thrust for the people.
For purpose of renewed partnership for good governance, the Uyo Council boss said his regime has initiated and enjoyed robust integration/support to non-indigenes, Faith Based, Community Based and Non-Governmental organizations (FBOs, CBOs, and |NGOs) as well as professional bodies, in addition to political inclusion as witnessed in all the events of the council, cordial working relationship with other tiers of government, hosting of first ever Uyo Economic/Political Summit on 18/01/2018, while the second edition is billed to hold on 18/01/2019; massive mobilization of over 500 women for the endorsement of Gov. Udom Emmanuel’s second term by Uyo Senatorial District Women (USDW), including mobilization of over 1,000 women for Gov. Udom Emmanuel Endorsement Rally, etc.
Elder Imoh Okon who hinted that his government has engaged a private security outfit to complement the Nigeria Police and council security staff at the council premises, added that as a mark of general empowerment, he has 35 personal aides, 53 revenue ad-hoc staff, 17 revenue and investment committee members, 7-member market management committee, etc.
The event later witnessed a wave of eulogies and accolades from major stakeholders who corroborated, speaker after speaker, in chronicling various people-oriented and life-touching leadership style of the Imoh Okon administration in the LGA. This came during an interactive session that was marked majorly for questions from stakeholders to the executive chairman.
The event which was graced by high flying politicians, former Uyo LGC chairmen, former and present Uyo PDP Chapter officers, royal fathers, council officials and staff women and youth groups, non-indigenes and residents, including the state Commissioner for Information and Strategy, Mr. Charles Udoh; Uyo Vice Chairman, Ukai Udeme Emmanuel; the Paramount Ruler of Uyo, HRM Edidem Sylvanus Okon; the PDP state Assembly flag bearer, Hon. Anietie Eka, and his APC counterpart for House of Reps, Hon. Ekerete Ekpenyong; another APC chieftain, Chief Enefiok Ekefre, and a host of other dignitaries.