The lawyer for the APC governorship candidate, Obong Nsima Ekere, came to the Commission with the order from the tribunal for the first time on Thursday the 25th of April, 2019. He did not come to inspect the materials on that day.

He did not return. He only came back on Tuesday, the 30th of April, 2019. But between Thursday the 25th of April and Tuesday the 30th of April, 2019, before we could work out the modalities for the inspection, the legal team for Nsima Ekere led by Chief Victor Iyanam had convened a press conference at where they accused INEC of denying them access to election materials and threatened to press for contempt against the Resident Electoral Commissioner.

As always, they ensured the social media was awash with the fake story.

Other than pure mischief or perhaps trying to elicit sympathy from some quarters for political reasons, we do not understand the motive of the APC legal team. The Commission is a law abiding organization. It had at no time denied anyone with a valid order from the tribunal access to election materials.

Subject to the availability of space and manpower, the Commission will expeditiously oblige this request.
As a serious minded organization, we do not deign to dignify cheap infantile pranks with replies.

If the APC legal team is convinced the Commission is denying them access to election materials against the order of the tribunal, as lawyers, they know the proper thing is to report back to the tribunal instead of rushing to the social media.

We wish, however, to assure the general public that the Commission has nothing to hide and will at all times obey valid orders from the tribunal. 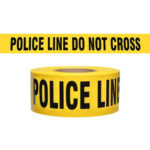