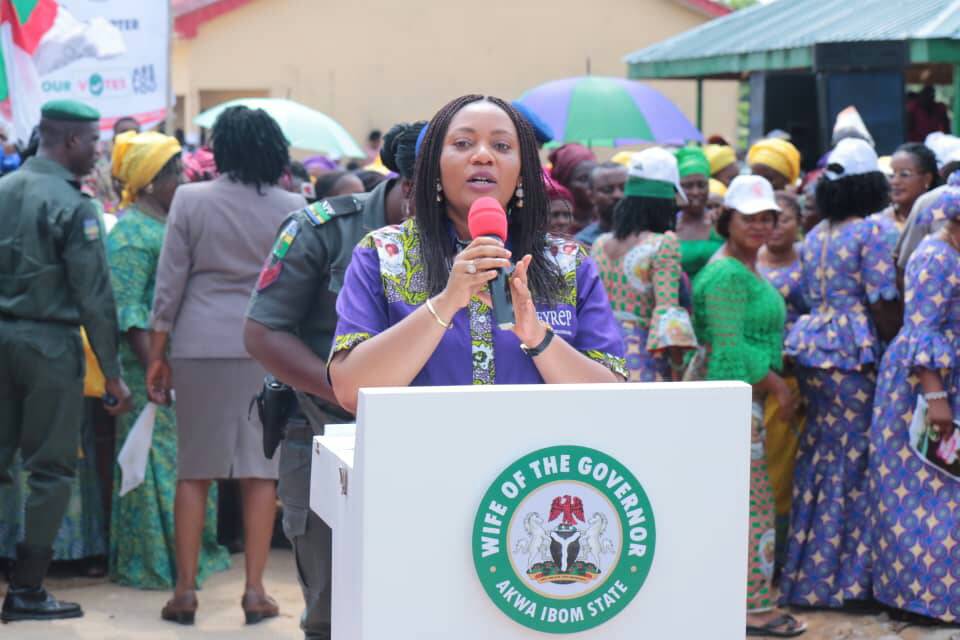 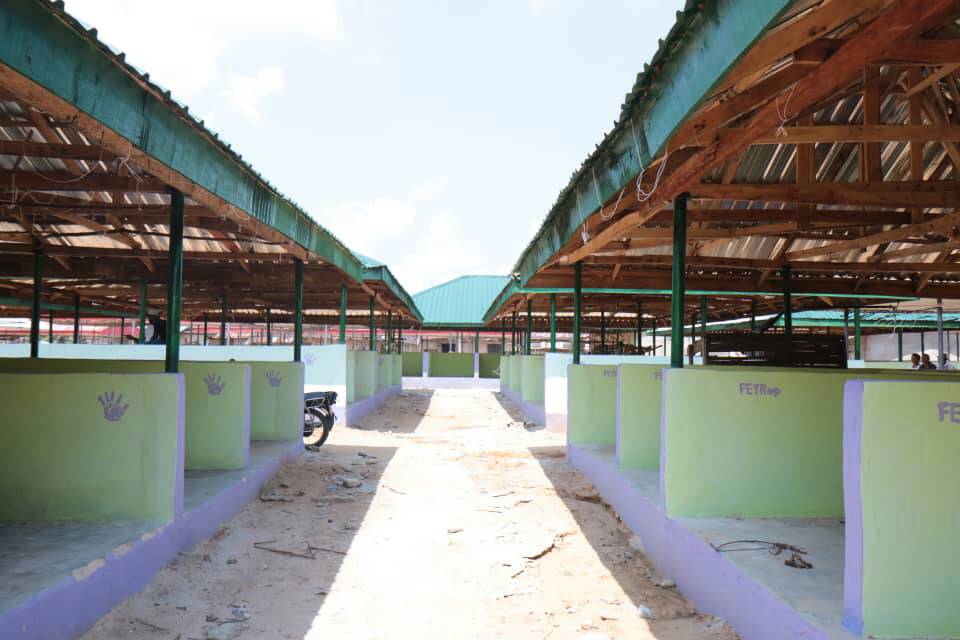 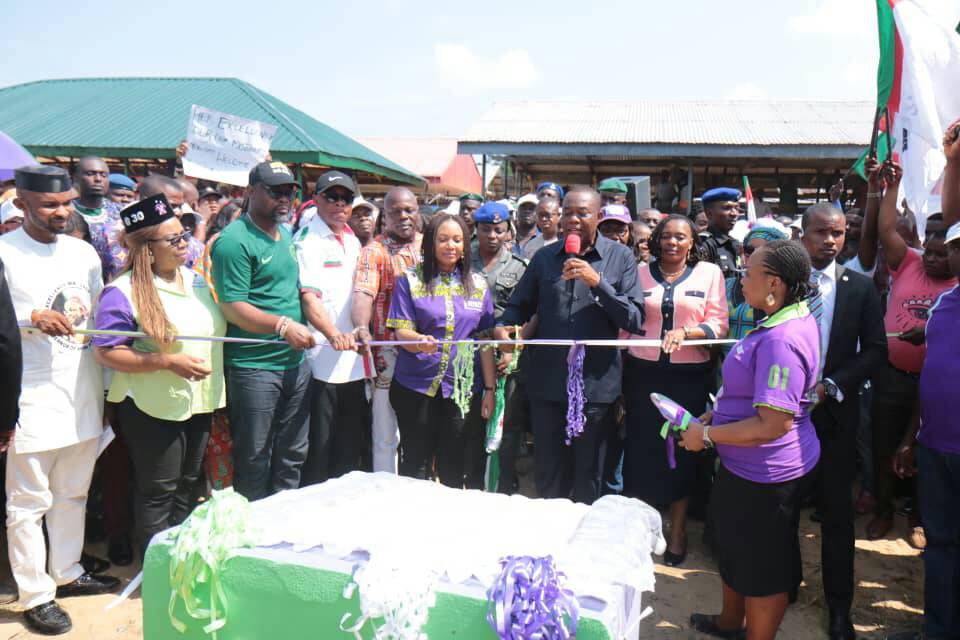 The remodeled Edere Obo market with 202 open stalls in Ikot Akpatek, Onna LGA has been inaugurated for businesses.

The remodeling which was undertaken by Family Empowerment and Youth Reorientation Path-Initiative (FEYReP), a pet project of the wife of governor, Mrs. Martha Udom Emmanuel was commissioned Wednesday, by Governor Udom Emmanuel.

The governor who was ably represented by the Secretary to the State Government, Dr. Emmanuel Ekuwem, while commending FEYReP for the initiative, charged the beneficiaries of the remodeled market to grow in capacity for more economic empowerment.

The State Chief Executive said his administration remains committed to giving Akwa Ibom people means of livelihood, stating that with the various free interest loans in the state, capacity has been increased for traders in the state.

Also speaking, the Wife of the governor, Mrs. Martha Udom Emmanuel said she was moved into renovating the market having been briefed of the shanties the traders were using for businesses, pointing out that for any business to thrive, the environment must be condusive.

She added that her non-governmental platform, FEYReP will continue to intervene in areas that will
better the lots of the masses, and called for more support and partnership from good spirited individuals in this regard.