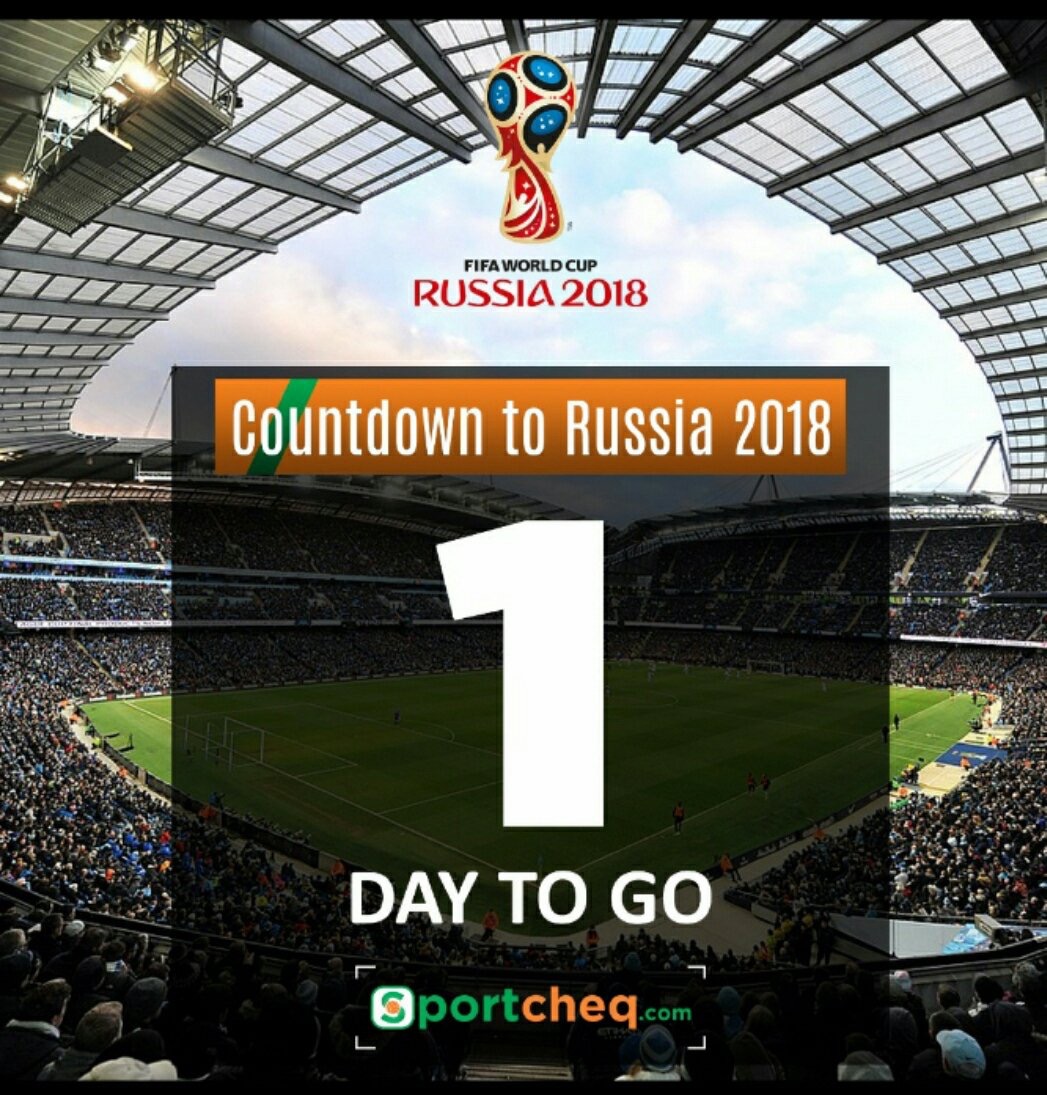 The movie captures all the thrills and excitement of a spy agent on a mission and has remained a commercial success raking in about $78million in worldwide box office receipts.

Russia, once again this summer will attract global attention as the biggest sporting event begins from June 14, a month long of drama, excitement, pain, anger, cheers and victory as the World Cup begins with 32 teams in attendance with 64 exciting matches all the way to the final.

The focus on Russia this period will also seek a political undertone to the World Cup where one of the world’s most influential political leaders, President Vladimir Putin presides as the political intrigues play out behind the scenes. Ironically, the United States of America failed to qualify for the World Cup this summer.

There are eight groups where all 32 teams will slug it out to progress into the second round with Africa proudly showcasing five national teams. Group A has hosts Russia, Saudi Arabia, Egypt and Uruguay, Group B Portugal, Spain, Morocco and Iran while Group C has France, Australia, Peru and Denmark.

On paper, the favourites for the World Cup would be between Europe and South American teams with book makers tipping Germany, Belgium, Argentina and Brazil going all the way to the final.

For Africa, all five teams Nigeria, Tunisia, Morocco, Senegal and Egypt have a pedigree at the mundial but at Russia 2018, the Carthage Eagles of Tunisia have had a pre- World Cup preparation edge in terms of results that has given many pundits the confidence of a team that may excel beyond the first round.

African teams this summer have the task of surpassing the quarter final feat of the Senegalese in Korea-Japan 2002, coincidentally; the Terrenga Lions of Senegal are in Russia with great expectations to surpass this feat.

It is expected that African teams will strive to live up to expectations going by the qualifiers on the continent as the stakes remain high with teams representing other continents expecting to soar beyond the group stages to ensure quality representations of the different continental Football Associations.

For Nigeria, the present team of Super Eagles have had the best of preparations for the World Cup since the maiden appearance of the country at USA 94. The Super Eagles were the first team from the continent to qualify for the World Cup with a match to spare. The team has been involved in several high profile international friendly matches and will be at the mundial with new sets of jerseys adjudged to be one of the best designed.

For the first time, the Super Eagles will be at the World Cup with all allowances and bonuses paid up front. The welfare of the players has been adequately catered for by the Nigeria Football Federation (NFF) as the team landed Russia late Monday evening in beautifully adorned traditional fabrics with  white and green combination.

In the run up to their maiden World Cup appearance at USA 94, the Super Eagles were ranked Fifth on the FIFA ranking with Dutchman, Coach Clemence Westerhoff managing the team who were edged out by Roberto Baggio’s late minute goal in the second round fixture to deny the team a place in history.

The Super Eagles have also reached the second round of the World Cup at France 98 and at Brazil 2014 but the task in Group D at Russia 2018 will be tricky in a group many have described as featuring teams with loads of exciting characters.

The task before the Super Eagles who must have by now settled down to business in Russia after the fanfare of arrivals is indeed massive. At this point in time, Gernot Rorh, the Manager of the senior national football team must have known who his first eleven will be ahead of the key game against Croatia this Saturday.

Realistically, the Super Eagles have no choice than to come out of Saturday’s encounter with an outright victory. The game against Croatia on Saturday will be the key to the mileage of Nigeria’s stay at Russia 2018 and Gernot Rorh must by now realise that Nigerians have now put on the patriotic garment irrespective of the content and performance of the team in their last few international friendly matches to ensure massive support for the team.

It is time for the Super Eagles to rise and fly. That believe and team spirit which saw the team excel during the qualifiers in Uyo with big score margins can be re-enacted in Russia. The game against Croatia with an ultimate victory will open the wings of confidence for the team to challenge Iceland making their maiden appearance at the World Cup.

A lot is at stake in our first two group games and six points would be a perfect tonic to make this summer worthwhile and all hands must be on deck in making this a reality for a nation bound in faith by the round leather game to excel.

The present crop of Super Eagles are among the youngest in all the teams at the World Cup.  The strength of the team is in the unity of the team work on the field and the focus to excel must be a determinant factor in guiding the team to glory.

Captain Mikel Obi one of the oldest players in the team in Russia knows that a lot is at stake and that is why he assured President Muhammadu Buhari during the team’s reception in Abuja before their departure that Nigeria will win the World Cup.

That statement to me may not exactly play out in reality but it has shown a leader with a group of determined players determined to lift the nation’s image at the mundial and that means expectations of success at the fiesta is realistic positively.

Good enough, the Nigeria Football Federation led by Amaju Melvin Pinnick has laid a template to enhance the welfare of the players prior to the World Cup. The massive support the team continues to get has continued to receive rave reviews with the supporters club and other fans effectively mobilized to cheer the Super Eagles to victory in Russia.

The media has also been encouraging in charting the course of the success story of the Eagles so far despite the fluctuating fortunes in recent international friendly matches and the moment where history finally beckons on these youngsters to excel remains re-defining in the progression of Nigerian football.

The experience that will be gained by these youngsters will lay a new foundation for the future of new stars of our national team and expectedly, our mileage at the World Cup will further boost their careers in their different club sides.

Just like the James Bond classic movie, the Super Eagles will find love in Russia, hopefully with victories that will leave lasting memories for millions of Nigerians but it will not come on a platter of gold. The best will be winning the first two matches and hopefully pray the Argentines don’t come with any form of vengeance in making a bold statement that the friendly game loss earlier was just a fluke.

Only the Super Eagles at this moment realise the weight of history ahead of them. Russia is a beautiful and seductive city and at the World Cup, only teams that have the mental strength will excel. Now that the Super Eagles have landed in Russia, the real cast of the next stage of the game is here, that stage were reality beckons and we can only wish them well. Keep the hope alive and excel in glory.