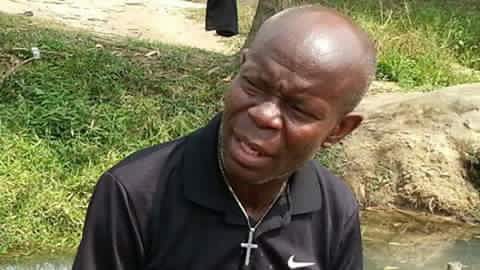 “He came back home feeling so weak and was finding it difficult to breathe, we rushed him to the hospital where he died,” the brother said.

He was surrounded by his mother and other family members as he passed on in the hospital, he said.

Mr Otong, an alumnus of the prestigious Etinan Institute, Etinan, studied journalism at the International Institute of Journalism (IIJ), Uyo. He was the pioneer photo editor of the defunct The Majesty newspaper, Uyo, before he became a freelance photojournalist and a writer.

He was a member of the Consolidated Chapel of the Nigeria Union of Journalists (NUJ), Akwa Ibom State Council.

The Chairman of the Consolidated Chapel, Sammy Charles, said the late journalist was a committed member of the union who stood always on the side of the people.

“As a union we loved him. The union will miss him so much. We pray that the almighty God accepts his soul,” Mr Charles said.

According to the family, the late journalist will be buried on June 9 in his hometown, Ikot Akpan Ishiet, Onna Local Government Area of the state.