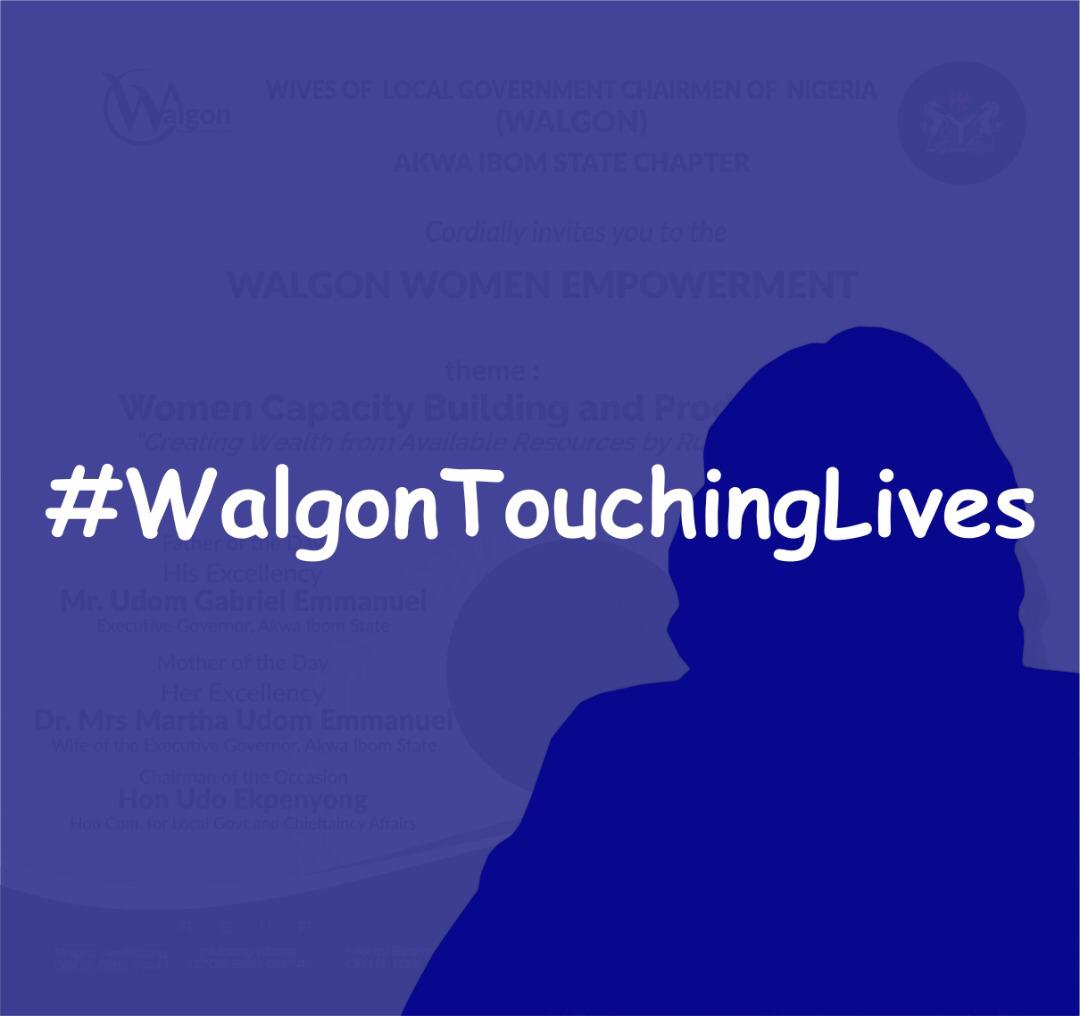 Facebook and other social media platforms had been awash recently with quotes about women and humanity with the hashtags, #3WomenPerWard, #28November, and official introduction of wives of Local government chairmen in Akwa Ibom.
For a second, one will think it’s was a campaign for women to contest for political positions or a fight for feminism or women’s rights in politics or society. There is more to it.

Phylicia Rashad said ” Anytime women come together with collective intention, it’s a powerful thing whether it’s sitting down to making a quilt, in a kitchen preparing meal, in a club reading the same book, or around the table playing cards, or planning a birthday party, when women come together with a collective intention magic happens”
Eleanor Roosevelt talk about the strength of a woman when she said that ” a woman is like a tea bag, you can’t tell how strong she is until you put her in hot water”.

Various social media users were seen celebrating their Local Government Chairman’s wife, while somewhere amazed, bring the first of it kind since the inception of local government in Nigeria to celebrate them.

The celebration which had a massive turn out-trend also raised questions from the public about the campaign;
“To whom it may concern:
Now we’ve seen wives of Local Govt Chairmen, can you also do well to show us their side chicks? #Tenkiu” Samuel Ayara on Facebook

“Wow✔✔✔✔✔
Empowering women is a necessity because it will go a long way in giving them a sense of belonging and make them financially independent.”- Evelyn Edidiong Udobia

“So if I know my chairman’s wife, it will reduce the price of garri in the market. We joke too much in this country.”- Peter Koko James on Facebook.

“Me: Mrs. Something Anietie…. Can you imagine😂”- @Kay_Bubbles on Twitter

“Women empowerment and youth empowerment is a necessity in every focused administration. And the admin. of Hon. Frank has taken these two as a priority. God bless the First family of Eket LGA. I SUPPORT this INITIATIVE OF MRS. BRIGHT ARCHIBONG. #YEAFFA”- Itoro John

“Wetin concern me…
Is she sharing money?
I don’t even know the name of the chairman”- Hasadiah Bassey.

From my findings, It is indeed a clear indication that Wives of Local Government Chairmen (WALGON) are following the footsteps of the Governor’s wife, Her Excellency Dr. Mrs. Martha Udom Emmanuel, who focuses on adding value to the lives of Akwa Ibom Women. This is also seen under the leadership of Mrs, Bright Archibong coming together to touch the lives of women in Akwa Ibom State on the 28th of November 2019.
The program aimed at empowering 3 women per ward in each local government area, will be empowering a total number of 987 women at Shelter Afrique field in Uyo.

Thus on this note, it was Leo Tolstoy who said that “the sole meaning of life is to serve humanity”
WALGON AKWA IBOM STATE CHAPTER is committed to touching lives and serving humanity.
Let’s watch out, as the said event unfolds. My thinking is that the will settle for #WalgonTouchingLives in the end.