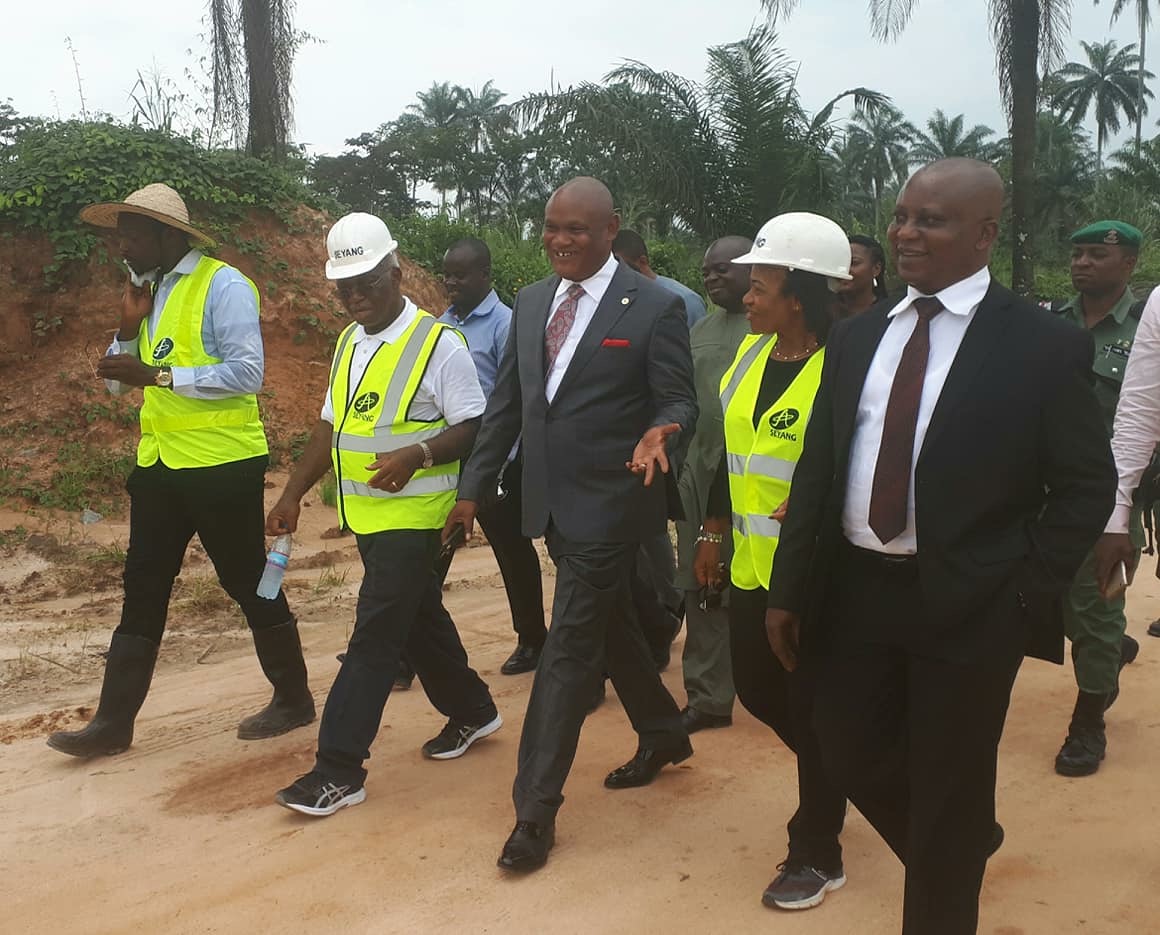 …as Inyangeyen charges them on qty service delivery

The Honourable Commissioner assigned to the Ministry of Works, Akwa Ibom State, Akparawa Ephraim Inyangeyen, has charged members of staff in the Ministry to exemplify absolute commitment to their assigned duties with a view to engender quality service delivery in the Ministry.

Commissioner Inyangeyen gave the charge at the Solemn Assembly / Thanksgiving Service organized in his honuor by the staff of Minister of Work today, Monday, July 15.

Receiving Akparawa Ephraim Inyangeyen, they thanked God for bringing the Commissioner back to the minute, while recounting his sterling performance during his first term in the ministry.

In his exhortation titled, ‘Divine Assignment’, Pastor, Ubong Akpan, said Akparawa Ephraim Inyangeyen was chosen and ordained from the womb as a prophet to this nation to do great exploits, noting that Akwa Ibom State is just a testing destination for him to move to a higher level.

Pastor Akpan urged the Honourable Commissioner for works not to be afraid of any challenge or names calling, adding that the Lord of refuge will always deliver him from the hands of the wicked.

The clergy, who is also a director in the ministry, said though his second coming will compassed him, but the grace of God will destroy the wicked and set him higher until he finished all his works in the journey of his divine assignment.

In their different goodwill messages, Mr. Edidiong Udo, and Mrs. Grace Umanna, spoke on behalf of the junior staff and senior staffs of the ministry respectively. They thanked God for returning the Honourable Commissioner back to the ministry of works for them. According to them, they were excited.

They said Akparawa Ephraim Inyangeyen is a divine project sent from God and he can never be abandoned in the selection of this new executive.

Speaking also, were the Acting Permanent Secretary in the Ministry, Mrs. Idongesit Usen, Mr. Akaninyene Henry, Director Civil directorate, Mr. Ubong Akpan, Director electrical and a host of other directors in the ministry. They all appreciated God for returning the Commissioner returns, saying they were so happy to receive him back to continue his work with them.

They said they love working with him because, he knows the job very well and he is very transparent in his dealings. They described Akparawa Ephraim Inyangeyen as a man of integrity, transparent, and workaholic, adding that, they have learnt a lot from him, which in reality has made them stand firm in their assignment at all times.

They promised the Commissioner their continuous loyalty and also pledged to give him an enabling environment to work and deliver the Governor’s vision in the state to the people of Akwa Ibom state in term of infrastructure development.

Also in their felicitation speeches, the personal assistant to the Honourable commissioner, Mr. Nkanga Nkanga, Mr. Emmanuel Nicholas, Mrs Ubong Ntekim , the information officer of the Ministry of works, representative of Onna community in Lagos thanked the state Governor for recognising excellent, in seeing Akparawa Ephraim Inyangeyen’s effort so far in the ministry and state at large hence, returned him back to the executive council.

They said that Akparawa Ephraim is a man with good charisma who set his goals and ensure that they are achieved. They prayed for more grace for the Honourable commissioner for works.

Responding, the Commissioner, Akparawa Ephraim Inyangeyen, expressed appreciation to Directors and Staffs of the ministry of works for the show of love in honouring and welcoming him back to office in a grand style. “I am really impressed, I did expect this, May God bless and honour you all”.

Akparawa Ephraim Inyangeyen, a second term commissioner for works, thanked God who made it possible for his returned, noting that his greatest achievement comes from God Almighty

He thank God for all the spiritual victories in his first term in office. saying that what he has passed through during his inspection tours in different construction site was terrible. He prayed God to protect him in his second journey and perfect more for the benefit of the state.

He expressed gratitude to the state Governor, Mr. Udom Emmanuel for deeming it fit to returned him back to the Ministry of works. The Works Commissioner promised staff good working relationship as usual and urged them to work with clear mind without harboring any evil in their heart.

Highpoint of the event was prayers rendered by staffs and directors of the ministry for Honourable commissioner, as they thanked God for his returned. They showcased their appreciation to God through beautiful dance steps.