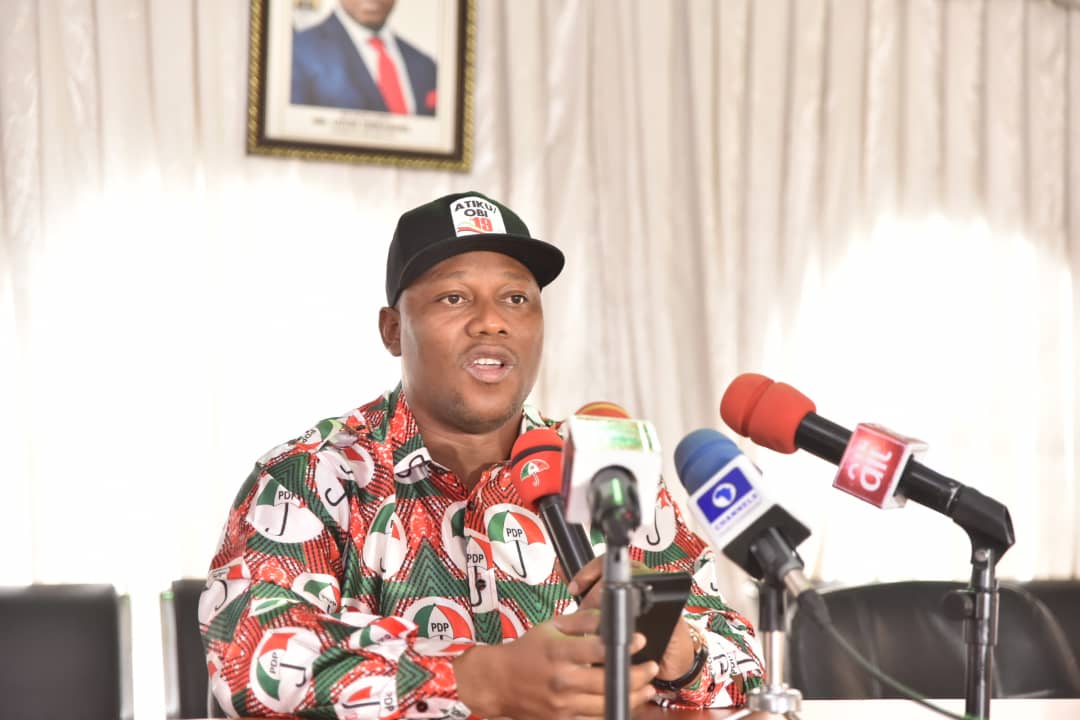 We have read the Press statements of both the Chairman and Publicity secretary of the All progressives congress in Akwa Ibom state on the recent judgement of the court of Appeal relating to Ikot Ekpene senatorial District (Akwa ibom northwest) , where the penultimate court ordered a re-election in Essien Udim LGA .

From the records of court, it is clear that the argument of Senator Akpabio and the APC, who were roundly rejected at the polls was that the ‘votes’ they allocated to themselves in Essien Udim, which were rejected by INEC on the basis of widespread irregularities and violence, should be accepted, counted for him, and Senator Akpabio declared winner. The argument of the PDP was that the votes declared by INEC were the lawful votes as defined by law and therefore the court should uphold the cancellations and declaration by INEC and sustain the victory of Sen. Chris Ekpenyong.

INEC brought evidence to justify their cancellations in Essien Udim and at the end, the court of Appeal held agreeing with the respondents, that there were irregularities in Essien Udim and that INEC should not have even taken a single vote from that LGA, meaning that it should have cancelled the entire elections there and thereupon ordered a reelection. By that judgement, the court is saying that INEC was even magnanimous to have accepted a single vote from Essien Udim.

It is therefore incredibly disappointing for the state chairman of the broom wielding coven to continue in their sustained abuse of the umpire and its officials. They had over a long period before, during and after the elections blamed INEC and Igini for their loss-this strategy had failed and has continued to fail, but the APC and their candidates especially Chief Godswill Akpabio have failed or neglected to see the inefficacy of their worn out antics or change same. We know that as in other parts of decision making, when the virus of escalation of commitment sets in, the host cannot reason logically again. Chief Akpabio and the APC have become a locus classicus for the efficacy of this time tested theory.

Chief Godswill Akpabio and the APC should be thoroughly ashamed that they are seeking to use the result of one local government area to lead people in eight other local government areas where they were overwhelmingly rejected and which they have not questioned – assuming that Chief Akpabio was successful in sneaking the figures from Essien Udim, how moral would such a victory be? Was he contesting to be Chairman of Essien Udim? For a man who claims to be loved by his people, to have lost woefully in 8 LGAs, won marginally in 1 and hijacked materials in his own LGA, shows his unacceptability and is an indication that the majority of the people do not want him.

The Chairman of the APC is from Ika and the question we have for him is , who won in his ward in Ika? Did the APC win in Ika? Were there evidence adduced in court to challenge the elections in Ika? What’s the judgement of the Court about elections in Ika and the other eight LGAs where PDP won?

The world is conscious that with the judgement of the Court of Appeal, the elections conducted by INEC under Igini’s leadership in Ikot Ekpene Senatorial District has been given a pass mark except in Essien Udim, where Senator Akpabio comes from and where he was accused of criminal intervention with the process. The court of Appeal has by their judgement scored Igini 90%, with Essien Udim being the 10% outstanding and by any standards, 90% is an excellent score.
We urge all well meaning people to ignore, in fact shame, the APC and Chief Akpabio for seeking to turn a clear indictment by a court judgement into a commendation. It is however noticeable that this has been their stock in trade, but as the previous attempts, this will fail woefully.
Again, we commend the Court of Appeal for the judgement in rejecting all the votes brought in from Essien Udim LGA and ordering a re-election there- clearly giving our candidate and party an opportunity to widen the margin of victory and undertake the final political burial of the ousted and rejected Senator. We will work tirelessly to ensure that the world’s attention is brought to Essien Udim LGA on that day to prevent the repeat of Warsaw or money play there on that day. We will particularly urge international observers especially the US, EU, UK etc to send their representatives there in order to observe those who will participate in election malpractices and note them for punitive actions( Visa withdrawals, repatriation of their children studying abroad and confiscation of their property).

Our party structures in Essien Udim have been energized and will soon move into every street and knock on all doors in preparation for the elections. We also put the police and other security agencies on notice to provide maximum security during campaigns as we are aware that the APC will try to use violence to prevent campaigns in Essien Udim.

We will as usual rely on the Divine might to complete the victory which was divinely orchestrated to dethrone the deification of man and manification of God.