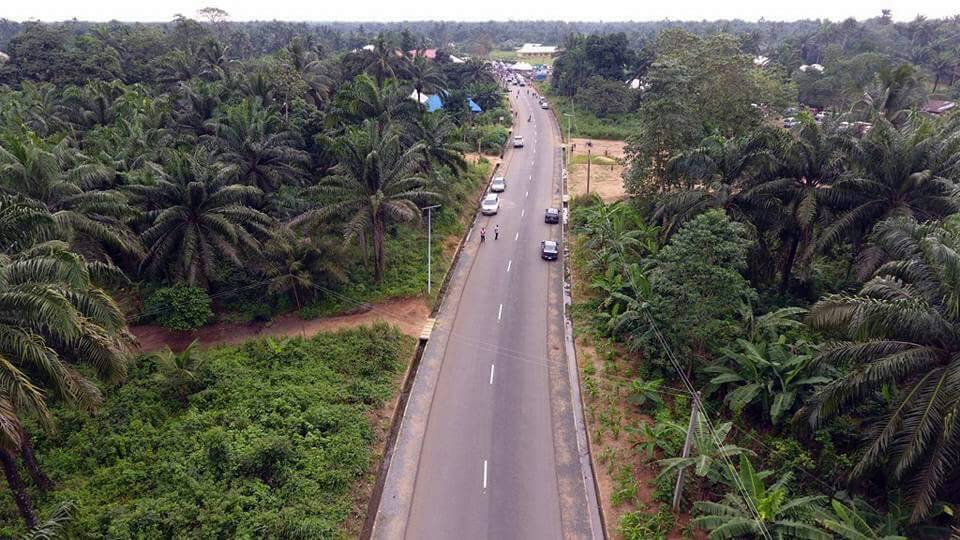 The fact has emerged on why the Akwa lbom state government is intensifying effort in ensuring that every ongoing project under Governor Udom Emmanuel-led administration is completed before the expiration of its tenure.

The move showed the aggression with which the state government is determined to make the state ready for comprehensive industrialization approach, Works’ Commissioner disclosed.

The Akwa lbom state Honourable Commissioner in charge of Works’ Ministry, Akparawa Ephraim Inyangeyen, disclosed this today, when he led a team of Engineers from his Ministry on inspection tour to some of these projects in order to ascertain job specification compliance by the contractors, handling these projects, and as well, assess the degree at which they will meet completion deadline.

“The state government is hoping that, it consistency in projects supervision and inspection will raise the morale of construction firms handling these projects towards delivering quality road network, such that will help both the local and foreign investors in driving their trade, commerce and businesses”, Commissioner lnyangeyen hoped.

Quite a number of projects were inspected today, one of such was the ongoing Eket Remodeling project, within and around Atabong junction in Eket local government area. Quite interestingly work is going on there at its optimal level. Commissioner lnyangeyen, who supervised the work, expressed delight at the pace of work done. He however, instructed the contractors handling the project on the state government expectation, and promised to return to the site soonest to ascertain their compliance.

The Works’ boss, who was also accompanied by his Permanent Secretary, Engineer John Itiat, inspected few marked structures that were at the acquired right of way with a view to ascertain the right of way, which are to be taken down once the owners of these structures are settled. He coveyed the message of the governor to the people of Eket, and reiterated the Governor’s commitment to open up Eket for business and commerce to thrive, even as the youths of the area pledged their continuous cooperation to ensure timely delivery of the project.

The Works’ Commissioner and his team also inspected ongoing projects in Onna local government area. Among other projects were the lkot Ebidang road project, which opened at the new constructed jetty in Onna. Construction work on this road is on progress. Another project was the Odio – lkwe road project, where the Works’ Ministry met the constractors of the project doubling up effort perhaps, to meet the time line.

Awa – Nkana road project that linked both Onna and Etinan local government areas was also inspected, where work was also going on at optimal level. The team also inspected the ongoing first of its kind ‘Cable Bridge’ in Ekpene Ukpa in Etinan local government area, along Etinan – Ndoneyo dual carriagewsy. Quite an excellent work is ongoing there at the bridge construction.

The Honourable Communication for Works, while fielding questions from newsmen, actually expressed satisfaction at the pace of work done so far, when going through the inspection of the aforementioned projects with his team. Speaking about the state government expectations on the ongoing projects in the state, the Works’ Commissioner reasured the state government’s commitment to completing every ongoing project. According to Ephtaim lnyangeyen, a good number of these projects would be delivered to the good people of Akwa lbom for use, come May, 2020.