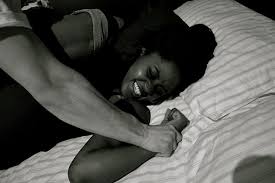 Please if you see this guy anywhere in Abuja, I want you to know he is a RAPIST. He raped a young lady in his house around 2am on Sunday and kept her against her will to about 11am. His name is Emmanuel Ettah and I want to expose the beast.

The reason for the post is to raise awareness and help keep any future victim safe. The victim would like to remain anonymous and I respect that. If anyone knows any agency that will take decisive action, I would really appreciate it.

The horrible event started on Saturday evening. He called her up to go out with him. She met him up and they went to a bar in Wuse. Then he told her to follow him to a club and she agreed. Please bear in mind that she has know him for over a year

He stalled and waited till about 2 am then he told her to sleep over. She said no wahala. She met him through a mutual friend who is presently in Keffi. The mutual friend is Emmanuel’s girlfriend

She went to his house, she wasn’t so aware of the surroundings on the way to his house because she was a little tipsy. He offered her his bed she declined and said she will sleep on the couch

After an hour he came and woke her up. Told her to strip, that it is his house and he makes the rules. She declined and he became forceful. He removed the clothes while she was shouting but non of the neighbors responded

He dumped the clothes in a bucket of water. He told her she is not going anywhere, she was screaming but he was adamant, he told her just the tip and as she was struggling she hit his penis. He became angry and tried to suffocate her with his pillow

She begged and begged. He refused. Said he was going in raw. She begged that he use a condom… he refused. He forcefully entered and after some time she said she felt warm liquid, meaning he ejaculated

The next morning, she went to check her clothes, she told him she needs to dry them because she has to go home. He refused, told her to use a pressing iron which didn’t work. This was about 9am in the morning. She was naked all through the night

He told her he will dry it outside, she took a bunch of keys from his table and threw it through the burglary outside.

Hoping he will open the door to go and collect it, a neighbor walked by and she begged the neighbor that he has taken her hostage since last night.

He came out and told the neighbor that nothing is wrong with the victim that she is just blabbing, the neighbor left

When she saw that the door was open probably because he thought she won’t be able to go out naked since her clothes were wet, she put on his boxers and shirt and ran out

She ran out with her clothes in her hands. He was in the kitchen at the time. When she got out she saw a mallam amending clothes, she asked him whose clothes he was amending, he pointed at the house

She went to the house and frantically knocked, a man opened the door. After narrating her experience, he called a taxi for her which took her to her house.

We have reported to some outlets that haven’t currently taken any steps. The victim is very much afraid and ashamed. She dosent want people knowing her identity.

I have decided to keep the guy’s pix and profile off this post cos I don’t support girls playing Cleopatra with a drunk dude by 2am. 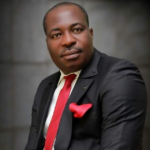