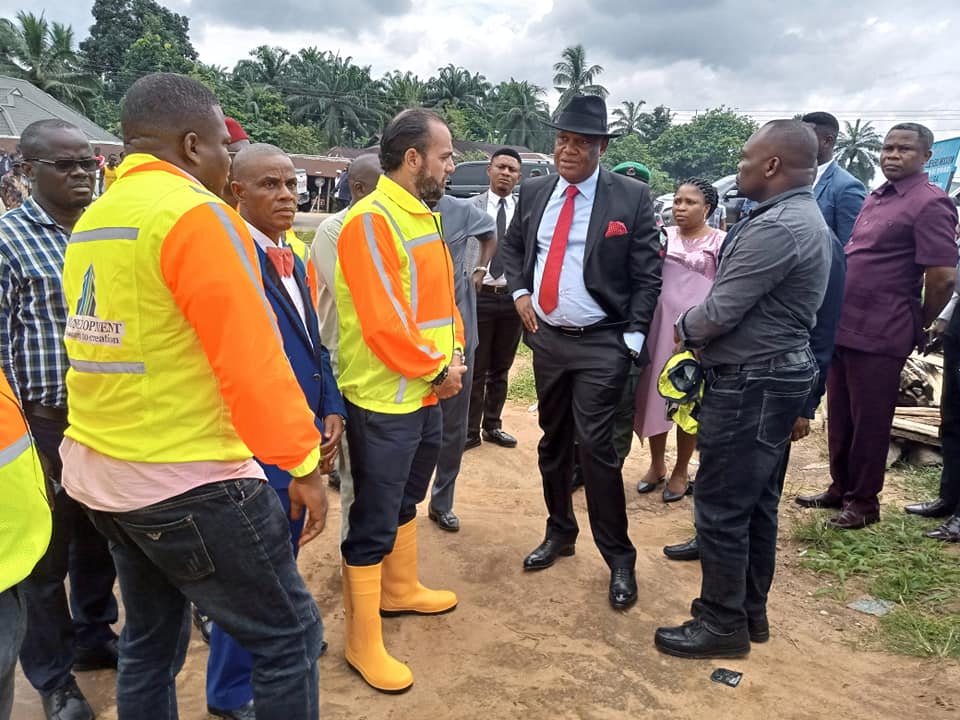 …says first modern jetty set for operations in A’ Ibom

Akwa Ibom State Works Commissioner, Mr Ephraim Inyangeyen says he is not bothered by the criticism against the Governor Udom Emmanuel administration over ongoing road construction projects across the State, arguing that, the people will celebrate the governor when the job is complete.

Mr Inyangeyen made the remark while announcing the closure of Liverpool Road, Atabong Road and Oron Road by Hospital Road, all in Eket to enable unhindered progress in the construction of the roundabout being part of the Eket remodeling project during an inspection visit.

The Works Commissioner who appealed for understanding from commuters and road users who will be inconvenienced by the diversion to ply alternative routes, acknowledged that, the temporary discomforts road projects cause the people is reason, a few people abuse the Ministry of Works and the State Government.

He however maintained that, when the work is completed, the same mouths that abused us will sing the praises of the Governor and the Ministry, adding that, previous experience of this shift in reactions to development is what consoles and drives his determination to deliver on the Governor’s Road construction vision with unwavering focus.

Earlier, Mr inyangeyen was at the soon to be completed modern jetty at Ikot Ebidang in Onna, where he expressed hope that, Akwa Ibom is ready for international trade as the first world class Jetty I. The State will be launched for operations.
The Work’s helmsman explained that, the Jetty offers an inland water way to connect Eket, Onna, Eastern Obollo and the Atlantic ocean in a matter of minute’s, adding that, Governor Emmanuel is committed to expanding infrastructure and opening up the State for big time economic transactions.

Inyangeyen was also at Ukanafun to reassure the people of the commitment of the State Government to construct the Ikot Akpan Afaha-Ikot Osung road, adding that, the contractor handling the project has mobilized to site.