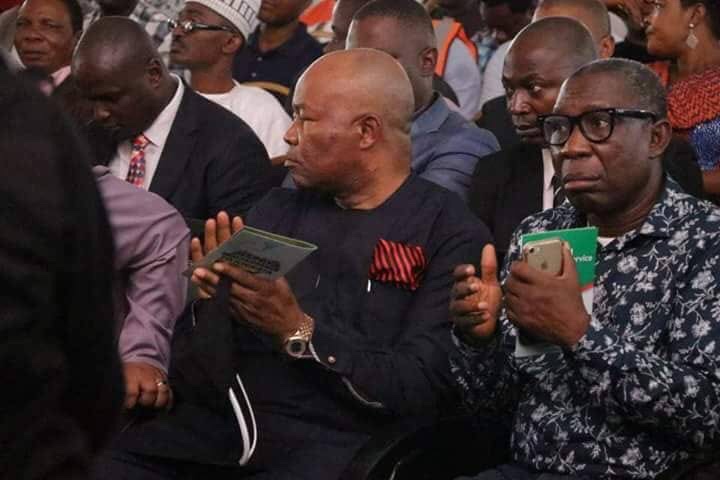 Chief Awak in a post on his Facebook page on the corruption and fraud engulfing the project said, despite the many boastful promises of job creation and income generation the state will derive from the project, Akpabio only used the project as a conduit pipe to loot the state resources.

“Indeed, the Ibom Tropicana Entertainment Complex has turned out to be a veritable sepulchre of uncommon larceny, or thievery, if you wish”.

“In 2008, Mr. Godswill Obot Akpabio publicly boasted that the brainwave he called “The Tropicana Entertainment Complex” made up of 3 cinema theaters, a 15-Storey “5 Star” hotel, a multi purpose event centre and conference facilities with the capacity to accommodate 5,000 guests, a “world class ultra-modern shopping mall” and a recreational garden will be completed, commissioned and delivered to Akwa Ibom people in “the first quarter of 2010.”

“He also loquaciously bragged that this elephantine waste will cost Akwa Ibom taxpayers some #33 billion and generate 5,000 jobs that’ll gainfully engage our people”.

The former Commissioner for Information said, despite all these mouth watering promises of an eldorado, nothing good came out of a project that consumed billions of tax payers money.

Here him, “But alas! What do we have? By the time Godswill Obot Akpabio’s eight year tenure expired on May 28, 2015, seven years after the construction works for the complex began and five years above the date of its delivery, the Akpabio Tropicana complex was less than 55 percent complete”.

Awak who has been a vocal critic of the former Senate Minority Leader described Akpabio’s defection to APC as a major setback for the party as the virus the party was previously opposed to has now being imported into the APC.

“A hybridized virus is in Akwa Ibom APC whose mission is to destroy APC from within. Why the conspirational silence? “, he said.