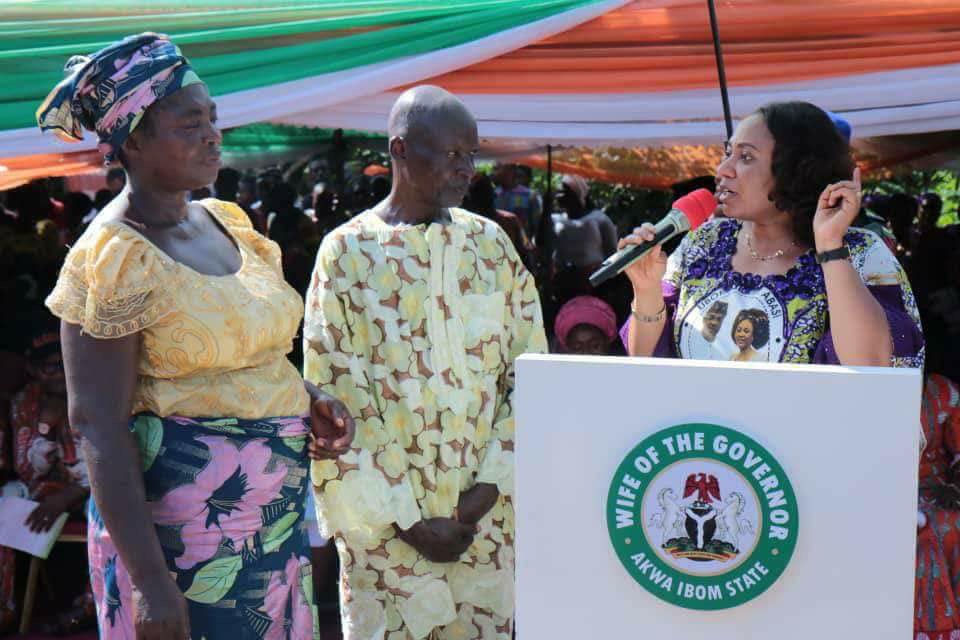 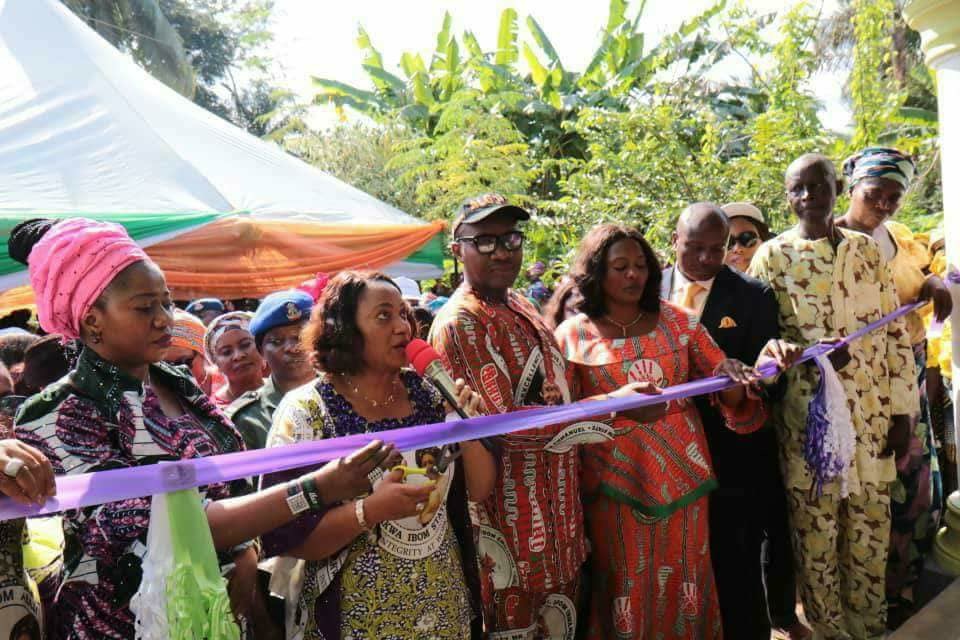 The houses built by Akwa Ibom State governor’s wife, through her pet-project Family Empowerment and Youth Reorientation Path-Initiative (FEYReP) was inaugurated and handed over to the benefiting families by Her Excellency, Mrs. Martha Udom Emmanuel. 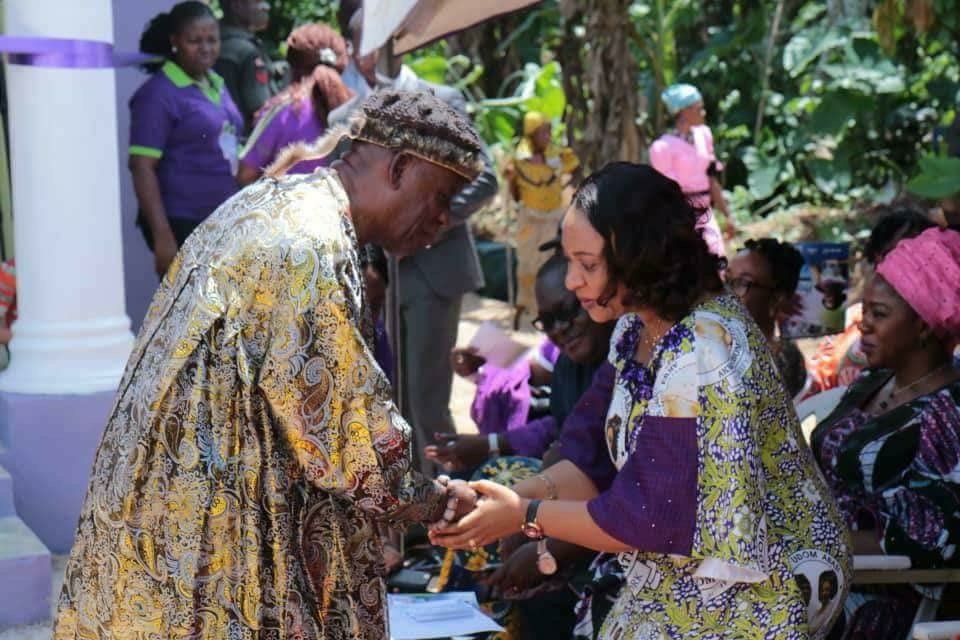 Mrs. Emmanuel in her remarks at the respective local government areas thanked God for the ability to touch lives positively in the state through her pet project, saying her vision of providing shelter for the indigent members of the society is aimed at showcasing successful families.

She noted that beneficiaries of FEYReP’s programmes are not only limited to widows and widowers, but that it cuts across all segments of the society.
“My programmes are not gender based but it is all inclusive. I don’t select based on any affiliation, I pick out the beneficiaries based on my conviction with the help of the God. As you can see, these families have just been blessed and you may be in line next time. ” Mrs. Emmanuel quipped.

The First Lady while urging the beneficiaries to engage in economic activities that will boost their livelihoods, further charged good spirited individuals to partner with FEYReP to lend helping hands to those in need within their vicinity.

On the forthcoming general elections, the governor’s wife advised the youths of the areas against political thuggery and criminal acts which could jorpadise their future, stating that they should not allow themselves to be used by desperate politicians.

At Nsit Ubium LGA, the Executive Chairman, Hon. Udeme Bassey while welcoming the first lady, thanked her for her lofty programmes which he said is targeted at the poorest of the poor.

Goodwill messages from political stakeholders of the area such as the representative of the speaker AKHA, Prince Ubong Efanga, Senator Effiong Bob, village head of Obio Ubuim, Chief Gabriel Inoh and the clan head of Ubuim, Etubom Udo Ewa, all thanked the governor’s wife for her support and love for the needy in the state, stating that her lofty programmes through FEYReP has touched many lives in the state. 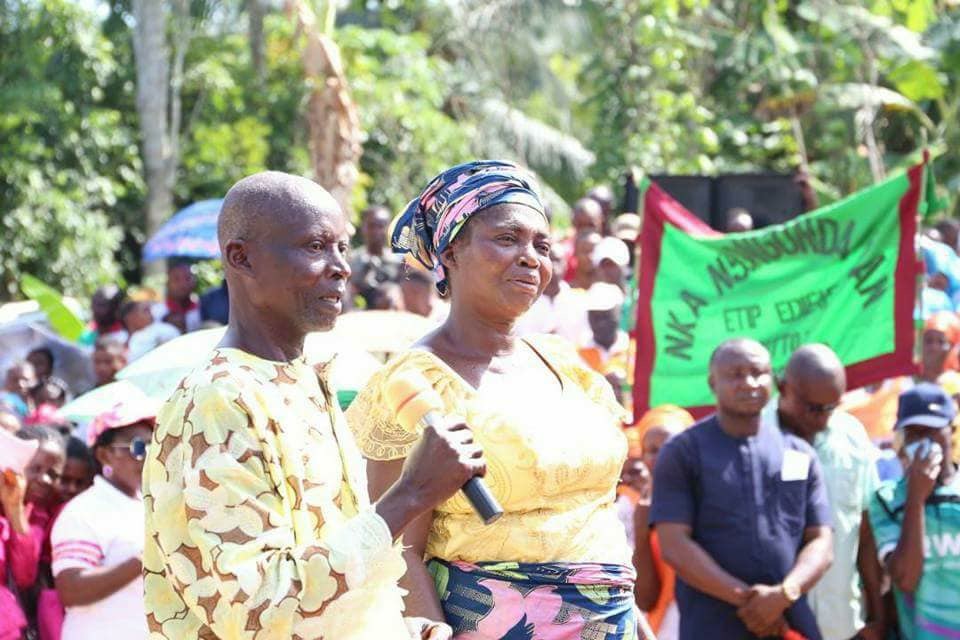 At Ikono LGA, Mrs. Emmanuel was welcomed by the Executive Chairman of the Council, Hon. Itoro Columba who appreciated her for her life touching projects across the state.

The council boss said Ikono which is the cradle of ibibio has never had it so good, pointing out that the renovated General Hospital with state-of-the-art digital equipments is a pointer to the fact that the administration of Governor Udom Emmanuel holds them in high esteem.

Others who spoke were the former commissioner for finance, Sir Sunday Udo Akpan, the PDP state legal adviser,Barr. Goddy Umoh and the PDP chapter Chairman, Hon. Moses Akpan all saluted Mrs. Emmanuel for her unprecedented strides and declared their unflinching supports to the government beyond 2019.

In their separate vote of thanks, the beneficiaries poured encoumiums on the governor’s wife for her benevolence and magnanimity towards them and prayed God to bless and multiply her beyound 2019. 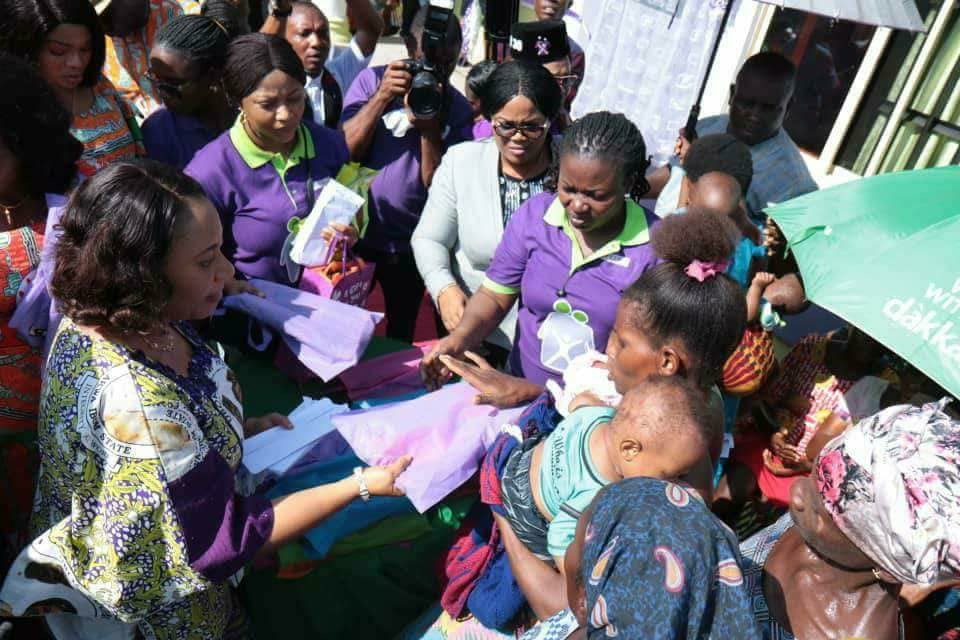 In her tradition, Mrs Emmanuel also gave out wrappers with largess to twenty women from the respective local government areas.