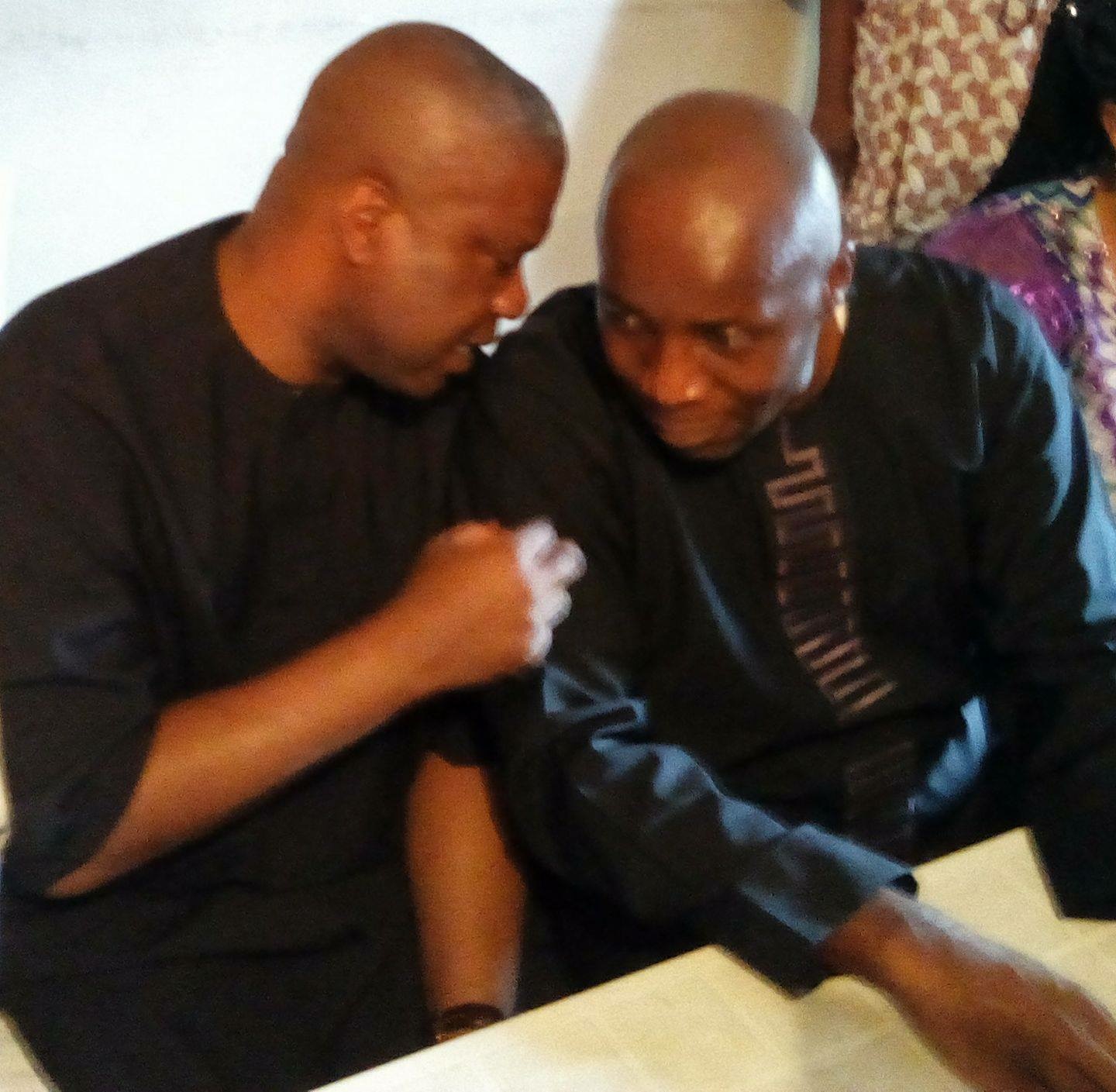 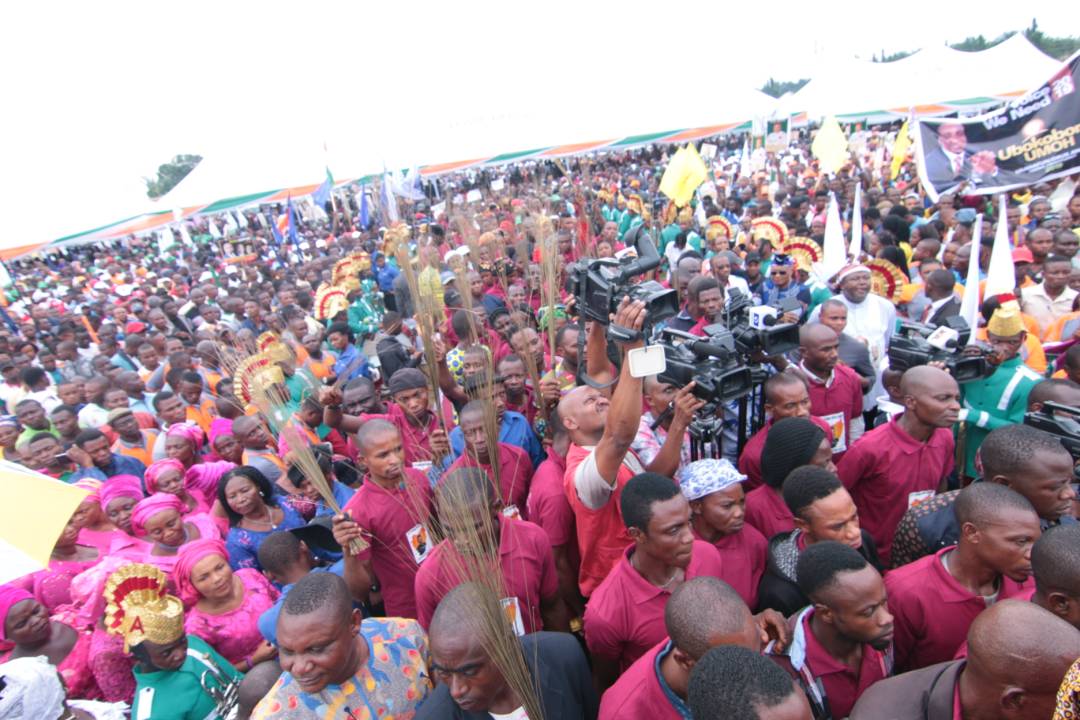 Early reports coming from the ranks of some elders and Stakeholders of the All Progressives Congress in Akwa Ibom indicates that the power movers in the state chapter of the party are currently engaged in a battle of supremacy on how to arrive at the final list of handpicked members to form the Chapter Excos of the party.

The Daily Mirror can authoritatively report that all members of the different media teams of the APC and that of Obong Nsima Ekere have been advised by elders and stakeholders of the party not to publish any picture or make a post about the congress until the different power interests within the party come to a final agreement.

One of the aides to the APC strongman and former Senator James Udoedeghe who has been feeding the Daily Mirror with updates on the situation hinted that as at 4:13pm, the power brokers were at Obong Umana Umana’s house trying to agree on the acceptable sharing formula for the names of the people to be announced as Chapter Chairmen as well as other Chapter Exco members.

It was gathered that Senator Udoedeghe has been trying to get a firmer hold of the successful outing he had at the Ward Congresses by getting a fair share of the Chapter Officers to be shared among the different powerbrokers and elders of the party.

“His Excellency, Senator Udoedeghe, the authentic leader of the APC in Akwa Ibom State has so far been resisting the antics of the emergency beneficiaries of the APC platform whose real intention is to come and reap where they did not sow. Since when they said they will not be taking the materials to the field but will prefer to share the chapters among the power interests within the party, the real leader of our Party has been telling them one thing – that there are all seated to share the offices because he singlehandedly built and grew the APC in Akwa Ibom to the level it is and as a result will not be cheated out of making the most influential decision in the congress. We really do hope that they will respect the journey of peace that we had begun. So far,  we are having heated arguments and efforts at horse-trading. For example, In Oruk Anam, Don Etiebiet is struggling to takeover the entire structure from Hon. Emmanuel Ukoette and  is also asking Ukoette to step down his ambition to seek a return to the House of Representatives on the argument that it is the turn of Ukanafun to produce the next member of the House of Representatives. In Uyo, Senator Ita Enang is fighting to hijack the structure to contest for Senate and prepare for governorship election in 2023 against Obong Umana Umana. In Oron, there are efforts to take the entire structure away from Senator Nelson Effiong who the powerbrokers are accusing of not being on ground. So, they are still engaged in a tug of war.

Initially their head of Propaganda unit, Etim Etim had started to make moves to release reports around 12 noon that Nsima Ekere and his few money-driven supporters were in control. But His Excellency, Senator Udoedeghe had warned them sternly that if he gets any other negative report about himself, he will back out of the peace journey. You will recall that they had accused the distinguished Senator of approaching The Governor of Akwa Ibom State for a bribe to use as kickback to cause commotion during today’s congresses. But we kept quiet because Nsima Ekere had said he would issue a stern warning to his attack dogs led by Etim Etim to desist from making statements and publications that could threaten the new peace accord. If not for that, trust Etim Etim and his co-travellers for Nsima Ekere’s peanuts to have started flooding the whole place with fake reports about Nsima Ekere control of the situation. Go online now and check you will not see anything, because of the restraining orders His Excellency Senator Udoedeghe had issued.  So right now, we are still here at a venue I cannot disclose to you to see how we can harmonize the list of the Chapter Excos in a way that their camp will also benefit. Everyone is here right now it appears that they might reach a consensus till late in the night.”

The major arrowheads of the party have been using their Abuja connections to wrestle for supremacy with the chapter of the party in Akwa Ibom State.

While, Senator Ita Enang has been trying to influence things based on his closeness to the Aso rock villa, Senator Udoedeghe has been using his relationship with Senator Ahmed Bola Tinubu and Vice President Osinbajo to pull some strings. The Managing Director of NDDC, Obong Nsima Ekere on his part has been trying to influence things using his relationship with Minister of Transport, Rotimi Amaechi who is the Campaign DG for Buhari 2019 election.