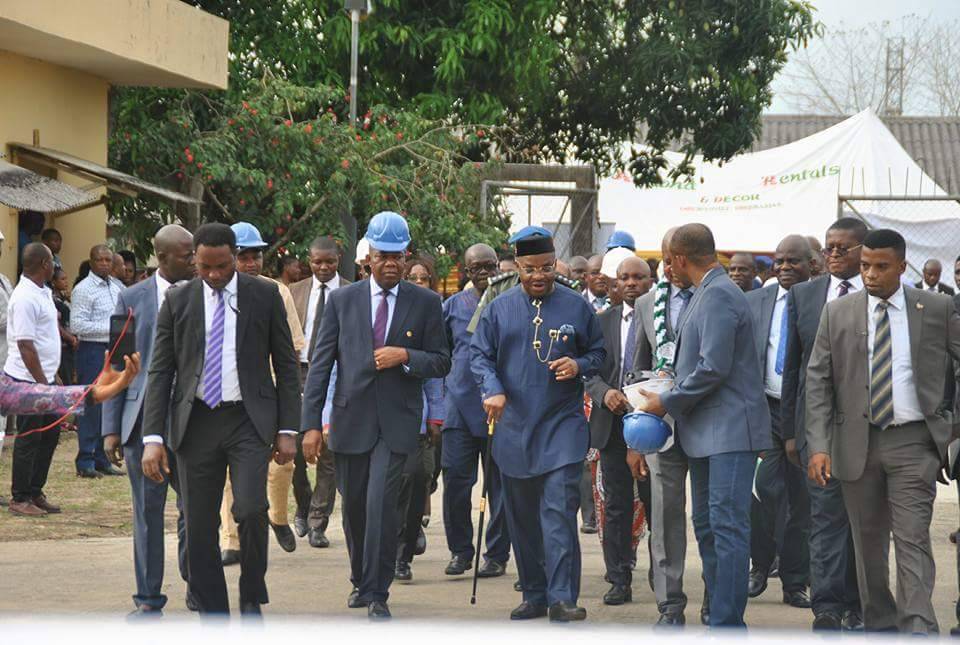 Security is one word everyone can easily relate to due to its importance and value. The hallmark of any government is its ability to bring security to the doorstep of her people, to safeguard lives and property, provide job security, financial security, etc.

Security, undoubtedly plays a vital role in any society, as it is globally accepted as a key factor to economic development.

Akwa Ibom State, before the advent of Governor Udom Emmanuel in 2015, trailed the path to destruction, scoring exceedingly high in assassinations, kidnapping, unemployment, armed banditry and other prevailing crimes. The state’s economic status dropped drastically, securing the state a third place in the highest poverty rate of 27.1% within the south-south zone.

Governor Udom Emmanuel swiftly moved into solving the primary problem of his electorates. This he pledged on his inaugural occasion to prioritize the security of all sons and daughters in the state.

“…..ensure the security of lives and property of the people at all time, while adhering to the principal of the rule of law, thereby ensuring equity, justice and fair play…” he pledged

This avowed promise of Governor Udom Emmanuel, however followed proactive measures to match words with action. His administration saw through the proscription of over 30 cult groups in the state, bringing to bended knees incessant cult clashes in the urban cities and school environments.

Following the heavy security presence drawn to tackle insecurity in the state, car donations to aid the mobility of the police, and visitation by the former Inspector General of Police, Idris Kpotun, Naval Officers and the military Officers to the Government House, Uyo.

Governor Emmanuel, in support of his education advancement, and the need to boost security in the state, had offered to assist in renovating and upgrading facilities at the moribund Model College Ikot Ntuen, Oruk Anam for the military school project.

It could be recalled that the state Governor also kept his promise with the intervention at the former Salvation Army Secondary School, Efa in Etinan which he partnered with the army to transform into an Army Command Secondary School.

The Governor had since inaugurated the Nigerian Navy Military School at Ikot-Ntuen in Oruk Anam Local Government Area of the state.

The choice of a destination for a two-day Summit of the Federal & States Security Administrators’ (FSSAM) hosted in Uyo, didn’t come as a surprise, as they were bold indicators to the quest of Governor Udom Emmanuel to sustain peace in the state.

While declaring open the two-day meeting, Governor Emmanuel speaking through the Secretary to the State Government, Dr. Emmanuel Ekuwem, reiterated his commitments towards achieving a more peaceful and safe society to encourage the growth and development of economic opportunities.

“…the passion demonstrated by this administration in the fight against militancy, cultism, kidnapping, assassination and other criminal vices in the State is unparalleled…” he said

In partnership with the federal and state security agencies, the state government recorded another feat, restoring peace and safety to lives and property in Ukanafun and Etim Ekpo Local Government Areas of the state, which, for some time, had witnessed wanton destruction of human lives and property.

It was a great show of emotions, as over 200 leaders and members of cult groups went on their knees at the Central Primary School, Ikot Akpan Nkuk in Ukanafun local government area and dropped their weapons in exchange of peace, praying for forgiveness from God and the Governor for all the pains they brought to their people over the years.

Victor Frank from Ikot Udobong, Etim Ekpo local government area, Goodluck Emmanuel nicknamed Small DPO from Ikot Udo Obo, among others who also spoke amidst tears before the Governor appealed to the Governor to help in rehabilitating and getting them reintegrated back into the society.

An emotional Governor Udom Emmanuel saddened by the condition of the repentant militants, recounted how difficult it has been for him to bring development to their areas because of insecurity and thanked them for embracing the reconciliation and rehabilitation meeting. He further invited the repentant to Government House, Banquet hall, Uyo for a peace talk and rehabilitation project.

Through the proactive and strategic approach of Governor Udom Emmanuel, Akwa Ibom State has felt peace enough to attract industries and economic activities to the state, and above all ranked as second in foreign direct investment after Lagos.

Reacting, the State Chief Executive described the publication as false, misleading and contradictory. Speaking during a national workshop organized by the Conference of Directors of Public Prosecution (DPP), held at the Ibom Hotel & Golf Resort, Governor Emmanuel wondered how a state that the whole world attests to be second largest with influx of foreign direct investments, could suddenly turn out to be unsafe for people to travel in.

Nevertheless, the publication by the commonwealth office triggered comments from citizens, and even non-indigenes in the state, who frowned at the indicting information on the state. Students, working class, business men and women, rather applaud the Governor for the effort to restore peace in the state, assuring that the state was safe.

Mrs Ihueoma, a non-indigene who confessed to have lived in the state for more than a decade, expressed shock over the publication by the Foreign Commonwealth Office (FCO), she attested that Akwa Ibom compared to other states is the safest in the country, hence the influx of people and business witness in the state.

A Criminologist, and Security Expert, Mr. Ebere Okorie, suggested that the publication were rather made from the existing biased claims about Africa as a whole, he faulted the publication as indicting on the personality of the state, which has stand out as a safe haven for investors, businesses and people, courtesy of the Governor Udom Emmanuel’s effort to sustain peace and eradicted all forms of criminality. He however call on tourist, and traders to visit the state without fear, as it open by land with good infrastructures, air by the newly state airline and by water.

Victor Ibanga, among other students in the University of Uyo, assured that the state was reasonably safe, citing the proscription of cultism, among other developments, they however showered words of commendation on Governor Udom Emmanuel for his rigorous effort to maintain peace.

Economy development, infrastructural development, lives and properties, etc would be meaningless without sustainable peace and security, while most states can easily relate to the concocted publication by Foreign Commonwealth Office (FCO), Governor Udom Emmanuel has left no stories in the mouth of the citizens and non-indigenes. 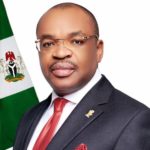