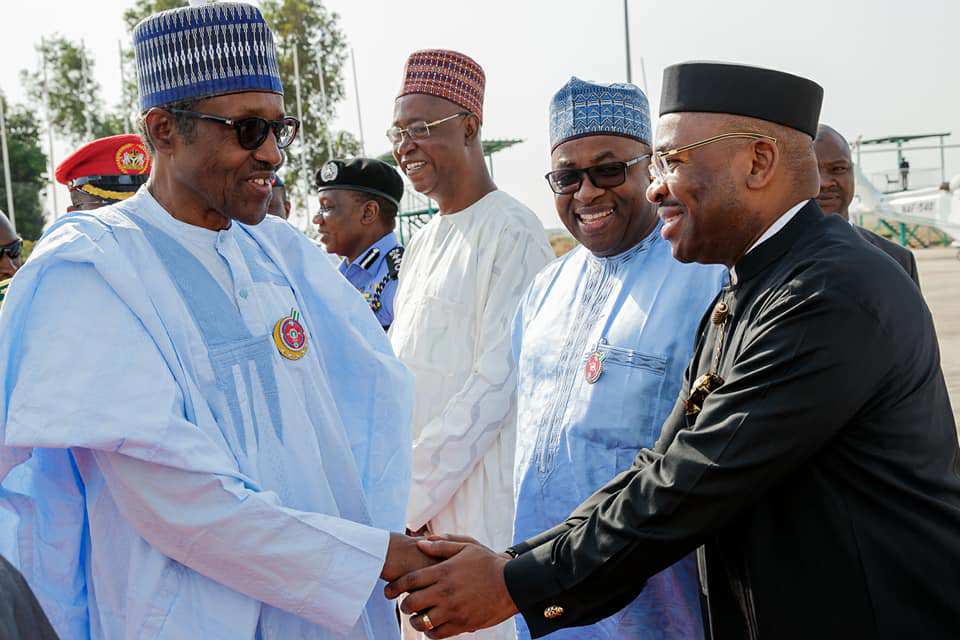 ON 1, 2018, a day dedicated to celebrating Nigerian workers for their huge contributions to the socio-political development of our nation, a certain John Ekperikpe (an obvious pseudo-name and a ribald opposition media apparatchik in Akwa Ibom State ) decided to regurgitate a long discredited line of narrative which the purveyors have over time, tried to oil for traction but which had thankfully failed miserably: the attempt to create a wedge between Mr. Udom Emmanuel, Governor, Akwa Ibom State and President Muhammadu Buhari (GCFR), President and Commander-in-Chief of the Armed Forces of the Federal Republic of Nigeria, and in the process endanger the warm and cordial relationship the two Nigerian patriots have enjoyed since 2015.

Writing under a bewildering caption “Finally, Udom cuts too close to the bone”, in The Nation newspaper (page 20) Mr. Ekperikpe went on a logically confounding and absolutely obtuse layer of analysis on what he and his sponsors had wanted the world to believe has been Governor Emmanuel’s ” ill-will, contempt and unvarnished hatred for the President”.

Having read through the logically vacuous write-up, my initial reaction was to ignore the piece as I had done several others in the past, but for the undisguised intent of the writer, which, as I had earlier mentioned, was a clever by half attempt to throw a monkey wrench in the relationship Governor Emmanuel enjoys with President Buhari, I had no other recourse but to do this Right of Reply.

What had obviously riled Mr. Ekperikpe and his sponsors was a letter that was issued by the Chairman of the Uyo Capital City Development Authority, (UCCDA), Mr. Enobong Uwah, notifying a nascent group called National Committee of Buhari’s Support Group that given the fact their Uyo office is located just a few metres away from Government House, which by itself constitutes a security breach, the group should consider another office location. I will not go into the details of this matter since the facts are all there for everyone to read and draw their own conclusions.

In a twisted logic Mr. Ekperikpe wants the world to believe that the letter was authorized by Governor Emmanuel and this, again in his opinion represents another anti-Buhari stance by the governor, hence his laborious conclusion that the governor harbours “ill-will, contempt and unvarnished hatred for the president”.

It is a known fact that the political season is upon us, and most media handlers, hacks and paid hirelings will outdo themselves to show fidelity to whoever is sponsoring their campaign of misinformation and blackmail. They will manufacture and concoct all manner of lies and propaganda all in the hope of negatively defining their targets. Nothing to them will be morally objectionable to waddle into since they live in the mud and will try to drag otherwise decent people into their despicable world of lies, half-truths and obfuscation.

But there is something these people have inherently failed to understand: the capacity of Nigerians to discern facts from fiction and to dismiss such lies as the handiwork of an intellectually lazy bunch. Ekperikpe’s write-up falls under this range.

The truth of the matter is that Governor Emmanuel holds President Buhari in the highest esteem and believes as practised elsewhere, that even though one may belong to another political party or share different governance ideology, the President of the Republic remains the symbol of the nation and thus the office and the occupier must be accorded all the respect due him. Governor Emmanuel has in his almost three years in office lived by this conviction, hence the mutual respect and cordial relationship that exists between him and the President.

The opposition elements in the state have harangued The Presidency since 2015 and have caused to be published paid advertorials where they lectured The Presidency on their own version of civility. They forgot to hearken to the immutable advice of Mike Pence, the Vice President of the United States who had admonished that “we cannot do democracy without a heavy dose of civility”.

Early this year, when the Nigerian Television Authority (NTA) honoured Governor Emmanuel with the Integrity and National Service Award, which was presented to the governor who was ably represented by the Commissioner for Information and Strategy, Mr. Charles Udoh, right inside Aso Rock by the Secretary to the Government of the Federation, Mr. Boss Mustapha, members of the All Progressives Congress (APC) in the state were aghast. They wrote insulting advertorials to Mr. Mustapha, the Minister of Information and Tourism, Lai Mohammed, and the Director-General of NTA, lambasting them for giving an award to Governor Emmanuel who in their opinion should be destroyed and blackmailed even when it is a known fact that he has performed exceedingly well and deserves commendations which the NTA, rightfully did. Most discerning Nigerians were disappointed with the state’s APC and were roundly pilloried on the social media space, but obviously, they didn’t draw useful lessons from that public relations fiasco.

The way the APC sees governance in Akwa Ibom State seems to be based purely on zero-sum game or kitchen sink approach: you treat your political foes as mortal enemies, you slap lies on them, blackmail them and slam-shut any door of civil engagement. This is very sad for our democracy.

It is very unfortunate when Ekperikpe wrote thus: “I believe that Udom Emmanuel’s latest perfidy should earn an appropriate response from both the APC and Buhari’s Presidency. In politics no one turns the other cheek”. May God save us from this brand of politics that John Ekperikpe has prescribed for our state in particular and the nation at large, and may we be filled with the inspiring message of a former American Secretary of State, Condoleezza Rice, who told the world in the heat of the Republican and Democratic presidential electioneering campaign that “I don’t believe in confrontation. That seems to be outside civil discourse and we all have to be civil to one another”.

Governor Emmanuel has no apologies for being civil to President Buhari and no amount of cheap lies from some misguided hirelings like John Ekperikpe will change the bond of friendship the two patriots enjoy. There is a little word in the political lexicon that has helped deepen the political culture and governance mechanics of most mature and maturing democracies of which Nigeria is currently enjoying, and that is bipartisanship. Mr. Ekperikpe is advised to look up the full meaning of that word and internalize the meaning. It will help condition his impulses and neuter his ribald passion 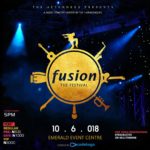