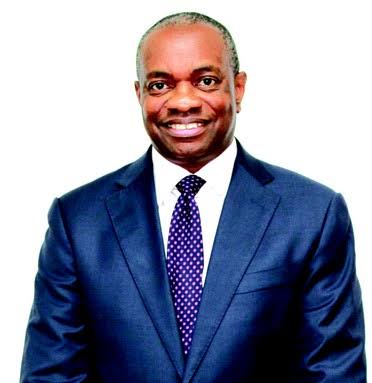 The efforts of Governor Udom Emmanuel in ensuring that Akwa Ibom people are recognized and given prominence in the country has yielded more positive results.

Another indigene of the state, Mr. Udom Inoyo, has been appointed  the Vice Chairman to the Board of international oil giants, Mobil Oil Producing and Esso Exploration and Production Nigeria..

Paul McGrath the Chairman and Managing Director of the company is quoted as saying,

“I am pleased to advise that effective March 19, 2018, U. U. (Udom) Inoyo, Executive Director/In-Country Human Resources Manager, assumed the position of the Vice Chairman to the board…”

Udom joined the company in 1989 and after several Human Resources roles in Nigeria, USA and Belgium, was appointed Manager, Human Relations Policies & Programmes in 2001.

He became the General Manager, External Affairs between 2002 and 2006, and thereafter, the In-country Human resources Manager. Udom was elected to the Board of MPN as Executive Director in 2004.

He is an indigene of Nsit Ubium local government area of Akwa Ibom State.

Governor Emmanuel had on assumption of office promise to ensure that Akwa Ibom is given its due recognition in line with the potentials that abound in the state.