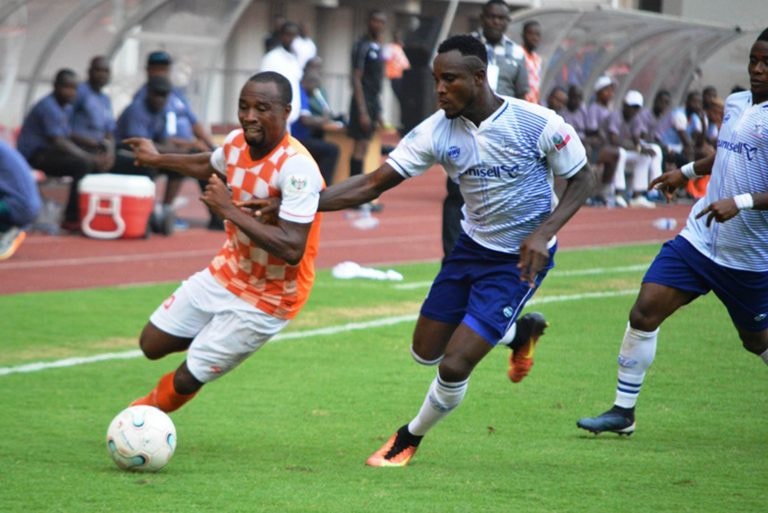 Football comes alive this weekend as two city rivals Dakkada FC and Akwa United clash in Uyo, in a Matchday 10 fixture to be played at the Godswill Akpabio Stadium on Sunday.

Dakkada FC who gained promotion to the top flight last season, have been in superlative form, currently occupying second spot, two points adrift of leaders, Plateau United, while their opponents (Akwa United) seems yet to discover their rhythm, 13 places behind their hosts.

A look at the key factors that will define the fixture, gives clear insight on what football fans in the city of Uyo will be looking forward to when both sides clash on Sunday.

On current form, Dakkada FC have the upperhand, as they have surpassed expectations of pundits, suffering only a defeat in nine games. Kano Pillars are the only team that have beaten the Uyo-based side. The story is dissimilar for Akwa United, who have only managed two wins in nine, and also seen managerial casualty. Isaac George have scored four goals for Dakkada FC, while the team have scored 10 goals, conceding six. Akwa United have scored a goal less and conceded 10. Ndifreke Effiong is the team’s highest goalscorer with four, while Mfon Udoh has seen the back of the net twice.

Dakkada FC boast of a younger squad with players determined to carve a niche for themselves in the top flight. Aside from Aniekan Ekpe, Utibe Arit and Harrison Ibukun who are vastly experienced, the remainder are young lads who developed with the team from the lower league. While Dakkada FC look to have some edge in terms of age, Akwa United take pride in experience garnered by their players within and outside the country. The Promise Keepers will be banking on the likes of Mfon Udoh, Ifeanyi Ifeanyi, Nidfreke Effiong, Dennis Nya, Samson Gbadebo, Ubong Friday, Etim Matthew and others when they face the newly promoted side. The Promise Keepers also boast of a few young players including the likes of Aniekeme Asuquo and Etboy Akpan. Asuquo was part of the Nigerian team in the last FIFA Under-20 World Cup.

Dakkada head coach Caleb Esu came in as an assistant to Emmanuel King, who got the team prepared for the NNL last season. King left the club on mutual grounds, while Esu was given the mandate to lead the team. Esu led the team to gain promotion to the top flight. The story however is not the same for Akwa United, as they have had a couple of managerial changes. Rafael Everton who led the team last season was replaced by former national youth team handler, John Obuh. Obuh was handed a quality assistance in former Sunshine Stars handler, Duke Udi. The duo resigned their appointments following strings of poor results after eight matches. In came Kennedy Boboye, in his first outing needed a last minute goal from Samson Gbadebo to secure three point against Rivers United on Matchday 9. Boboye won the league with Plateau United in 2017. The technical depth of both benches will play a key role in the fixture.

One of the key talking points on Sunday will be division amongst fans at the Godswill Akpabio Stadium. While many of the fans are sympathetic to Dakkada FC, Akwa United still boast of a large fan base, by virtue of the achievements in the past years. A couple of clubs share similar rivalry in the league, example Abia Warrriors and Enyimba, and even the defunct Sharks and Dolphins FC, both of Port Harcourt. One significant attribute that will distinguish the fixture is the fact that both teams share the same stadium. A case study of how fierce and tensed the afternoon could possible be can be traced to the San Siro Stadium in Italy, where AC Milan and Inter share the same facility. Expect some divide on Sunday.

Both teams have the capacity to match each other in all departments. It appears likely that Boboye has found a new bride in Akarandut Orok, handing the experienced forward a starting role in the highly contested Matchday 9 date with Rivers United. The striker who emerged highest goalscorer in the 2008/09 season in the league, scored one of two goals that aided his side’s victory on Wednesday. He will face stiff competition from Harrison Ibukun, who is expected to Marshall the defence of the home side.

The wingers of Dakkada FC (Moses Effiong and Isaac George) will be a concern for Boboye’s side. But they don’t only have them to contain, as the offensive-minded left-back, Imo Obot is also capable of causing some problems when surging forward. Their activities however could be checked if the likes of Etim Matthew and Phillip David are in their right elements.

The battle in the midfield will be interesting. The vastly experienced Aniekan Ekpe and youngster Osimaga Duke of Dakkada FC will slug it out with Morris Chukwu and Ifeanyi Ifeanyi of Akwa United. Ekpe has nose for superb passes, while Chukwu’s physical strength may checkmate his runs. The checks may provide room for Ifeagwu Ojukwu (Dakkada FC) or Samuel Matthias (Akwa United) to become significant figures, as the wingers will be dependent on them for supply.

The fixture is significant to both sides, as victory for the home side (Dakkada FC) may help them pile the pressure on leaders Plateau United, who host Warri Wolves in Jos. On the other hand, Akwa United will be hoping secure a win, to better their position on the log. 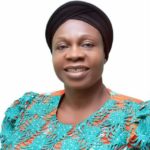