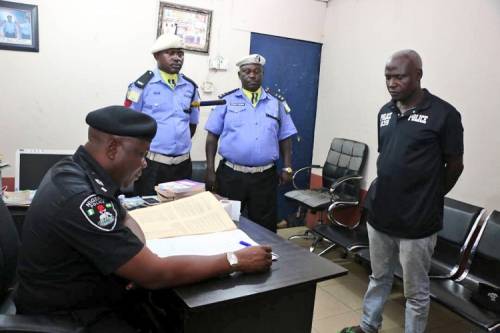 We are in receipt of credible intelligence highlighting plans by the opposition APC to use thugs to invade the Akwa Ibom state House of Assembly and prevent the House from carrying out its legitimate business of law making.

The thugs we have been reliably informed, are camped in Ikot Ekpene and will be conveyed in buses to uyo,. On arrival at uyo, they will be dropped at different locations (Abak road by secretariat junction, Itam junction, uyo village road by ikpa road) from where they are expected to board tricycles in pairs and head towards the assembly.

Another set of thugs are expected to accompany the ousted lawmaker, Mr. Idongesit Ituen to attempt to force his way into the assembly. The motive of this invasion is to prevent the Speaker from declaring vacant the seat of the sacked legislator. This invasion has as its adjunct function, the creation of tension as a feeder to the desired invitation of ‘Federal might’ to close the assembly.

However, the fact of the matter is that by the judgement of the Federal High Court, Uyo delivered in a suit filed by the self-embattled lawmaker( former Honourable Ituen), the court held inter alia that by his defection, he had lost his seat and ipso facto restrained the Speaker or any of the official of the Assembly from recognizing or granting access to the said former legislator.

The Speaker had upon receipt of the judgement issued a statement indicating his obedience of the court order. That having been done, the seat of the ousted assemblyman had become vacant by the operation of law. So the intended invasion is unwarranted and in fact useless, as it’s aims are already defeated.

The only available route for the Former Honourable member and his co-travellers is to obtain an order of a higher court vacating the judgement of the Federal High Court, Uyo which for all purposes is extant.

We have alerted security agencies to prevent any attack on the symbol of democracy. The State assembly must be protected and allowed to function properly without any distraction.