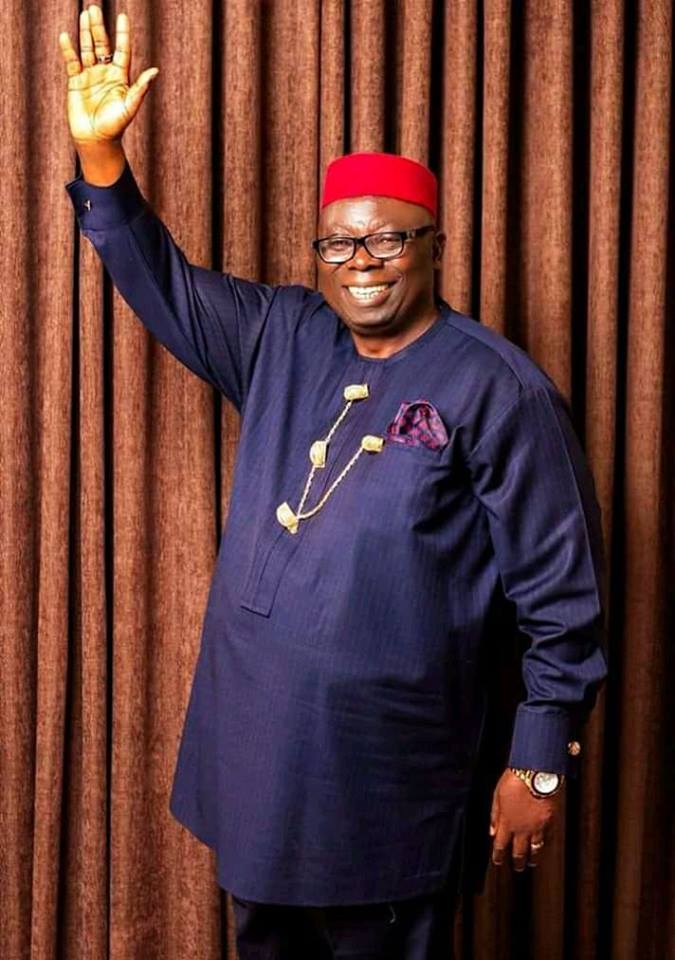 Ekpenyong said Akwa Ibom residents rejected Akpabio because he was not relevant to the people during his tenure as a Senator.

According to him, Akpabio with all the resources available to him “could not leave any sustainable, economic project that will make the people remember that there was a time they had a governor, and a senator.”

Ekpenyong further challenged Akpabio to go to court to challenge the election results, adding that he has been defeated permanently.

Speaking with Vanguard, He said: “how I defeated Akpabio is that the people of Ikot Ekpene senatorial district rejected Godswill Akpabio as the senator representing them because for the past three and half years he has not represented them well.

“We have not heard of any motion that he moved with any relevance on the lives of the people of Ikot Ekpene Senatorial District.

“We have not seen any bill that he has actually produced that will better lots of the people, or change their circumstances. When you heard about Nigeria as being the number one nation in the world with the poorest people, and you look at the place he represents, the interior of Ukanafun, Etim Ekpo, Oruk Anam, Abak and even interior of Essien Udim where he is from, there are no roads.

“And again when you look at three and half years he has been in the Senate and then you add it to the eight years he was a governor of the state with bumper resources at his disposal, he could not leave any sustainable, economic project that will make the people remember that there was a time they had a governor, and a senator.

“That made the people to say well it is better to make a change. So they resolved to vote for me who had been on sabbatical leave for more than twelve years.

“Then he built a Government House as if all the children of Akwa Ibom State will be sleeping and waking up there.

“Is that what a governor is supposed to do? He never knew that people were watching him. So it is a revolution. I defeated him with a total difference of 35,000 and 50,000 votes. You could see it is a classical desire of the people to make a change. I defeated him and he should go home and sleep.

“Let Akpabio go to court. The electoral act has made available medium where you can challenge but for now I have defeated him and the defeat is permanent.”