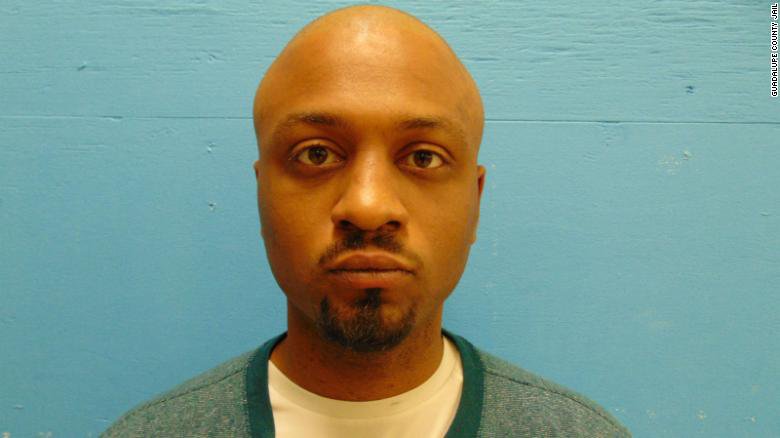 A scary situation in Seguin, Texas, came to a peaceful end when an off-duty police officer apprehended a man who was wearing a surgical mask, carrying a handgun and acting erratically.

An SPD spokeswoman said Albert claimed he was looking for the First Baptist Church in Vidor, Texas, where he planned to fulfill what he called a “prophecy.” Vidor is about 250 miles east of Seguin.

Albert, 33, of Houston, was arrested and charged with unlawful possession of a firearm by a felon.

SPD spokeswoman Tanya Brown said detectives have determined that the 9mm Smith and Wesson handgun Albert was carrying was stolen from a home in Vidor. It wasn’t clear Monday whether Albert is responsible for the burglary, she said.

Albert was being held Monday at the Guadalupe County Jail on a $100,000 bond, according to online records. CNN has not been able to contact his attorney.

Employees at a Mexican restaurant in Seguin told CNN affiliate KSAT they became alarmed after Albert came in with a gun Sunday morning and asked where the nearest Baptist church was. After he left the restaurant they locked the front door and called police.

“The Seguin Police Department is extremely grateful to the citizen who called police,” Brown said. “If this subject was not stopped and apprehended the results could have ended differently.”

The responding officer said Albert had thought he was in a different city, according to KSAT.

Seguin is a city of about 30,000 people located some 35 miles northeast of San Antonio.