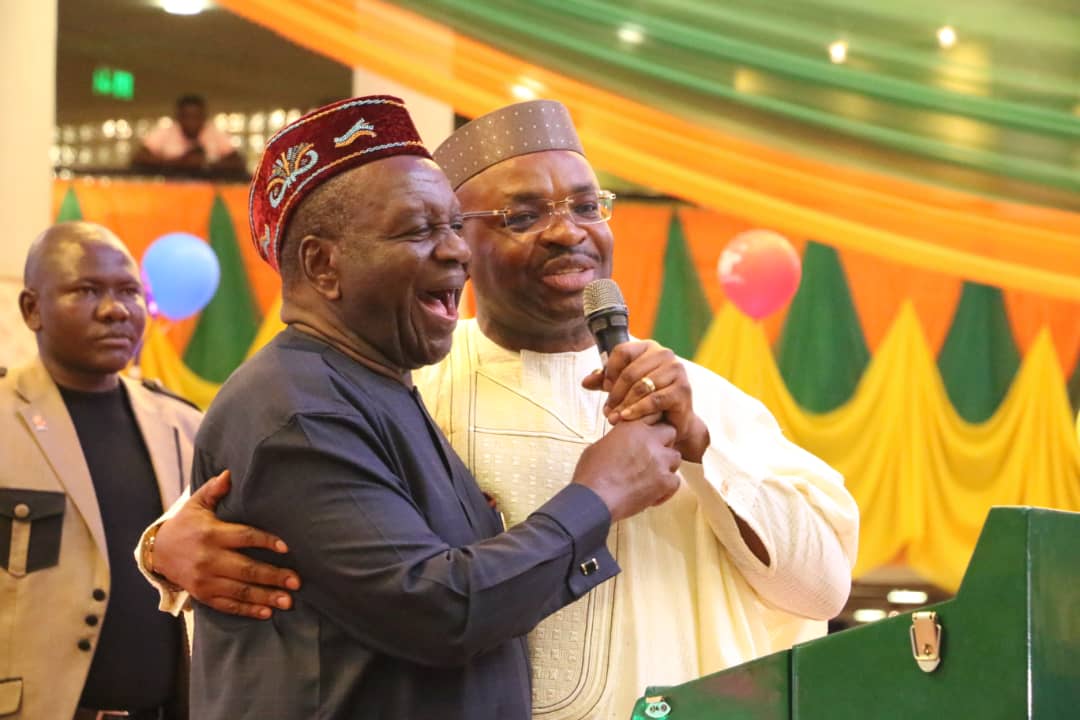 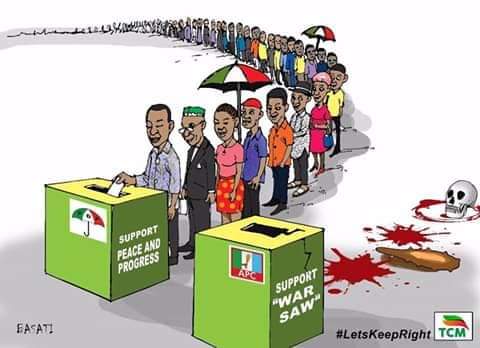 The defining moments are here again and the people of Akwa Ibom State have the sacred task of shaping her future through the ballot. It is a choice that will guarantee peace, physical development, economic empowerment and the strong bonds of a united people.

Akwa Ibom state needs a consummate Akwa Ibom son with eclectic economic alchemy and the requisite experience. A man that has the rare access code to the pumping station of jobs, wealth, opportunities and possibilities.

Akwa Ibom State needs a man naturally configured with charisma, independent mind and great foresight, who has been tested by his own personal industry and expansive records of achievements in creating wealth; and who shows glaringly an uncommon courage for manic persistence to conceive and turn ideas into actionable solutions.

Akwa Ibom State needs a man who intends to have the luxury of time to sit on the drawing board for too long. The world has gone very fast and Akwa Ibom people must chose its next leader not based on primordial sentiments but based on quality, pedigree and anticedents.

If the state requires a leader committed to creating jobs, the natural answer is Udom Emmanuel. Even before he became Secretary to the State Government, he was an investment banker of many years at the highest level, whose area of specialization was in income optimization. Udom Emmanuel had been personal account officer and finance consultant for many of Nigeria’s richest men. You need not search for investors in another planet. Udom Emmanuel had been a licensed trader on the floor of the London Stock exchange and had by the license given him by the FSA been doing financial transactions in the United Kingdom. If you add all these to his personal commitment to the state project, his achivements in office and his penchant for success, the people have a very easy task at picking who leads the state from May 2019.

Akwa Ibom people will judge Udom on the strength of his performance in his current assignment. He has ennobled the office of Governor with remarkable skill, the fear of God, exceptional diligence, elegance and panache. He has demonstrated an extraordinary acumen in the face of seemingly insurmountable obstacles.

A vote for Udom Emmanuel is a vote to continue enjoy the investments made in health care delivery, equipping hospitals with modern amenities such as those of Etinan, Ikono, Ikot Okoro, Ituk Mbang, Iquita, in Oron, Emmanuel Hospitals etc. To further expand infrastructure, Governor Udom Emmanuel had commissioned a 40 apartment residential estate for the expatriates that are manning the key aspects of the Ibom Specialist Hospital ‘s operations. That is in addition to constructing a brand new 300 bed capacity block the Dr Ann Ward Gynecology block at the St Luke’s Hospital Anua including the rehabilitation of the Pediatric and male blocks of the hospital.
Also, old structures and out-dated equipment have been replaced with new state of the arts ones. Secondary health facilities like the General Hospitals in Etinan, Ikono, Ituk Mbang, Ikot Okoro, Eket and other locations across the state are today wearing a massive facelift at various stages of completed and on going work. The physical structure aside, supply of equipment to the hospitals has been another area of government emphasis. 25 of the 100 containers of medical equipment procured from the United States of America have been supplied and disbursed in the state to hospitals. Consequently, functional theatres in the state as well as the newly constructed ones now have modern theatres better than most in the country

Any vote other than Udom Emmanuel is an automatic return to the years when the above named hospitals were overtaken and overgrown with weeds; where reptiles of all manner took up residence in place of patients. Akwa Ibom people will prefer a choice of having these critical secondary healthcare facilities run optimally and where the lives of our people are saved or dwell in the world of propaganda.

A vote for Udom Emmanuel is a vote to continue to enjoy economically viable road network, where every part of the State is covered- parts such as Obot Akara in Ikot Ekpene Senatorial District, where the Nto Edino-Azu, Ekwereazu Road has ended the reign of tears and pain the people of the area had experienced, where children were drowning from makeshift canoes that took them to school daily, or parts of Mbo or Ini Local Government Areas where for more than eight years, not a single kilometre of road was constructed, but today, these areas enjoy good roads.

A vote for Udom Emmanuel is a vote for more industries. The rice mill in Ini will soon flood our State with high quality but affordable rice, Akwa Hatchery is working and producing, the Cassava mills are in operation across the State. In the area of industrialization, through Udom’s efforts at attracting Foreign Direct Investments and the conducive environment he has created, he has been able to attract industries to the State such as the Syringes Manufacturing Company, which today is producing syringes that are used all over this State and the nation.

Anyone who argues that he is better than Udom Emmanuel must justify his massive budget and corresponding achivements for Akwa Ibom people. Governance is not about lies and propaganda, governance is about character, integrity, transparency and doing the job of the people. Governance is not about giving people fraudulent contract papers for road construction. Akwa Ibom people deserve better, they deserve to be told the truth. The era of taking our people for granted, playing on their perceived gullibility is over. Our people deserve a fair deal from those who wish to lead them and not a raw deal.

In all, Akwa Ibom people appreciate good things. So much needs to be done, many more expectations will be met. They will courageously go out there and do the needful at the Governorship elections. The people will return the mandate to a man with the capacity to save the future. The people will not be intimidated by ethnic warlords who are out to plunge us back into the abyss. There is this spirit that emboldens and stirs the passion, the soul and the tigritude of the average Akwa Ibom son and daughter, which once they are sufficiently provoked, becomes irrepressible. That spirit will go with the people and on May 29, 2019 Udom Emmanuel will be sworn in once again as Governor of Akwa Ibom State.