Akwa Ibom State within the last 3 years under Governor Udom Emmanuel has been the fastest growing economy in Nigeria.

The State Commissioner for Information and Strategy, Charles Udoh stated this over the weekend while appearing as Guest on a NTA (Channel 12) Uyo
interactive phone-in programme “60 minutes Live”.

He said in the last 3 years of Governor Emmanuel, Akwa Ibom State has witnessed remarkable economic prosperity as no other state in Nigeria emphasizing that within the period, over 10 functional industries have come on stream to catalyse the economy, open up employment opportunities for youths and boost the industrialization-drive of government.

The Information Boss reiterated that, Governor Udom Emmanuel has made remarkable improvement in all sectors of the economy between 2015 when he came on board and now and particularly mentioned the crash in the high market cost of Garri from N200 for 3 cups in 2015 to the same N200 for 12 cups now with the Governor’s agricultural revolution in the state.

Furthermore, over 5 General hospitals which hitherto remained in a sordid dilapidated condition over the years have not only been reconstructed but have undergone digitization by Governor Emmanuel under his rehabilitation of secondary health institutions campaign for efficient healthcare delivery in the state.

Charles Udoh said, with the realization that, industrialization can only thrive with private sector participation, Governor Udom Emmanuel ensured the putting in place of necessary facilities to attract and earn the confidence of investors such as sound healthcare system, power supply, good network of roads and security adding that in the last 3 years, Akwa Ibom State has enjoyed significant peace and security which has boosted investment and tourism.

Speaking on the scorecard of the Governor, the Information Boss said, one area of note is that, from conception to when every Akwa Ibom child gets his first meal ticket, government takes over the burden of basic education and healthcare off the shoulders of the parents/guardians reiterating that, every Akwa Ibom child irrespective of parental or social background has been given opportunity to rise to greatness.

Udoh explained that, from conception, the pregnant woman gets free medicare in public hospitals in the state, on delivery up to 5 years of age, the child receives free medical services and at age 6 when the child enrolls in primary school, he/she gets free education up to senior secondary education level and when he/she is ready to write his/her WAEC, which gives the child access to his/her first meal ticket in life, government pays the WAEC fee to the tune of N600 Million annually.

He reiterated that all these are conscious efforts by government to ensure that, every Akwa Ibom child is re-positioned to compete favourably with the brightest and best anywhere in the world adding that, Governor Udom Emmanuel is also inculcating in the young minds entrepreneurial spirit of hardwork and integrity to enable them rise to the challenging market forces in their different businesses and ventures for those towing the entrepreneurial path.

Maintaining that, the modern day Akwa Ibom man can stand tall and compete in all sectors like sports, education, agriculture and many more, the Commissioner for Information said, all the sectors of the state economy have received a boost in the sustainable development-drive of Governor Emmanuel which he said is devoid of political, religious and ethnic segments but targeted at the future of Akwa children and those yet unborn.

Reacting to a question on the Ibom Deep Sea Port, IDSP, project, Udoh said, the project is not solely that of Akwa Ibom State but has other facilitating partners like the Federal Ministry of Transport, Federal Inland Waterways and the Nigeria Ports Authority which play vital roles in the development processes of the deep seaport project adding however that, Akwa Ibom State government has on its part, contributed significantly towards the development of the port by opening up a super highway leading to the virgin location, set-up a functional website for useful information on the project as well as called for tenders from investors disclosing that bids are undergoing review.

He urged Akwa Ibom people to get interested in the servicing components of the Ibom Deep Seaport project to partake in the humongous dividends of the project when it becomes fully operational and advised the people to Google and find out areas that can be beneficial to them rather than waste time and energy in insulting the Governor on pages of tabloids and indulging in smear political campaigns which is injurious to investment and development drive of government for the people of the state.

“We have only one state, Akwa Ibom. Let’s rise up as one united people to join Governor Udom Emmanuel to build a huge economic prosperity for our children and generations to come. Let’s burry all political, religious and ethnic sentiments and rise to the cause of Project Akwa Ibom pivoted on sustainable development”, Udoh emphasized. 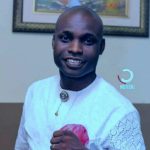