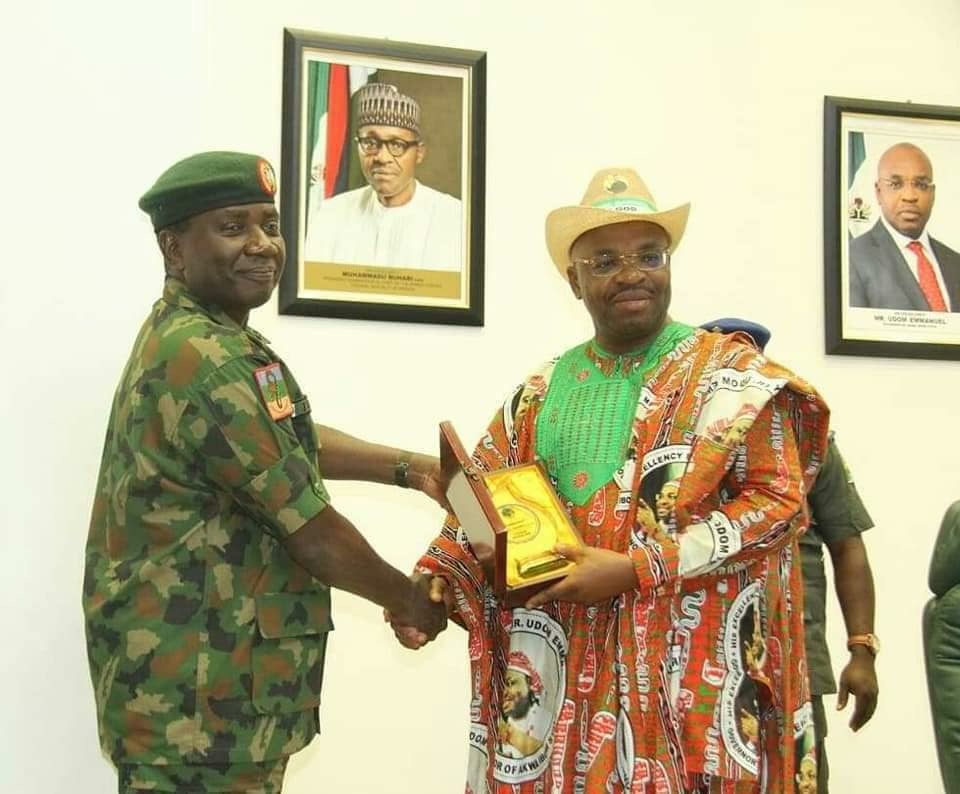 Governor Udom Emmanuel has maintained that insecurity in Akwa Ibom State ended with the advent of his administration in May 2015.
He said that the passion demonstrated by his administration in fight against militancy, cultism, kidnapping, assassination and other criminal vices in the state is unparalleled.

Speaking through the Secretary to the State Government, Dr. Emmanuel Ekuwem, Governor Emmanuel reiterated his commitment towards achieving a more peaceful and safe society encourage the growth and development of economic opportunities.

He thanked the forum for the choice of Akwa Ibom to host the meeting, saying that it could not have come at a better time than now following the remarkable achievements recorded in the area of security, which has earned the state the status of the most peaceful state in Nigeria.
He said the state also ranks as second highest destination for Foreign Direct Investments (FDI).

According to him, “Through a proactive and strategic approach to the management of security, the proscription of all cult groups, partnership with the federal and state security agencies, and an embrace of divine leadership, the state government has succeeded in restoring peace and safety to lives and property in Ukanafun and Etim Ekpo Local Government Areas of the state, which, for some time, had witnessed wanton destruction of human lives.”

The State Executive hinted the technocrats that more than 200 leaders and members of various cult groups in the areas recently surrendered their arms and ammunitions to the government, including the most wanted member of one of the outlawed groups in the state.

Governor Emmanuel however identified the reduction of poverty and minimization of unemployment as the first step to security, which is consistently the focus of his administration’s five-point agenda of poverty alleviation, infrastructural consolidation and expansion, job creation, economic and political inclusion, and wealth creation.

It is evident that the industrialization drive of the state has, among other things, taken Akwa Ibom from a predominantly civil service-oriented state to an industrial hub with about ten industries including the Flour Mill, Metering Solutions Manufacturing Service Limited, Jubilee Syringe Manufacturing Company, Akwa Prime Hatchery, as well as the Akwa Ibom Enterprise and Employment Scheme (AKEES) mini Industrial Park housing the Plastic Factory, Pencil Factory, Toothpick Factory, Bamboo Pulp, Artisan Training Centre and the Paper Factory, with products which command both local and global patronage all aimed at creating employment opportunities for unemployed graduates in the state.

Earlier in her keynote address, Chairman of FSSAM, Dr. (Mrs.) Amina Shamaki, identified the forthcoming 2019 general elections, the setting in of the dry season and its implication on fire outbreak, farmers/herdsmen clashes, road infrastructure, as some securiry challenges in the country.

According to her, voting is a right and also a duty of all eligible citizens which should be discharged with all sense of responsibility. The outcome of every free and fair election is peace, which in turn brings about meaningful development in the society.

Mrs Amina urged the electorate to be wary of political gladiators with selfish interests as the 2019 elections approach, and be protective of their votes.

She called on state governments to collaborate with the federal government to articulate a pragmatic framework in order to tackle the menace of insecurity threatening the country and boost economic growth.