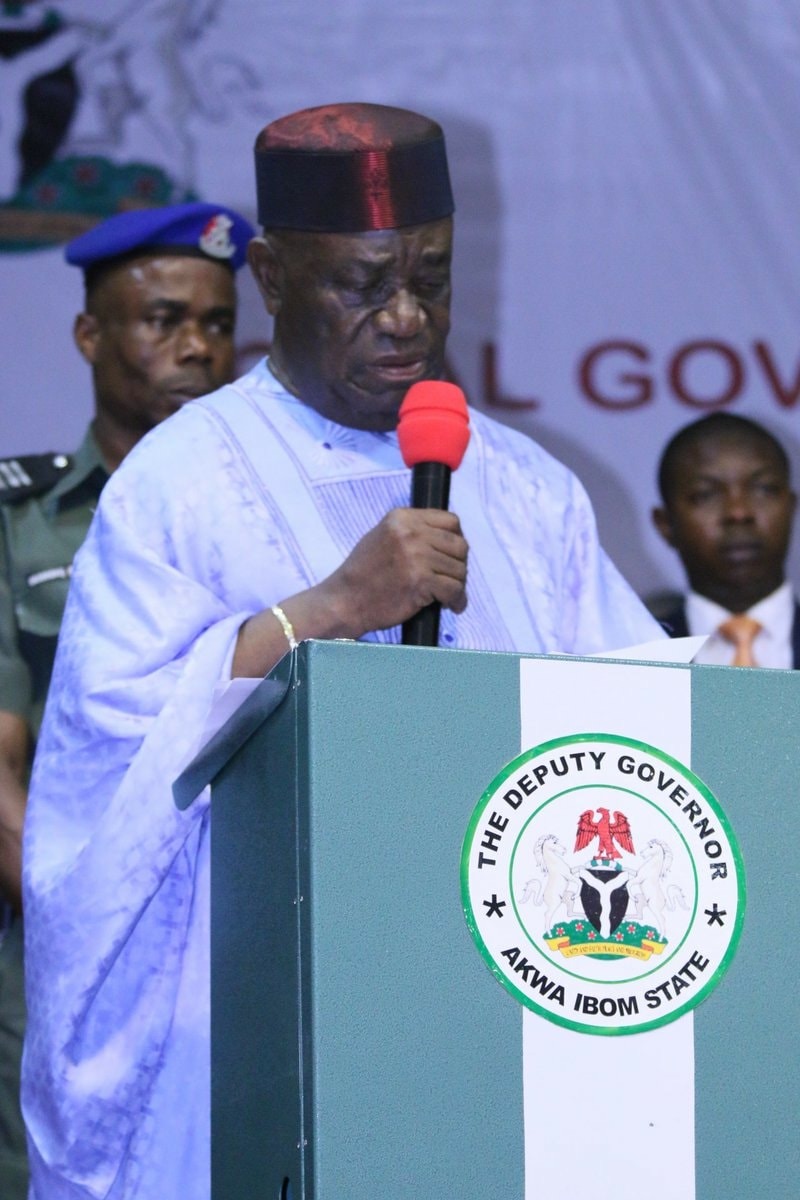 The reports particularly from the online community further make allusions to the effect that the Deputy Governor has also defected from the Peoples Democratic Party, PDP.

Given the temperament of the times and the implications of such innuendos, we are constrained to categorically state as follows:

(i) There is no iota of truth in the story making the rounds.

(ii)The purported report is therefore nothing but a poorly concocted piece of a malicious hatchet job and a pack of lies, and should be appropriately ignored.

(iii)It is instructive to note that currently, His Excellency, the Deputy Governor is representing the State Governor, Mr. Udom Emmanuel as Special Guest of Honour at the 2018 International Convention of Ati Annang holding in New York, United States of America, and is yet to return to the state.

(iv) In his reaction to the rumour from New York on phone today, the Deputy Governor said “I have not resigned. I have no reason whatsoever to resign or jump ship from a government that is both responsive and performing optimally, while giving practical meaning to democratic dividends for the people of Akwa Ibom.  I cannot, and will not jump ship”

(v) To that extent, he has called on Akwa Ibom people, both at home and in the Diaspora, as well as the PDP family in the state to remain resolute and committed to support the Governor, Mr. Udom Emmanuel, to take Akwa Ibom to the next level.